Reporter Tom Roussey of ABC7 in Virginia posted a tweet about an incident 11 days ago, on November 17th at 8:58pm. His tweet depicted a car surrounded by emergency cones and described a subject shot by police and removed from the scene, then in critical condition. Currently standing with a mere two “likes,” the tweet went mostly ignored, aside from a single comment, chilling in retrospect: “Something very strange about this incident. Keeping the name and details very quiet.” This morning, The Washington Post reports that Bijan Ghaisar died Monday evening, resultant from irreversible brain damage after being shot three times in the head by US Park Police in Fairfax County, VA.

The mystery and oppressive silence surrounding this tragedy has not gone unnoticed, however, and the murkiness was central to the original Post report of the incident. “Typically, when one man shoots another man, the county police investigate that shooting. But here, it hasn’t been decided yet who the lead investigative agency will be for this officer-involved shooting, [Fairfax Country Police Chief Edwin C.] Roessler said.” Today, it’s been confirmed that the investigation into this shooting has been turned over to the FBI, who have now confirmed Ghaisar’s death.

Bijan’s family made a public statement about the departed: “Bijan, a first-generation, American-born citizen of Iranian Heritage, was peaceful and avidly anti-violence. He was unarmed. He presented no threat to anyone.” This directly contradicts the limited information given to the public, especially the police statement, which states that Ghaisar’s vehicle fled a hit-and-run crash scene in Alexandria and later crashed at an intersection on Fort Hunt Road in Fairfax. Whether Ghaisar was shot prior to this is unknown, but “A witness told The Post last week that she saw two officers approach the Jeep and open fire at close 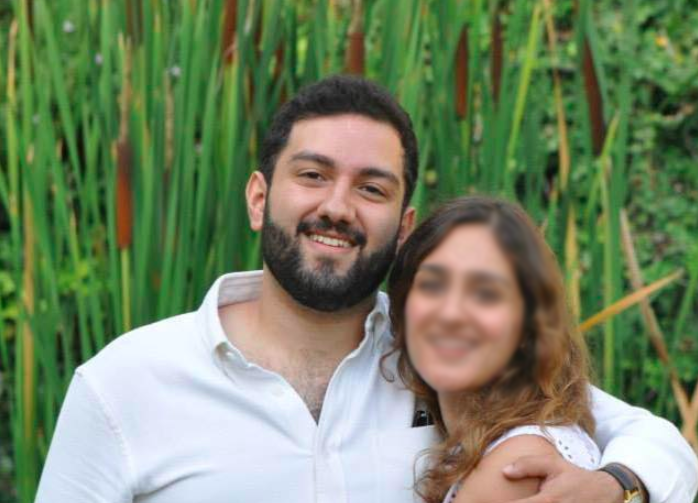 range…Authorities have not said why the officers fired.”

While very little is confirmed about the tragic event, plenty is known about the victim. Bijan Ghaisar was 25 years old at the time of his death, born in McLean, VA to Iranian parents. After graduating from Virginia Commonwealth University—where he was a member of Pi Kappa Alpha—he worked as an accountant for his father James C. Ghaisar’s CPA firm, Caesar & Associates, PC. He was at the precipice of his entire future, was well-known in the McLean community, and “A massive outpouring of grief erupted on Facebook Tuesday from dozens of friends after Ghaisar’s name was made public.” Thus far, there has been no mention of any criminal background or possible reason for why he might have given police chase after an accident or pose a significant threat to arresting officers.

“Based on reporting, it appears that Ghaisar was unarmed and in his car when he was shot three times in the head, which strongly suggests that the police’s shooting was not justified or proportionate. We hope that the FBI, which has taken over the investigation of the incident, will provide a full and fair accounting that takes all angles into account.”

PrevPreviousTrump And Macron Say Iran Should Be Confronted
NextMy Marriage Is Awful, But I’m Terrified Of Being AloneNext