I was recently introduced to Anna Eskamani – she is running for Florida House District 47 which covers Belle Isle, Edgewood, Orlando, and Winter Park. I fell in love with her story and wanted to share it with you. It’s hard enough to vote or even do a fundraiser but to run for office as an Iranian American woman today – my guess was she was a super hero. Once you hear her story, I think you will agree she is that and more. She is 28, highly educated, sharp, kind and crystal clear about the direction Florida and the United States should be heading to take care of its citizens.

Earlier this year, Time magazine selected Anna to join their “The Avengers” cover. I told you she was a super hero. I was curious to find out why she chose to go into politics. She said her parents came to the US before the revolution – was that why she didn’t have some of the fears that many Iranian Americans have about getting politically involved? Did she not get the same memo we all did? What did her parents say to her that was so different than what other parents said? I had to find out. Interview below:

Irandokht: Anna, you are an Orlando native – tell me a little about your parents. And what were their concerns (if any) with you getting into politics?

Anna: My parents are both Iranian but they met in the US. They both came to the US before the revolution. My dad’s family is from Tabriz and most of my mom’s family in Tehran. They were very young and actually met while working in a donut shop in central Florida. My dad was studying to be an engineer. My mom had an accounting degree from Iran.

I remember my dad saying to do good in school and study topics like biology, chemistry and physics. They never said politics. As immigrants, the preference was to stay under the radar. We were a working-class family and my parents had a limited amount of time so they focused on their family. I remember that they took me with them when they voted and how important the Citizenship ceremony was to them. 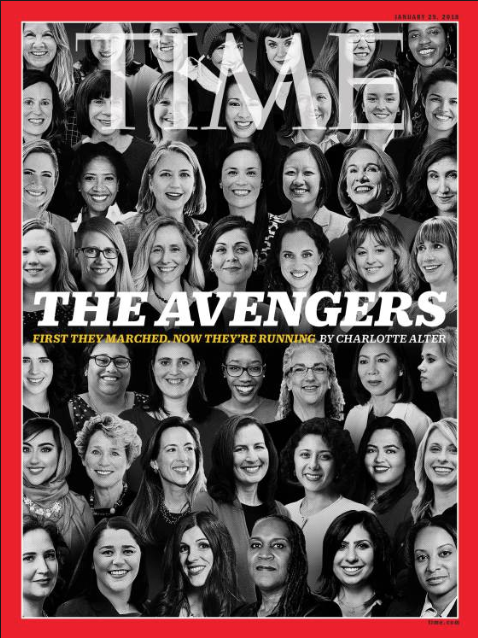 Irandokht: I love that. Many of us can relate to the advice your dad gave you. I read the story about your dad being an engineer and still working a 2nd job on weekends as a customer service representative at Disney and your mom working at K-mart because her Iranian accounting degree was not recognized here…Iranian American parents would stop at nothing to give their kids every opportunity. I saw your mom passed from Cancer in 2004…I’m so sorry for your loss. How has seeing your parents work so hard shaped the decisions you make today?

Anna: My parents are the reason I am who I am today. We were a working class Iranian family – we navigated debt and prioritized hard work and an education. My twin and I shared a room for a long time. We had just purchased a new home when my mom’s Cancer was becoming more severe. My mom was only in our new home a few days… I became her caretaker and was by her side every step of the way but unfortunately, we lost her when I was just 13 years old. My dad lost the love of his life and even though we had insurance, we were still left with medical debt.

I want us to take better care of our working-class families. No person should live in poverty. We need fair wages and we need to support our small businesses and entrepreneurs. We have an affordable housing crisis in Florida with no effective public transit system – this needs to change. We need to fully fund our public schools, pay our teachers properly and ensure access to both higher education and accelerated training programs for our high school graduates.

Healthcare is a human right. Our state has some of the worst healthcare outcomes. I want to expand Medicaid and ensure every Floridian, regardless of pre-existing conditions, has access to world class healthcare. I also want to better align incentives and improve patient safety in our hospitals.

Irandokht: Thank you for sharing such a personal story. I can tell by your voice how difficult it is for you to speak about it. I don’t know how a 13 year old gets past losing their mom to move to the next stage in their lives. I love your passion for women’s rights. I saw you participated in the “March For Our Lives”.

Anna: When I lost my mom, I wanted to know more about her and the world she had to grow up in. I read a lot of history and the challenges women have had to face over the years. It’s because of my mom that I am so committed to women’s empowerment. This includes a women’s right to make her own personal medical decisions, equal work for equal pay and stronger systems to report sexual assault and harassment.

I feel that Florida has left women behind – many don’t have access to pre-natal or post-natal care. How can we expect a mother to take care of her child when they don’t have healthcare themselves? 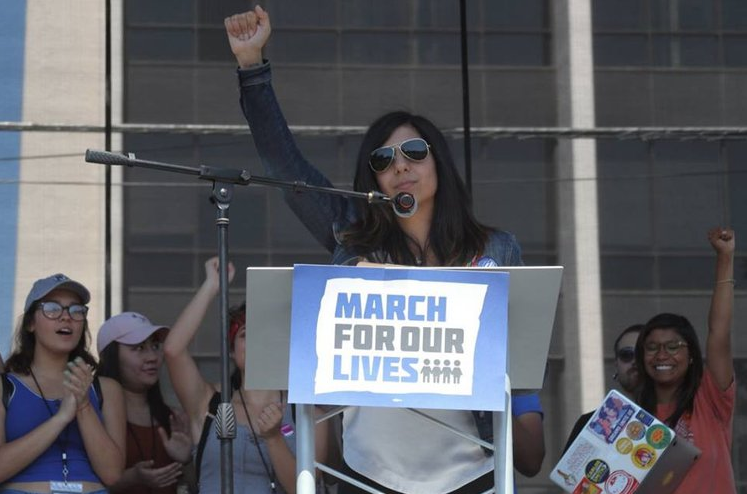 Irandokht: I’m sure your mom is very proud of you and the amazing work that you are doing. Why do you feel Florida needs a change?

Anna: When you look at how our legislature operates, it doesn’t fulfill the need of everyday Floridians. My opponent is heavily backed by special interest groups, groups who strongly influence him and Republican Party leadership. This includes big sugar, fossil fuel and tobacco to name a few. He has an “A” rating from the NRA. This is not want we need today. I’m very proud of the fact that we raised $500K through 4,000 donations. Unfortunately, my opponent prefers ads that focus on lies, scare tactics and misinformation instead of doing debates on the issues.

Irandokht: This is such a shame. I can see why he doesn’t want to debate you! I wonder if the Iranian Americans were not so under the radar and if there would be more education about the Iranian American people, then maybe our fellow citizens would not be so quick to fall for the false scare tactics? How did you feel when your heard about the muslim/travel ban?

Anna: To this day, I am infuriated by it. When I heard about it, I helped pull together a team at the Orlando International Airport to protest and help those coming in. I then attended town halls and helped people navigate this issue. I think Iran and the other countries on the list are there in order to keep a partisan base happy. It has nothing to do with keeping us safe. A lot of violence and radicalization is home grown, and we need to do our part to make sure that when a person feels different or isolated, that they get the help they need to manage that conflict and not turn to violence. What we are doing now is not working – it is designed to scare us and divide us. The fact that we continue to see mass shootings and violence is evidence enough that Trump’s policies are not working.

I would encourage my fellow Iranian Americans to get engaged because their voice is needed…it’s time to be brave and let your voice be heard. Please vote.

Irandokht: Were you bullied through school as an Iranian American?

Anna: Yes, and my first experience with racism was after 9/11. Classmates would make fun of me and ask if I was related to terrorists. Those types of vitriolic attacks still happen today, too.

Irandokht: Is there someone in politics that inspires you?

Anna: My biggest mentor is my 12th grade AP Government teacher – Mr. Christopher Norris. I was following politics even as a kid, but started getting more involved in the arts after my mom died. It wasn’t until his class that I realized how much of a difference one person, one community, and one movement can make.

Irandokht: What would you say to Iranian Americans that shy away from politics?

Anna: I would encourage my fellow Iranian Americans to get engaged because their voice is needed. We need to play our part in this incredible experiment we call American democracy. Our campaign has been symbol of hope. I know that it sometimes feels like your voice doesn’t matter but it’s time to be brave and let your voice be heard. Please vote.

“My Mother’s name is Nasrin” | The Eskamani family story

The Iranian American community has positively impacted the United States and the world from Academia and Business to the Arts and Sports. Iranian Americans are leading some of the biggest companies in the US – Dropbox, Youtube, Uber, Masimo, Twitter, Siemens, Oracle, Qualcomm and eBay to name a few. I hope we show up as a community as make our voices heard by getting to know the candidates and voting for the issues that mean the most to us.

I hope you love Anna’s story as much as I do. At the same time as she is running for the House of Representatives District 47, Anna is working on getting her PhD at UCF where she serves as an adjunct professor. For more information about her campaign or to volunteer or donate, please visit www.annaforflorida.com. You can also follow her on Twitter and Facebook – @AnnaForFlorida #OnwardWithAnna

History has been made folks. Anna Eskamani has become the first Iranian American to be elected to state legislature in Florida!! Congratulations Anna! We are so excited and proud! ???