I don’t know about you but I’ve decided that the only way to identify who to vote for in November is to do the research. What party they are from is less important than how they stand on the issues.

Maybe it’s the skeptic in me but personally I don’t trust ads or association recommendations. The stakes are too high in this election to vote blindly or not vote at all. A friend once shared with me that when you believe in a candidate but don’t show up to vote, you are in affect casting a vote for their opponent and their views. This stayed with me so no matter how difficult and busy life gets – my family, friends and I VOTE.

Mike Levin is running for Congress in California’s 49th district – northern coastal areas of San Diego county including Oceanside, Vista, Carlsbad and Encinitas and a portion of southern Orange County. We have a lot of Iranian Americans in this area so I wanted to learn more about Mike and where he stands on the issues.

Irandokht: What has been your experience with the Persian American Community? What are some of the challenges they have been brought to your attention?

Mike: Chrissy and I are honored to have many friends in the Persian American Community, including strong supporters of our campaign. I think they are concerned with the same issues as everyone else – particularly issues of social and economic justice. We need to treat people with dignity and respect, while acknowledging our common humanity. I worry that the Trump administration is trying to divide us based on country of origin, race, and religion. We must not allow that to happen. Celebrating our diversity is what made America great in the first place.

Irandokht: In my research, I saw that you list 14 issues in the “Priorities” section of your website. One of them is “treating immigrants with dignity”? Why did you select this to be one of your top priorities?

Mike: This issue is personal to me. I am the grandson of Mexican immigrants on my mother’s side. Having not graduated high school themselves, my mom’s parents sent all five of their daughters to college. At age 50, my grandpa became an American citizen, and it was among the proudest days of his life. I want to preserve the values and aspirations of so many immigrants like my grandparents, who dream of the uniquely American opportunity for self-improvement. I will be a strong advocate for comprehensive immigration reform and a path to citizenship for law-abiding undocumented immigrants. I believe we must reduce our immigration backlog and allow our country to attract the world’s brightest and highest-skilled workers to help us better compete in a global market. 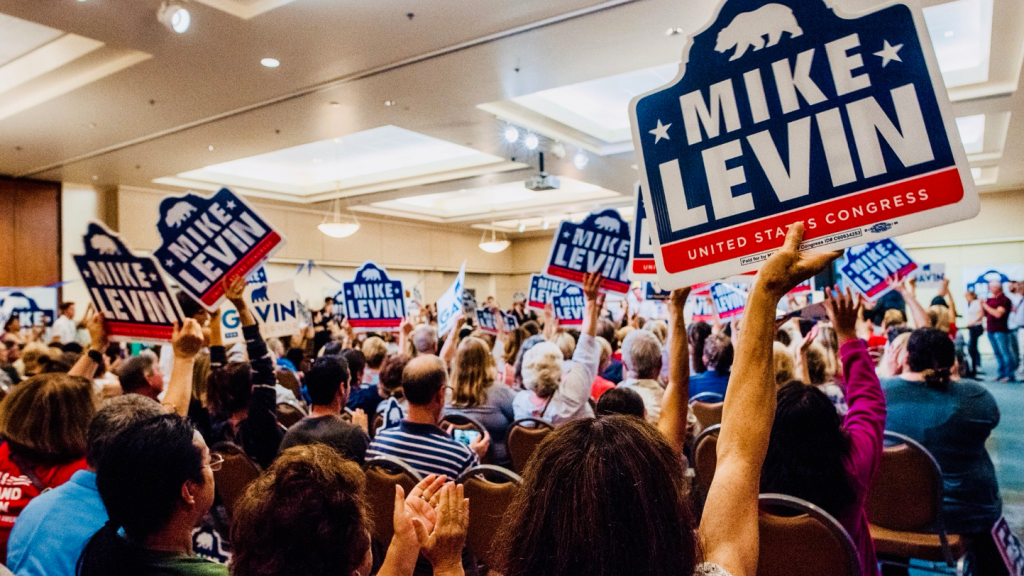 Irandokht: I haven’t seen this with other candidates and commend you for making it a priority. As a parent, share with us what went through your mind when you saw the children being separated from their parents? In court without their parents? In cages? From my understanding, there are still children that have not been reunited with their parents. What is your game plan for helping these children?

Mike: Having two young children, I am horrified at the thought of any child being separated from their parents. We must see that the 300-plus children still separated are reunited as soon as possible. The family detention fiasco has made it imperative that Congress see how to depoliticize immigration enforcement and prevent this from happening again.  This process should not be subject to the whims of the executive branch. Our nation’s immigration officials must be nonpartisan and humane administrators of our nation’s immigration laws.

Irandokht: Our family was also horrified. We couldn’t sleep at night and felt helpless with what was happening. I hope the new congress can help reunite these children. I read that you have raised over $4.8 million for your campaign and have over 150K small individual donors. I really like the fact that you don’t take PAC money. Can you briefly explain what motivated you to decide against all PAC money?

Mike: We made a decision to take no corporate PAC contributions, and I’m very happy that we did. Too many elected officials are beholden to a small group of big corporate interests, and we cannot seek fundamental changes to the campaign finance system if we are part of the problem. We must explore all reform alternatives, including a Constitutional amendment, to curtail and reverse the damage done by the 2010 Citizens United and 2014 McCutcheon Supreme Court decisions. I also strongly support efforts that would allow states to enact their own public financing laws, as well as other measures to improve the transparency and accountability of the campaign finance system.

Irandokht: Absolutely! The gun violence in this country seems to be getting worse and not better. How are you going to help us keep guns out of our schools, movie theaters, etc.?

Mike: I was honored when Moms Demand Action honored our campaign with the Gun Sense Candidate distinction. We need to solve the epidemic of gun violence in this country. As former Congress-member Gabrielle Giffords said, “In the absence of a Congress ready to act to reduce gun violence, we will keep working to create a different Congress.” After recent mass shootings, we worry about being accused of “politicizing a tragedy.” We consider window-dressing “reforms” that don’t get to the root of the problem. We let time go by. We fall selfishly back into the smallness of our daily lives as soon as it’s socially acceptable to do so. In the end, we do nothing. We go through this routine time after time because there’s a leadership vacuum in this country. Those in charge are bought and paid for by the National Rifle Association to rigidly enforce the status quo, and enforce it they do. Then innocent Americans pay the ultimate price for it. I support an assault weapons ban and expanding Brady background checks to all gun sales, including those made over the Internet and at gun shows. I also believe that we must ban bump stocks, while acknowledging that doing so is not a substitute for other gun violence measures. We must also fund research into gun violence from the Centers for Disease Control and Prevention, and fight concealed carry reciprocity. It’s clear that nothing will change until we empower actual leaders to effect meaningful policy reforms in Washington. It’s past time to put people in charge who will actually do something to preempt future tragedies.

Irandokht: Hearing this gives me hope… Why do you think both democrats and republicans connect with your message?

Mike: I want to roll up my sleeves and be a problem solver for the residents of our district. I won’t just be a rubber stamp for the President. I believe that we are better than what we’re seeing from Washington DC today. We’ve got to get past the toxic rhetoric and narrow partisanship. I have a long track record of working across the aisle to advance clean energy legislation, both in Sacramento and Washington. If so fortunate to be elected, I’ll work to serve the interests of everyone in my district as best as I can.

Irandokht: Thank you. I know a lot of Republicans that are deciding their vote based on the candidate and not necessarily the party. What do you think about Universal Healthcare? And pre-existing conditions?

Mike: In the near term, I believe we must work to repair and strengthen the Affordable Care Act. I believe that President Trump’s wanton neglect of the ACA is unconscionable. Many ideas to improve the ACA must be explored, including the implementation of “public option” early Medicare coverage within health insurance marketplaces, and the hiring of new full-time federal enrollment assisters to help Americans enroll. I will defend Medicare and Medicaid, ensure young people can stay on their family health insurance plan, prevent discrimination against Americans with pre-existing conditions, and ensure veterans swiftly get the care and benefits they have earned. We also need to align incentives and prioritize patient safety in our hospitals.

Mike: The Travel Ban set a dangerous precedent. Clear racial or religious discrimination cannot be allowed to pass quietly. It is up to each of us to be loud and push Congress to check this decision. If elected, I will certainly do my part to stand against this sort of discrimination.

Irandokht: I’m glad to hear this. What is your stance on immigration and the DREAMERS?

Mike: DREAMERS are not bargaining chips. They’ve been here since they’re young. We have members of our military who are DACA recipients who are serving their country honorably. In virtually all cases these are model young people – studying and working hard, and trying to do the right thing. As I mentioned, my own grandparents on my mom’s side were Mexican immigrants. They came here when they were very young. My mom likes to call them the “DREAMERS of their day.” We need to preserve the American Dream for all. According to a recent study by the University of Southern California, there are 1,800 DREAMERS in our Congressional district, and the annual GDP loss in our district from removing DACA workers would be $100M.

Irandokht: I’ve heard over and over again that people are very disappointed in the Democratic Party and believe they have been too weak to put country over party. How would you respond to that? Is it just our lack of knowledge with how things work?

Mike: Our government was designed to work with appropriate checks and balances but unfortunately today the political decision making is concentrated in only one direction. I’m proud to be a Democrat. We are ready to govern. We just need the American people to give us the chance on November 6.

Irandokht: What is your message to Iranian American’s that shy away from getting involved in politics and don’t vote because they feel their vote doesn’t make a difference?

Mike: Your voice matters. Your community’s voice matters. Iranian Americans are one of the reasons the United States is as strong as it is. Today, we need you to make your voices heard by voting and supporting the candidates that will stand up for what’s important to you. Together, we can help set the course for this country and our planet. We are a Constitutional democracy and only works if we all participate. Don’t believe those who say that there isn’t a difference between the political parties. If you look at the last two years, you’ll see that’s clearly not the case. We have a choice to take back our democracy on November 6 for social and economic justice. I hope you’ll join me.

For more information about Mike Levin or to volunteer or donate to his campaign, please visit www.mikelevin.org.