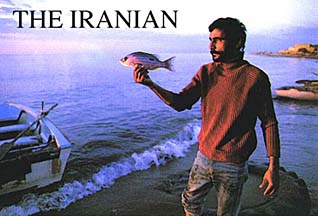 With Jonoob: The South of Iran from Bushehr to Jask (Tehran, 1997), Nasrollah Kasraian has once again brought together photographs of people and places most Iranians know little about. Put a Tehrani in a fisherman's house on Qeshm Island and they would have very little to talk about. They may not even speak the same language, as most people in southern Iran are ethnic Arabs.

But this cultural distance may be narrowing. Iran's largest commercial port at Bandar Abbas is growing in importance because of its future role linking Central Asia with the rest of the world via the Persian Gulf. Qeshm and Kish Islands as well as Chabahar port have special tax-free commercial zones which will help the local economy and increase contact between locals and the rest of the country.

But if the very warm looks, ways and feel of this part of the country do change one day, it's not going to be any time soon. And if and when it does, at least we will have Kasraian's dazzling photos to tell us how it was.