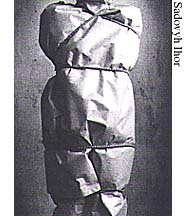 In November 1996, the Committee for Humanitarian Assistance to Iranian Refugees (CHAIR), the International Federation of Iranian Refugees and Immigrants Councils (IFIRIC), the Women's Committee -Turkey Branch (1) and the Women's Commission for Refugee Women and Children conducted a reproductive health (2) needs assessment survey (3) that included 27 self-identified refugee women living in Kaysari, Turkey. Additional, qualitative information was gathered through two focus groups of another 15 refugee women and 12 refugee men. Kaysari was selected because of its large refugee population.

The following findings reveal a lack of access to reproductive health services due to: fear (4), lack of Turkish language skills, insufficient information on available resources and financial constraints, and indicate areas for advocacy and education.

Of the 12 Iranian refugee and refugee claimant women surveyed, 63% had been recognized by the United Nations High Commissioner for Refugees (UNHCR), 30% were awaiting a UNHCR decision and 7% were rejected by the UNHCR. Despite the November 1994 Regulation requiring Iranians to register with the authorities prior to introduction to UNHCR, 83% of those surveyed had not introduced themselves to the government. Only 3% had been recognized by the government and 3% had been rejected. 52% of the refugee women had been in Turkey for more than 6 months; 48% had been in Turkey for less than 6 months. 22% had no formal education, 45% had one to five years of education; 11% had six to eight years of education and 22% had nine to twelve years of education. 40% of the women were between the ages of fifteen to twenty-five; 26% were between the ages of twenty-six to thirty; 30% were between the ages of thirty-one to forty; and 4% were over forty years of age. The average number of children was 3.1, given a range of 1-7 children totaling 84 children. The majority were of Kurdish origin. Most had come to Turkey via Iraq.

7% of the women were pregnant. 3% had given birth while in Turkey. 82% stated that they were not discouraged from learning about sex and the birthing process. 96% stated that men were supportive of women availing themselves of maternal health services. 93% practiced breast feeding.

74% could name three modern forms of contraceptives and had used a method in the past. The method preferences were IUD (62%), the pill (19%) and the condom (19%). 67% stated that they had nowhere to go for services.

70% had not heard about HIV/AIDS. 60% stated that they had some form of vaginitis/infection for which 25% had received treatment and 75% had not.

33% stated that they or someone they knew had experienced sexual violence before or during flight and in Turkey. 26% had heard of current reports of rape, domestic violence or sexual coercion. The survivors of the violence were married and single women, women heads of households and children. The perpetrators of the violence were the police, other refugees, family members and members of the locality in which they lived. 96% stated that female genital mutilation is a common practice in Iran but 89% said that the practice did not continue in Turkey.

Other issues raised by the women were language and safety barriers in accessing services (since most were undocumented and the hospitals required residence permits), as well as the inaccessibility of sanitary napkins. Refugee children also did not have access to education which was of concern to the women surveyed.

Both the refugee women and men stated that security, finances and resettlement in a safe country were primary to reproductive health issues.

Both stated that reproductive health care was not available to those without UNHCR recognition or a government-issued residence permit (6). Both also mentioned that lack of Turkish language skills, security and financial constraints prevented women from accessing services. Both groups gave varying and often contradictory opinions on how to access health care. Refugee men mentioned that the 20% they must pay towards the cost of pharmaceuticals placed a financial burden.

Women refugees stated that reproductive health issues were not easily discussed but that men were, in principle, supportive of their spouses seeking services. The refugee men stated that they supported their spouses' access to health care, but various constraints prevented that access. They also stated that cultural and religious constraints prevented some women from disclosing their health problems to their spouses. Since husbands were often times the women's link to the public sphere, they mentioned that the situation forced them to become more involved in their spouses' problems that they would have like.

Family planning was acceptable to both refugee women and men but both mentioned that "mistakes" could often occur. Women would use a contraceptive method if available. Methods of preference were pills, condoms and IUDs. Men stated that many of their spouses were sick because of the contraceptive methods used or had uterus infections. The refugee men also mentioned that family planning had been used by the government of Iran to either promote or discourage family planning, through contradictory religious reasonings, for the sake of political opportunism.

Contrary to the needs assessment findings, the refugee women in the focus group stated that they had not faced or heard of reports of sexual violence (including domestic violence) before or during flight and in Turkey. They stated that their spouses were "good Muslims." On the other hand, most of the refugee men admitted that domestic violence existed but blamed psychological and security pressures which cause the breakdown of the family. They agreed that such violence was wrong, had intervened in other homes where violence had occurred but admitted committing abuses themselves.

In a meeting with five UNHCR staff, including UNHCR Representative Barry Rigby and Regional Advisor on Refugee Women Issues Nara Luvson, it was recommended that the UNHCR:

- inform the hospitals that they were to request only UNHCR recognition letters from the refugees and not government-issued residence permits;

- allow refugees access to both hospitals in Kaysari since a baby had died during delivery in the state hospital and women preferred access to the university hospital; inform recognized refugees about the resources available to them, including access to sanitary napkins at the UNHCR pharmacy paying only 20% of the cost. Since this was not mentioned in the UNHCR pamphlet handed to recognized refugees, it was requested that this information be added;

- add girls of reproductive age to the list sent to pharmacies so that both mothers and daughters can have access to low-cost sanitary napkins;

- provide women translators so that refugee women may better access the services; remove the requirement that refugees must pay 20% toward pharmaceutical costs.

The UNHCR agreed to implement all of the above except the last two recommendations. They stated that translators were too costly given that refugees were divided in numerous cities. Also, the 20% requirement was similar to that required of Turkish nationals and could not be eliminated. On the matter of translation, it was requested that the UNHCR reconsider its decision, given that female translators were critical in gaining access. On improving the UNHCR pamphlet to address the reproductive health needs of refugee women, the UNHCR agreed to work with the Women's Committee-Turkey Branch.

It was recommended that the UNHCR provide reproductive health services to refugee women whose claims were pending with the UNHCR. The UNHCR stated that it would provide emergency health services up to $1,000 for pending refugees if it was a doctor-affirmed emergency.

Given that UNHCR rejected refugees did not have access to the above-mentioned services, one hospital was approached to provide free services to this group of women.

Upon receipt of a fax from IFIRIC, the hospital agreed to provide free services to those refugee women. To cover pharmaceutical expenses, Women's Committee members in Kaysari decided to organize a fund, sharing such expenses among them.

2. To Provide Refugee Women with Information on Reproductive Health and Rights:

The Women's Committee and IFIRIC are to develop fact sheets on various issues raised, including domestic violence, female genital mutilation and HIV/AIDS. UNICEF has also been approached to develop educational resources for women and children.

Although a majority of refugees worldwide are women, their reproductive health needs have rarely been addressed in a comprehensive manner. Agencies working with refugee women have often excused their gender-insensitivity by asserting that food and shelter have precedence over sanitary napkins(7). Even though resources for survival, security and resettlement in a safe country are of primary concern to all refugees, lack of access to comprehensive reproductive health care, precludes refugee women's full participation in asserting and promoting their rights.

1) The Women's Committee is also known as the Campaign for the Defense of Women's Rights in Iran - Turkey branch. CHAIR is a member of IFIRIC and the Campaign.

4) On November 30, 1994, the Turkish government issued the Regulation (Decision 94/6169) taking over the refugee determination process from the United Nations High Commissioner for Refugees (UNHCR). The Regulation has increased insecurity and facilitated deportations. This situation has created a two-tier system in which many have introduced themselves only to the UNHCR and not to the Turkish government. Despite the Regulation, many refugees are refusing to acquiesce to the current arrangements and are therefore undocumented and in constant danger of deportation. (For information on the legal situation in Turkey, see IFIRIC's report entitled "Turkish Government Regulation Violates Refugee Rights: A Report on the Perilous Situation of Iranian Refugees in Turkey," May 1997.)

5) Focus group findings may contradict one-on-one survey findings. The group setting prevents women from freely disclosing certain matters; on the other hand, women are able to provide a more in-depth sense of the issues involved in such a setting.

6) The UNHCR has reached an agreement with a public hospital in Kaysari in order to meet the health needs of the refugees who are recognized by the UNHCR. Even though most women were recognized by the UNHCR and should have had access to the hospital, most feared to access health care because the hospital required a government-issued residence permit (which most don't have as they are in hiding from the government of Turkey), as part of their intake process.