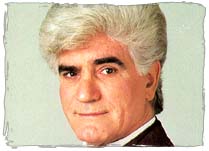 I think it was an overcast Tuesday night. JJ had stopped by my place and we were on our way to the famous "Cafe Abu ReyhAn-e Birooni" in Menlo Park, California, for some of their incredibly delicious tiramisu & Earl Grey tea (okay, I'll confess, and for some "eye-grazing" too). The real name of the establishment is Cafe Borone, but through the years it has transfigured into "Cafe Birooni" amongst Iranians...

Anyway, before taking off, I asked JJ to listen to an "unusual" Vigen tune from the 60s. I played the CD for him and he immediately asked me if he could borrow it. I guess the tune must have made an impression on him... Soon after he told me that it would be perfect for the next issue of The Iranian and asked if I could provide some background information on it.

As a fan of Iranian pop music of the 60s and 70s, I always try to buy whatever I can get my hands on, searching particularly for gems that were released before I was born, or ones that I missed when I left Iran at a young age. 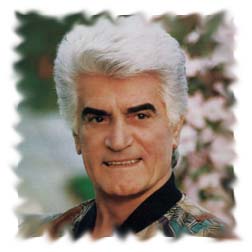 In a way, the music of this era has become somewhat of an umbilical cord that connects me to my homeland and it continuously reminds me of the fact that my native language is beautiful Persian, and not English! God knows how much worse my already poor Persian would be if I didn't listen to those songs every day... (btw, is eesAr with a sin, sAd or sey-e se noghteh???).

Yeah, the recordings may not be as clean by today's standards, but to me, even those little scratches bring back special memories -- for example those little "Fiat 1000" taxis with the portable record players, with pictures of Jamileh and funny stickers like "Beemeh bA abol-fazl" stuffed underneath the vinyl covering its doors. You could always count on hearing a good Vigen tune (albeit scratchy) when going from Tajreesh to Meydoon-e Vanak.

Unfortunately, I don't have a whole lot of detailed info about this particular song, but here's what I managed to dig up. For starters, the song isn't actually Iranian! Back then it wasn't too uncommon to put words on foreign tunes and release them. Anyone remember Googoosh's "Abeli, Abeli, Abeli, in lAhAf"? ("I believe, I believe, I believe in love", with a slight accent). I suppose the lack of international copyright laws encouraged this practice somewhat.

You might be surprised to learn that various foreign artists have also taken Iranian tunes and sung them. Yes, really! For example, the song "SoltAn-e GhalbhA" by Anooshiravan Rohani has been sung by several artists in several languages. So has "MordAb" by Hassan Shamai'zAdeh/AradalAn SarfarAz. I'm sure you might be a little bit skeptical about this, so here's some proof! The picture below is from an album by a Swedish singer by the name of Gina Jacobi who sang Googoosh's "kieh kieh" (by Shamai'zAdeh/SarfarAz):

The words on the right hand side are in Persian ("posht-e divAr-e delam, yeh sedAy-e pA miyAd..."), but she actually sings the song to Swedish words, also included on a different page in the CD insert...

At any rate, "AsemAn-e Abi" is an Italian song written in the early sixties by a guy named Fred Buscaglione. The name of the song is "Love in Portofino". Portofino is a little harbour town, on the Ligure sea, 20-30 Km southeast of Genoa. Interestingly enough, the first line of this Italian song is in English, while the rest of it are in Italian. Here's the intro verse:

The way I came across this info is pretty interesting. I posted a message on the soc.culture.italian and rec.music.iranian newsgroups asking if anybody had heard of such a song. A few days later a university professor by the name of Dario from Milan wrote back and sent me the Italian lyrics and later the notes to the piece. There's the power of Internet for you...

btw, you can order the original version of this song through an online CD retailer if you'd like.

The Persian version of the lyrics were written by Parviz Vakili, who was a longtime collaborator of Vigen. Vakili is considered one of the fathers of modern "tarAn-e sarAyi" in Iranian pop music.

The arrangement for this song was done by a Spanish musician by the name of Alvaro Sebastian. Reportedly, back then Sebastian was invited to Iran every once in a while to arrange some music for Vigen and others. Sebastian has a very distinctive style and often used trumpets, saxes, clarinets and even oboes prominently in his arrangements. Of the 100 or so tunes of Vigen that I've heard, this one has one of the best arrangements. 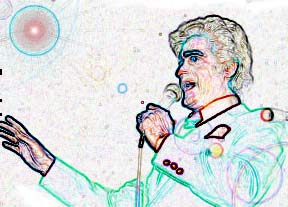 What can I say about Vigen that hasn't been said already or isn't obvious? He's adored by three generations of Iranians. He's sung more than 700 songs in a career that spans over 50 years. At 70-something, he's still full of life and energy (despite recent surgery) and his voice is as beautiful as ever. Currently, Vigen is on a tour of North America along with the rest of his artistic family. Unfortunately I missed their concert here in the Bay Area, but the reviews have been excellent. Catch it if you can; there'll never be another Vigen.

If you liked AsemAn-e Abi, there are two other Vigen songs in the same style that might also be to your liking. The first one is called Zeer-e BArAn and the second Nasim.

I have even less information on these tunes (thanks to the record companies that don't bother including liner notes or at least the names of the composer/lyricist/arranger), but my guess is that Zeer-e bArAn is a Spanish pop tune, also arranged by Sebastian (the great trumpet/sax work give it away), to words by the immortal Vakili. In some ways, these tunes remind me of Desi Arnaz of the Lucille Ball Show doing the "Babaloo" with his band!

The last tune, Naseem, could be straight out of Duke Elington's back pocket. Once again, I put my money on Sebastian and Vakili as Vigen's collaborators. It's a fantastic tune that transplants you straight into the Chicago jazz clubs of the 50s...

Well, I hope you'll enjoy these three off the wall tunes by Vigen as much as I have. If you'd like to purchase your own copies, they're available from Taraneh Enterprises on CDs titled "Viguen 3" and "Viguen 4".