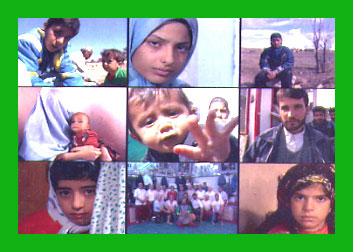 Mahyad Tousi, who will be present at the screening, takes us into Iran for an intimate portrayal of disadvantaged children supported by the Child Foundation. In 1994, two cousins, one in the U.S. and the other in Iran, started a charity to help children from low-income families to stay in school. in 2003, as the first generation of these children graduates from college, it is the largest Iranian charity organization in the world. Since its creation, the Child Foundation has helped more than 10,000 children in Bosnia, Afghanistan, Turkey, Iraq, and Iran. (English/subtitles)

Tousi is an Iranian-American independent filmmaker and documentarian living in New York City. Born in the US, he grew up in Iran during the revolution and the ensuing war with Iraq. He has written, produced and directed several of his own projects under Tousi Productions. He is currently writing a narrative feature scheduled for production in both the US and Iran during the fall of 2006. Festival index