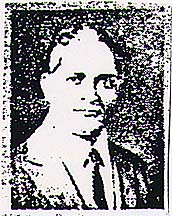 Dr Abol Ghassem Bakhtiar
A portrait of my father

The lemon tree died last summer. It was in our village of Zarand for 60 years. Abol planted it in 1935 and when it bore fruit he would bring the lemons home to Tehran for special sweet summers of lemonade. And always, the lemon juice was saved for winter soup served in the china soup bowl each evening.

Memories of going to Zarand in our car was very rare then. Our car was started by a crank in the front. Abol driving me -- I was seven years old -- in the back, laughing and laughing as we bumped over the dirt roads to the village that had been given to Abol as a gift from a grateful patient.

I gazed at the past and saw Tehran. I listened for the sound of camel bells. When I tried to grasp it, it disappeared in time as I followed the ancient way to my past.

Glorious was the only way to describe the life we had in Tehran which was ultimately sacrificed to nothing. The winters were bitter cold. We were warmed under a korsi with red hot charcoal and drank water from the British Embassy. The taste of the water from springs in Shimeran was heaven both in taste and abundant flow.

Our life in Tehran was not based on material things. Living with no electricity and no running water, life was deeper in emotional intense feelings. All those moments. Who could count them all. Never know what you would find: Bottles with a secret message inside thrown from a pirate ship, Persian carpets, the taste of bastani, hearing Abol reciting Ferdowsi, scent of the rose yellow flower, embroidered silk, old fairy tales of the love of the moon for the sun.

I could hear Abol's shrill voice crying, wailing LA-ELAHA-EL-ALLAH way into the night and his cheating heart.

We slept on the roof in hospital beds made of iron tubes. Mattress of black with white sheets. In our house, which was also a hospital, Abol operated on patients with my mother Helen assisting with anesthetic with a white gauze over the nose of the patient and drops of chloroform.

Abol gave his name to everything. He was Reza Shah's personal physician and the first American-trained physician to return to Tehran, demanded by all the rich and famous. He had also struck it rich in New York City before returning to Iran in 1931. His tremendous success matched the gathering dark clouds of his gigantic anger and supreme, dark, unfaithfullness.

He was born in Boroujen near Isfahan. A whacking fine stick had scarred his feet at school until he was eleven and he took a job in a tea house serving tea and lighting pipes. His mother died when he was one. He worked for a traveling salesman walking with him on a donkey to villages to sell material and houselhold items. He started a shop of his own but one night it was broken into and everything was stolen.

He was accepted at the American School in Tehran run by Christian missionaries with Dr. Jordan as the head. This was a chance to escape the place where cycles and cycles of generations had lived. Thunder of rebellion boiled in his guts. America was on the horizon.

Hopeful after finishing the American School in Tehran in 1918 at age 35, he found himself among the moaning moving multitude at Ellis Island. He struggled onward to Columbia University where he arrived too late and -- God save him -- he walked to South Dakota for undergraduate studies and then Syracuse University medical school. He threw his graduation hat in the sky in 1926. The chestnuts that shaded him were in bloom. He wanted to live and live to outlive himself. He died in Tehran in 1971 and is burried in Tus by his beloved Ferdowsi.

* Also by White Cloud
- Tehran: Too sweet to be true (With photos of old Tehran)
Personal memories from the 1930s.