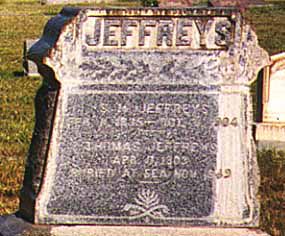 By White Cloud
February 1997
The Iranian

In the middle of the night, under a black sky, into a sweet scented night, I took a journey to where my mother, Helen, was born in 1905.

The harmonica played "Yesterday's Wine" on the blue Mustang's radio deep in Idaho. Swept along, I whispered Helen and home on the Oregon Trail. There were traces of wagon wheels where the Jeffreys settled in cabins with climbing roses, raising cattle on sweet western grass. Weiser, Idaho, the light on the mountain, a lonesome whistle stop, in the violet valley, under a peachy moon.

I was searching for my mother's family who came from Ireland and England to America, then in covered wagons from Kentucky in 1875 to Nez Perce River. This was the land of my mother, Helen; Grandmother Nellie Sophronia MacRoberts, Great Grandmother Ruth Sophronia MacKey, Sarah Elizabeth Anderson, and Great Great Grandmother Mary Kickerson. The family spread was 650 acres of virgin land under the western sky.

Home -- home on the range where the deer and the antelope play. Ah, that sweet scented grass at sunrise where the cattle roamed by the snake river now past; where ghosts of buffalo cast crimson shadows where they died.

I slept with the moon in Idaho and rose with the sun on a clear day in June 1994 on Highway 84 from Boise to Weiser, passing potato farms and gardens with roses and pink Hollyhocks touched with dew. Across the bridge over the snake river I entered Weiser, white as a ghost holding my past like one blossom in a glass vase fragile and divine.

I saw lilacs on the hill and a museum. Weiser High School and Hillcrest Cemetery on Indianhead Road where illusions come and go. The town sits on four main streets in a line where my ancestors were born and died: West 7th, State, Main and East 7th streets. When winter seemed endless, they forced branches of forsythia, crab apple, beech, pussy willow, catkins, quince, cherry, dogwood, pear, privet, red maple, goose berry, weeping willows, and witch hazel for a bit of welcome color before spring.

The old rugged cross stood by the white gate of Hillcrest Cemetery, open wide into tall shady elm trees, high on a hill, overlooking the town where they once planted yellow daffodils for spring. Never knowing me.

Fourteen Jeffreys' headstones stood facing west at sunset now silent at rest. Silent too the Indian drums and millions of buffaloes destroyed in a cloud of dust. "I sometimes think that never blows so red the rose as where some buried Caesar bled," wrote Omar Khayam.

My ancestors now fast asleep once lived in gardens where hyacinths bloomed. When I was nine, I came from Tehran to live with them in Los Angeles, where they had moved. Mary, my aunt, crocheted white squares for tablecloths and bed spreads. She taught me how to make my bed. She worked at Sears and wore a purple coat with a fur collar. Her twin sister Mildred died in the year and month I was born, July 1, 1930, in New York City with tuberculosis.

Grandmother Nellie let me eat cookies before dinner. Grandfather, Captain James Woodsen Jeffreys, took me to the American Legion Christmas party for a bag of oranges and walnuts and paid for my Art school. Uncle Jimmy made his mom laugh and teased me 'til I cried. Uncle Oliver came over on Christmas day with his wife Maud who would darn his socks before dinner even though they were millionaires from his medical practice in Manila. After dinner, I would sing "I'm dreaming of a White Christmas." Helen, born in Weiser, buried in Tus, Iran, with a golden heart, loved the music of a distant drum.

During my visit to Weiser the fiddler played, "Orange Blossom Special," at the Old Time Fiddler's Contest at the high school gym. I put a rose in my hair, wore a beaded vest and a broomstick skirt and black suede boots. I met the mayor of Weiser, Chief Cherokee (Keith Jones) and remembered Papa who was Mayor in 1919, a year after returning from Paris and victory in World War I.

The rust color river flowed by the green banks of land and a cabin stood in the meadow where we were all separated but our spirits still brought us together in Weiser. "River stay away from my door," played on the radio as I left the place I call home, Weiser, my Idaho. **Yahoo**