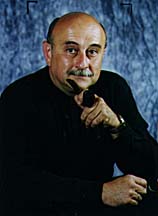 1976: Associate Field Producer for ABC Television news based in Tokyo with assignments in Korea traveling with the President of the United States.

1968-1975: U.S. Army. Assignments included the Office of the Chief of Information at the Pentagon and as a photo journalist and editor with Pacific Stars & Stripes, the official armed forces newspaper in South East Asia.

Tales of The Persian Gulf Command - tells the stories of a group of American truck drivers, who had been exempted from military service in World War II because their jobs were critical to the war production effort at home, but chose to enlist in the Army anyway. The volunteered for a "secret mission" which took them to Iran on the long and treacherous road north to the Russian front. One hour documentary with original combat camera film from Soviet and American side.

Project Zebra is the story of French and Russian pilots who came to the United States for training on the PBY Catalina flying boats. Interviews with American, French, Russian and Canadian veterans tell the stories of the planes and the missions they flew. One hour documentary with detailed footage in the air and on the water.

The Soviet Military 1917 - 1991 - made in cooperation with Gostele Radio archives, the program tells the story of how the armed forces of the Soviet Union evolved from the defeats of W.W.I to their pre-peristoika days of power. One hour documentary with animation of the aerial ramming technique known as Taran.

Mystery on the Pasquotank - article written with Tass Correspondent Igor Borisenko for Echo of the Planet and Red Star detailing the crash of a US Navy PBY Catalina bound for Russia in 1944 which killed 5 of the 9 aviators on board. The bodies of the Soviet aviators remain unaccounted for to this day.

Burgener has been married for 26 years and has three children.