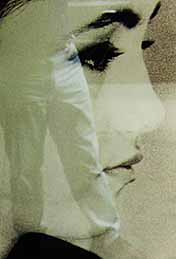 Muslim women need to come up with alternative strategies and solutions to problems which are unique to their societies. And unlike the approaches of their counterparts in the West, these strategies need to be broadly inclusive. Specifically, I am referring to the inclusion of community and grassroots women and men, from all socioeconomic and educational levels, in dialogues concerning women's rights and development.

I had the distinct pleasure of attending the second day of a conference titled "Beijing and Beyond: Implementing the Platform for Action in Muslim Societies" organized by Sisterhood is Global, Inc. (SIGI).

However, as inspiring as this conference and many similar events are, they often fall short on the issue of inclusion. It is especially important for women from Muslim societies not to pattern their agendas for action on models of Western feminism which have failed to include issues of class and race.

Although I would like to commend the handful of men who did manage to attend the SIGI conference, I was disappointed at their low turnout. I don't know why more men were not present. Perhaps it was the nature of the conference, which centered on women's rights, or maybe it was a slight on the part of conference organizers.

Nevertheless, when we talk about women's rights in Muslim societies we cannot talk about these rights out of the context of the family, the community, Islam, and national and international development policy.

Men are an essential component to any dialogue which concerns itself with the rights and status of women, especially that of Muslim women. As fathers, brothers, sons and husbands and as members of communities who often hold the power, men need to be present at the table to listen, understand and help implement programs designed to achieve communal goals of progress and development.

This is not to say that women should not be accorded a separate space and time in which to identify impediments to their progress and strategize on a course of action designed to improve their lives both locally and globally.

I do believe that women should continue to lead such dialogues and identify strategies for action. However, it is my contention that any development and human rights agenda needs to build on the strengths of communities. We all gain from advancing the status of women in our countries. For this reason, we all need to be partners in achieving our goal.

Grassroots and community level women are yet another group whose absence is generally felt at these events. Although conferences are a necessary forum for the exchange of information and ideas, they are by their sheer nature exclusionary.

These events are only accessible to those who have the means to attend. This includes first and foremost those who have been targeted as potential attendees and presenters and those who possess the financial means to pay for travel, conference fees and lodging. So, even among the most notable and distinguished representatives, there remain only a few who can take part .

Additionally, conference organizers need to be aware of and accommodate special needs such as child care, family obligations and cultural issues which might impede participation in such events. Religious considerations, such as the allotment of time and space for prayer, need to also be a central focus at events addressing Muslim women's needs.

The fact that female university professors, scholars, researchers, board members and executive directors of national and international organizations represent only a minute percentage of women in Muslim societies, is an unfortunate reality. Although these women can represent and voice some of the common concerns of the vast majority of women who live in Muslim societies, they cannot and should not be the sole source of representation.

A more inclusive format for conferences and information sharing events should accommodate the needs of women, especially women who are economically disadvantaged. Women who enjoy economic and educational advantages denied to or not available to the vast majority of women and even men in Muslim countries can fairly be classified as the elite.

Elite classes occupy a separate space and status in Muslim societies and have a different frame of reference for their experiences, much of which is colored by their contact with the West, specifically by their education, which is often Western in origin. Because of the gulf of difference in experiences, one cannot fairly frame the needs of millions of Muslim women in terms of the needs of this small elite minority.

As citizens who are demanding equity in our societies, women of the elite classes need to realize the dynamics of their own power relations not only with respect to men but with respect to other women. Women's rights in Muslim countries cannot be a dialogue by and for women of elite classes.

My intention is not to downplay the essential role that scholars, researchers and national and international advocates play as catalysts for change in the process of advancing the status of women. However, I am claiming that a more concentrated effort needs to be made in allowing and facilitating the representation of grassroots level members of Muslim communities in all stages of the process to create change.

As Muslim women we need to first have a dialogue which acknowledges the fact that some women have enjoyed certain advantages at the cost of other women. We cannot ask men to give up their power if we are not willing to give up ours. Most of all we need to acknowledge and begin to rectify the fact that we have been party to the oppression of the women we claim to be helping.

Through empowerment, the goals of development, human rights and women's rights will be something that individuals and communities accomplish for themselves. This is the only way we can begin to end the disenfranchisement of the majority of Muslim women in local and global arenas.

This type of democratic representation and inclusion should be the first step in a positive effort toward changing the status of women in our societies.

Women such as those present at the SIGI conference need to facilitate and not lead the process of change. They need to be the bridge that gaps community identified needs with the national and international agents of change.

This will require those who have always enjoyed status, power and recognition to relinquish their power and much of their agenda and begin to listen to solutions by and for the very women they claim to represent.

Last Updated: 12-Jul-96 Web Site Design by: Multimedia Internet Services, Inc. Send your Comments to: iranian@interport.net.
Copyright © 1996 Abadan Publishing Co. All Rights Reserved. May not be duplicated or distributed in any form.