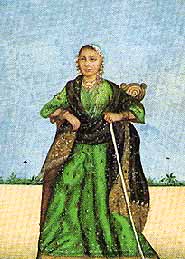 The approach to divorce in the Zoroastrian community seems to have changed considerably in the period following the Arab conquest. The early 9th-century Revayat of Aturfarnbag Farnbag-Strosh mentioned divorce in the case of a man whose wife is "bad" and "insubordinate" and who sleeps with non-Iranians whilst her husband is away from home.

In such a case the legitimate marriage is dissoluble, provided the wife consented. But the husband may choose to keep his wife with the intention to improve her, because by "doing so he reinforces the truth and goodness of the true faith in this world."

This attitude to divorce is reinforced in the later Rivayat, where the husband is only allowed to divorce his legitimate wife with her consent, unless her misdemeanors have been discovered. Zoroastrian divorce laws, however, were subject to alteration and modification that reflect different exigencies at different times.

The only instance of a lay person being allowed to take another wife is if the first wife could not bear children, but he is not allowed to divorce her; nor is male impotence a ground for divorce.

These Rivayats also state that if the adulteress is repentant, then she is still to be regarded as the wife, if the authority in the land is not in the hands of Zoroastrians. If the Zoroastrians are in power, and a man catches his wife in adultery, or he hears of it from a collaborative source, then she is to be put to death.

These Rivayats seem to recognize that the only Zoroastrian grounds for divorce in a time of Muslim rule were apostasy and adultery. The woman was allowed to remarry with her husband's consent.

In the modern period in both Persia and India, the attitude towards divorce remains one of reluctance. Although marriage is not regarded as a sacrament, but rather as a contract, the sanctity of married life is held in much importance and any violation of it is still frowned upon by many.

Some would attribute the low rate of divorce to the predominance of arranged marriages and the belief that such a marriage is an eternal bond. Until recently, it was common for young widowed women never to remarry.

M. M. Fischer maintains that divorce is a 20th-century innovation amongst Zoroastrians in Persia, and reports that today Zoroastrians are under a uniform legal code, which was adopted by the community around 1935, and which approximates Muslim codes. This followed the introduction of a law in Persia in 1933, which permitted minority religious groups to have personal law cases adjudicated according to their own customs.

The Persian Zoroastrian community has an established Council of Mobeds, one of whose functions is to preside over and decide upon divorce cases in the Zoroastrian community. Couples seeking divorce must first file a suit with the Family Protection Court, which then refers it to the Council.

The verdict of the Council is then communicated to the Court which passes the final decree, including decisions regarding alimony, the custody, education and maintenance of children. The divorce then has to be registered at the Bureau of Statistics.

When the more educated Persians began to accept divorce more readily, a problem arose for divorced Zoroastrian women, who often received little or no financial support from their ex-husbands. They were expected to live on their mahriyas (bridal money payable on demand, especially in the case of divorce) despite the fact that the formal mahr, as specified in the Rivayats, is no longer contracted.

The emphasis in a modern divorce is on the groom paying the bride at a rate fixable according to half the male portion of patrimony (similar to the inheritance), rather than according to the actual ratio of the value contributed by her family. (Fischer maintains that the pattern of marriage exchanges is similar for Muslims, Zoroastrians, and Jews, and apparently stems from quite ancient times in Mesopotamia).

With the influence of the British legislative system on Indian social structures, the Parsis had to contend with the introduction of legislation on marriage and divorce from the mid-19th century onwards. There have been several Parsi Marriage and Divorce Acts since the mid-19th century, the most recent being that of 1936, which was amended by the Parsi Marriage and Divorce (amendment) Act of 1988.

The first Parsi Marriage and Divorce Act was passed in 1865 and resulted from a legal suit ten years earlier filed by a Parsi woman for maintenance and restoration of conjugal rights, which had been ruled out of the jurisdiction of the Supreme Court on its ecclesiastical side. This and other such demands on the British legal system operating in India led to the formation of a commission of inquiry and the Acts of 1865.

Following the 1936 Act and its amendment in 1988, no Parsi is able to contract any marriage under this Act, or any other law in the lifetime of his or her spouse, whether a Parsi or not, except after lawful divorce or the declaration of the marriage as null and void or dissolved.

The copy of the decree for divorce, nullity or dissolution is sent to the local Registrar General of Births, Deaths and Marriages. Since 1865, special Parsi Chief Matrimonial Courts, consisting of Parsi delegates, have been designated in Calcutta, Madras, Bombay, and some other towns to hear suits under the Act.

At present, the grounds for divorce by any married person include: wilful refusal to consummate the marriage within a year after its solemnization; mental disorder at the time of the marriage which still continues (provided the plaintiff was unaware of it at the time of the marriage) or for at least two years immediately preceding the suit; the defendant's pregnancy by a third party at the time of marriage provided no marital intercourse has taken place since the plaintiff learned about it; commiting adultery, bigamy, or rape after marriage; cruelty toward the spouse; affecting the spouse with veneral disease; the husband forcing his wife into prostitution; if the defendant has completed one year or more of at least a seven-year jail sentence; desertion for at least two years; if the plaintiff has been awarded separate maintenance by the magistrate and the two have not had marital intercourse for at least two years; and apostasy.