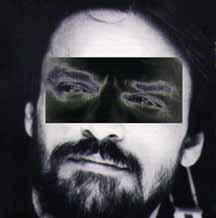 Based on an original published by Kereshmeh Records

When I received a copy of Alizadeh's Neynava concerto (Kereshmeh Records, 1994) recently, I didn't expect much. Had no idea who he was or what kind of music he performed.

I played the CD and, instantly, I remembered the melody. It took me back to the early 80s during the middle of the Iran-Iraq war, and reignited all the mixed feelings of sadness and patriotism...

And yet Neynava has a pure integrity that allows an appreciation beyond a certain historical period. One of the most beautiful pieces of music produced in Iran after 1979, it will be cherished by many future generations. And deservedly so.

Alizadeh, born in Tehran in 1951, has performed extensively throughout the U.S., Europe and Asia. He is considered, I found out (and not surprisingly), by many as one of the most important figures of contemporary Iranian music.

In RealAudio format. Get it here.