Our native tongue of Farsi is a wonderfully rich language and colorfully expressive. Saying the same thing, we can be polite (Be Fa’r Maieed = please have a seat), neutral (Be Sheen = sit ), or rude (Be Tamarg = Get your fucking ass down). In fact, we can be poetic in our daily conversations.

One of my recent discoveries is “Kaj Daar o’ mareez”, which for the longest time, I thought “Mareez” meant “BeemMar” (sick or ill). In fact, I learned that “Mareez” was the more formal variation of “Na reez” (do not spill it). In other words, this very beautiful poetic expression means “Hold it tilted, don’t spill it!” It basically means “Be particularly careful” – you know, it is like in Cirque Du Soleil, “hold them by a toe, don’t drop them!”

I am not going to get into detail about how long it took me to finally understand “Adab ra Az Ke Amookhtee? Az Bee Adaban!!” (Who did you learn your manners from? The ill-mannered.) I guess years of misunderstanding this expression may have greatly contributed to my large profane Persian vocabulary!

Also although in our so called “peaceful” personal interactions we are commonly non-confronting and “taarof” plenty, and “Ghorboon Sadagheh” a lot, we have a very rich altercation language which is pretty boisterous, sarcastic at best. Our expressions and slang are loaded with hidden meanings applied to specific situations or effective in particular occasions. We have some of the nastiest, waist-bound, explicit expressions in any language.

In English, it is “Fuck You” and “Mother Fucker” and that’s pretty much it. In Farsi, not only all relatives are dragged in from mother and sister to children, we also get pretty explicit and do not settle with a simple “Mother Fucker”.

No siree, we get pretty explicit and use both the genital and the action for the particular relative: “My … In your mother’s … ” This is viciously explicit. Worse yet, Persian profanity is also compound. You say all of the above, but you also qualify the mother or the sister, as hookers, and the brother as a male prostitute – The proper way to say the previous example, with all the qualifications is: ” My … In your prostitute Mother’s wide … ”

We never settle with just one category or just one word. We go for the throat to annihilate. It is burning bridges and not ever going back – at least it is expected to be that way!

I once told a friend “Khaak Bar Sar” (Dirt on your head), he thought I said “Khar Kosteh” (your sister is a hooker) and he never spoke with me again – Funny that he does not even have a sister!

I observed an argument between two grown men recently, visiting my childhood neighborhood in Tehran. One was at the window of a store on the second floor, the other was on the sidewalk, at the street level. The guy outside was shouting every name in the world, which was actually quite entertaining. At the end he said: “Bee Ay BeeRoon, Khareto MiGam” (If you ever get down here, I will fuck your sister). The guy at the window was saying “I won’t you are going to beat me up!” – Dahh!

I never, understood what “Pedare Toe Dar MiYaram” (literal: I will bring out your dad) meant. Out of what? Grave? Prison? Home? Trouble? 1. He is alive, free, and at the office with no trouble. 2. What does even taking out of grave mean anyway? Does anyone know?

My rudimentary research indicates that also, it is only in Farsi where we so clearly distinguish between Gooz (it makes noise, may not be smelly) and Choss (no noise, but guaranteed to smell, or how else do we ever figure out someone did it?) – The Spaniards, the French (almost), and the Germans don’t make such distinction. Choss generally indicates a silent slow fart (the silent killer), usually smelly. Gooz is the loud fart that usually has no or very little smell. And we do it for a reason: we have made powerful, loaded, I MEAN LOADED expressions with them. Here is my GoozNameh (Glossary):

Someone really short, whom we want to put down: “Ghad e’ Gooz” (as tall as a fart). I didn’t even know fart had a height, or a duration to be used as a standard for height! You’ll see later, that it even has weight! Example: Shoohare Belgheis khanoom ghadesh ghadeh goozeh, dahanesh ham boo goh mideh. (e.g. This was an example of compound profanity, please note the use of height, and bad breath in the same sentence, and how naturally it worked. It means: Mrs. Belgheis’s husband is the height of a fart and his mouth stinks like shit)

Someone really dumb, or a pain in the neck, or a motor mouth: “Goozoo” also “Goozooneh” (someone who farts)
Example: Naa baba, martike goozoo e ye. Zer ziad mizaneh. (e.g. Compound example again, though a little implicit: Martike & Goozoo & Zer – I guess by now you get my drift. This means: the asshole is a goozoo and talks too much)

Belching: Goozoo Sar Baala [Reverse fart]
Example: No example in this case – it is too obvious, don’t you think?

Apparently, Gooz is also more dignified than Choss – I am guessing it is because Choss is SBD (silent, but deadly). Here is the ChossNameh (Glossary):

Someone crass (e.g. low class): “Chossoo” (Someone who farts – and I thought it was the most natural humanly conduct)
Example: Martike zaboon nafahm va chosoo e yeh. (e.g. Compound again. Means: The asshole doesn’t get it and he is a total farter) 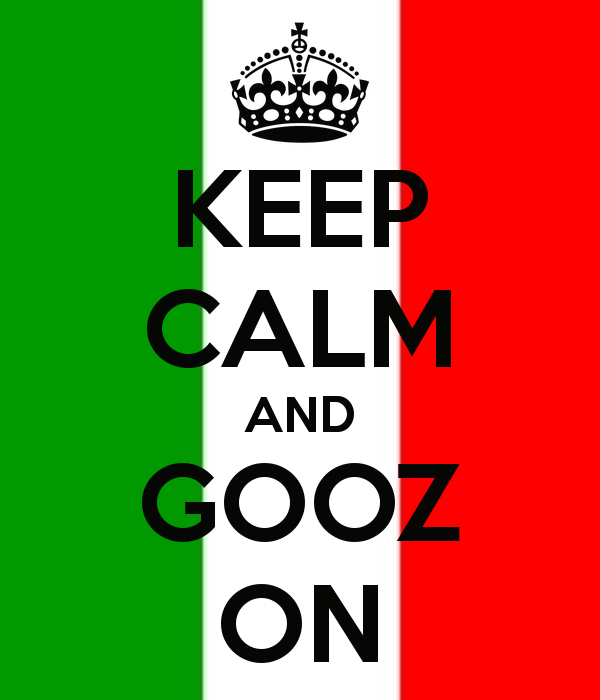 Someone with horrible breath OR Talks too much: Choss nafas (e.g. Fart Breath)
Example: Instead of saying “Shoohare Belgheis khanoom dahanesh ham boo goh mideh” we can also say he is “Choss nafas” (e.g. applicable to him both ways because he does talk a lot).

Too Much Superficial make up and dressing up: Choss On, Fess On (e.g. It either means the plural of Fart)
Example: Darreem miReem taa SarReh Koocheh, Inn Ghadr Chosson FessOn nadereh (e.g. my dad telling the rest of the family that they don’t need to put on so much make up or to do their hair or dress up so much, as we are going to the end of the street although we were going to a friend’s house on the other side of town).

Taking Too much time to do something: Choss esh Nadeh (e.g. Don’t give fart)
Example: Inn Ghadr Choss Esh dodee, Otobus raft (you took so long, we missed the bus)

“Goh Khord” and “Goh Khordy” is of course the most commonly used to apologize or to emphasize someone’s wrong doing. This means eating shit. I love it when someone says “Agha, Che Gohee Khordeem in Karo kardeem”. (which shit did I eat to deserve this?) I always treat it as if it is a question and immediately reply: “Gohe mano khordi.” (you ate my shit) And they always, unexceptionally respond: “Khodeto Chos nakon.” (Don’t be a fart.)

In fact, you can treat Gooz, Choss, and Goh as Wild Cards and remove any portion of anyone’s name or title, to use these words instead. A bad Doktor, is “Goh-Tor”, Machine is “Goh-shin”, Cell phone is “Chos-phone” and of course “Chossee Phone”. My neighbor in Iran, arguing with my mom once referred to me as “GohRam”, and my sister as GohSaneh (e.g. Afsaneh) and my dad’s car as ChosVo (Volvo).

It is time to cut the shit and hit the bed.