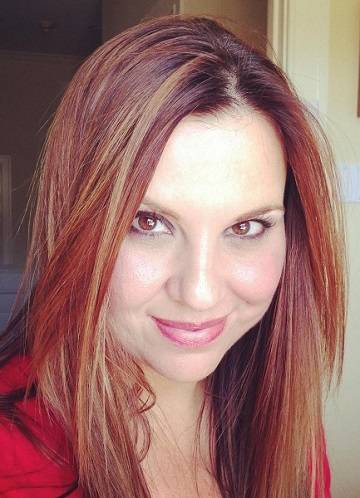 Between Persian and plain pasta

When I was growing up, my grandmother had a pair of glasses she kept tucked away in her nightstand. Their black plastic frames covered nearly half of her tiny face and the lenses made her eyes appear twice as large as they really were. The only occasion you’d ever catch her wearing them was when she was cooking. Some days she would wake up as early as five or maybe six, tie her hair up in a kerchief (an equally rare sight) and pull on those glasses. She’d scrunch up her sleeves and you knew it all meant only one thing: guests were coming for dinner.

I’d amble in between a string of cartoons to make myself some frozen waffles drenched with Aunt Jemima syrup and there she’d be, all the burners on at once, frying up pounds of chopped onions, armfuls of eggplants, and mountains of tiny meatballs. My mother would join her and together they’d joke and bicker in the kitchen well into the afternoon, stopping only for a makeshift lunch of noon and panir with, say, a small handful of herbs and a couple of fresh walnuts, too, if those were already done soaking. At some point my father would be called in to man the food processor, and no matter how well my mother and grandmother cleaned on such occasions, little green flecks of sabzi would linger in the kitchen for days.

A dinner party back then meant at least thirty or more people, all of them other Iranians living in our small Northern California town. The wives dressed as if for some state function and without exception only the men drank alcohol. There were always at least three khoresh dishes, two types of rice with separate plates of thick tahdigh alongside, stuffed grape leaves, kookoo, potato cutlets, homemade yogurt, and, for dessert, bowls of a thick saffron-infused rice pudding and carefully assembled towers of fresh dates. My mother would usher the guests to the table with apologies for the simplicity of the fare.

We kids always disappeared downstairs to watch television and, when called up for dinner, would sit cross-legged and pick, often less than enthusiastically, at the night’s offerings. Our parents were becoming foreigners to us, and we to them. In the meantime, there were dinner parties.

This is my sharpest memory from first-grade: one fat cucumber, unpeeled, sitting squarely in the middle of my white plastic Hollie Hobbie lunch-box. When I confronted my mother years later about this, she denied it absolutely, only to add that if she had indeed packed such a lunch, it was surely far more nutritious than the garbage the American kids were eating. The point was surely lost on me, full as I was of longing for neat little metallic containers of juice and packets of Oreos. But I’ve forgiven my mother entirely in the intervening years, for I also remember the bowls full of pomegranate seeds, separated by hand and waiting icy-cold in the refrigerator for me when I got home.

I also remember how my grandmother made the most extraordinary pancakes, from scratch, naturally, which she would douse with sugar and honey. If she wasn’t too busy in the kitchen, my grandmother would sit at the table and smile at me as I ate. Even at ten I could recognize the frozen pancakes for the fakes they were.

There were no cookbooks in my house when I was growing up. All cooking was performed from memory and honed by experience, and everything my mother and grandmother cooked pointed the way back home, that is to say, Iran. In fact, the first cookbook to enter our house was presented to me as a high school graduation gift from my Farsi teacher, a goodly women with justifiable concern for our culture’s culinary future in the hands of girls like me. The book languished, unopened, in my parent’s home for years. No one could bear to throw it away, but neither did it have any likely use.

Every so often someone, mostly my father, would get a craving for kabob, so we’d pile into the car and visit an Iranian restaurant over in San Francisco. I don’t remember anyone ever ordering the chicken kabob or, God forbid, the shrimp kebobs that started appearing on the menu. Come to think of it, probably no one so much as glanced at the menu, as invariably the waiter would bring us each identical platters on which two thick columns of ground meat lay nestled aside enough rice to feed eight or ten people.

The other kind of restaurant we frequented was chosen less for the food then for the regal ambience my mother so loved. I have a photograph of myself taken at the Fairmont Hotel on such an outing, a goofy grin on my round eight-year old face, and I am wearing a white dress that had been ironed for me just before leaving the house. I have almost certainly already made several trips to the buffet for the mashed potatoes and chocolate pudding that would never have appeared at our dinner table at home.

As long as I lived at home, I had neither interest nor inclination toward cooking. No one, least of all my mother, seemed disturbed by this, for it was understood that I would learn when I had to, meaning when I got married and both husband and children would be counting on me to bring forth the nurturing hot meals every night. I bristled at such suggestions, none too silently, I might add, and my disinterest for the domestic arts edged steadily into self-conscious aversion.

The years passed and in the end I came into cooking by a different route altogether, one that my mother could surely never have contemplated. It happened like this: In my first year of graduate school I met a girl who lived in my apartment building who’d just spent a year traveling by herself in Morocco. One night, over a chicken and carrot stew served with couscous, she regaled us with her tales of the Orient, many of them none too wholesome. The plates were mismatched and the five of us had to sit on the floor, but to me that dinner party was the most soigné of my life.

It was therefore the case that I was prompted into my first attempts at home cooking. The setting, a three by six foot kitchenette with brown Formica cabinets and two electric burners, was far from inspiring, but the results of my efforts soon grew edible, if not excellent. With no one to feed me for the first time in my life, I tackled cooking with a seriousness I’d only ever applied to my studies. The result was that within months my cooking books and magazines needed a shelf all their own. I’d take the train into Manhattan just to pick up a certain ricotta cheese from Zabar’s and carry it greedily all the way back to New Jersey for a new recipe. I threw my own dinner parties with my own mismatched plates. Quite improbably, I had turned into a cook.

But Persian food? The very thought filled me with anxiety. Sure, I could toss off a lovely pasta and poach salmon with something nearly approaching artistry, but with Persian food I had history and precedent with which to contend. Thankfully I managed at around this time to locate the long-neglected volume on Persian cooking given to me by my old Farsi teacher. I followed the recipes down to the last grains of salt; I could trust myself to nothing less than complete obedience. If I was at home cooking for my mother, I developed an irrational possessiveness about my Persian dishes and took to guarding my pots lest she should so much as sneak in a pinch of cinnamon. I had inherited my grandmother’s earnestness about cooking but none of her confidence.

I hear you can get your herbs pre-chopped at the Iranian grocer these days. Not for me such tactics. It’s true that I don’t host big parties very often, but when I do, I throw myself into the task with an old-world-style panache that never fails to amuse my friends. It seems no one is much inclined toward cooking in the old way anymore. My friends and I have a lot of pot-lucks and there’s always a plain pasta set out just for the kids because no one expects they will touch anything else.

I still love to cook and do so more than I ever imagined I would, but on some nights dinner at my house means peanut butter sandwiches and a glass of milk — and there are no apologies for the simplicity of the fare. I cook Persian food only when seized by a craving that a Tofu stir-fry simply cannot satisfy. My own son will have nothing to do with khoresh, a trend that my mother is forever urging me to correct.

For my part, I am happy enough that he eats roast chicken and rice, so uncommon is even this among many kids his age, and I am prone to beaming at the sight of him with a piece of tahdigh in his four-year old hands. And when I am not too tired, I sit with him at the table and smile at him as he eats.