A Woman For All Seasons: In Memory Of Farrokhrou Parsa

On May 8th 1980, the Islamic Republic executed a woman whose only crime was educating her compatriots and setting an example for so many who gained their rightful place in our society. She was to face the firing squad for having provided the opportunity so that Iranians could study, train and therefore, render their expertise for the betterment of our people’s lives and society.

None of the above however, were stated on Dr. Farrokhrou Parsa’s sentence nor appeared on her death certificate. She was condemned to death like thousand of others on the charges of “spreading vice on earth and fighting God.”

The two phrases that brought a sudden end to the life of so many in summary executions, was a sentence loosely defined by representatives of Allah on earth who had chosen Iran as their platform to spread their revolution and their God’s justice.

When Parsa was born, Iran was a weak country with its nation ravaged by poverty and disease. Her mother, Fakhr Afagh was among the first Iranian women who believed in equal educational opportunity for boys as well as girls. When she published two articles on the subject in a magazine she ran, Jahan-e Zanan or Women’s World, the mullahs of the time had raised objections.

Under the clergy’s pressure on Qavam-ol Saltaneh’s government, her husband finally was forced to relocate his pregnant wife to a rented accommodation outside the religious city of Qom. It was there, under house arrest, that Farrokhrou was born minutes after Nowrouz in 1922.

She was sent to school and encouraged by her parents to become an educated woman. As the situation in the country had changed for better under Reza Shah, Parsa had the chance to enjoy equal rights, at least as far as education was concerned. With her parents’ eagerness to educate their children she continued her studies ever after she was married and bore children.

Years later, when Parsa was a biology teacher at Tehran’s Jean D’Arc high school, Farah Diba, who later married Mohammad Reza Shah, happened to be one of her students. Her dedication to her job as well as women’s rights promoted her to the school’s principle position. She also used after school hours to visit and teach women in prisons.

In a letter she wrote to the Shah in the early 1960’s requesting the right for women to vote, the late Shah had replied, “I will seek my nation’s vote on the matter, my people are not consisted only of men.”

The fundamentalist clergies’ dislike of Parsa did not finish with her mother’s house arrest, but in the years that followed brought her at times face to face in conflict with the same black reactionaries who opposed her efforts in modernization and improvement in schools’ text books.

Twenty-five years on, Parsa’s murderers are still grazing carelessly in the country, while the world believes appeasement could be a new taming method. As much as it is perplexing to witness European countries’ policies of “let’s try to understand these people” or “let’s establish a dialogue” approach with the dictators, it is horrifying to see these countries taking similar attitudes as to those who in the 40’s searched for moderates within the Nazi establishment, while thousands were sent to their early graves.

Parsa’s execution in the height of the Islamic revolution while they were basking in their glory was only the beginning of a systematic killing that since has been the official procedure by the religious rulers of Iran to silence any opposition. On the face of such atrocities – only comparable to genocides in Turkey, Germany and Rwanda, the free, democratic and so to speak, civilized world has chosen to remain indifferent.

Parsa, the first woman executed by the Islamic regime by no means would be the last. Zahra Kazemi murdered by the reformist government of President. Khatami – the man Europeans so much love to negotiate and appease, was yet another reminder to the world that if the situation in Iran is not dealt with soon enough, many more would loose their lives in ayatollah’s Islamic dungeons. But again it seems all this falls on deaf ears!

Twenty-five years after Parsa’s execution, thousands of Iranian women and girls are still being executed, tortured, raped, stoned, lashed, hung from cranes in Iranian cities and even sold to Sheikhdoms of the Persian Gulf. Even at this point instead of assisting Iranians to eradicate the mullahs, the best strategy the British, French and German governments have recently come up with is their new idea of offering economic incentives to the Islamic regime in the hope that they may put an end to their uranium enrichment program. This is again a proof that such countries’ support for human rights and democracy are simply a mockery of such noble concepts when it comes to countries where trade takes priority over human lives. 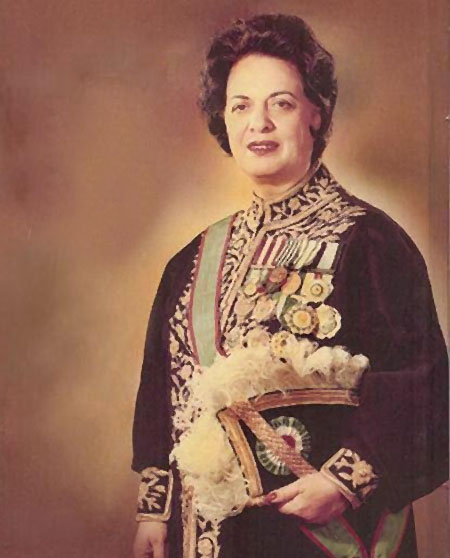 Up until 1979, Iranians compared their country to the most advanced nations in the world. During which our people’s expectations from our government were to provide them with the best the world could offer. Nothing less seemed to be satisfying Iranians’ appetite for progress and reaching the Great Civilization they were promised. This happened at a time when our public figures were the educated elite of men and women known and respected internationally.

We all remember those days when our people like spoiled children complained about absolutely everything. But the question I seem to be failing to find an answer for, is that, how could it be possible for the same demanding people to allow themselves to be reduced to the current sub-human levels? How could a nation whose leaders were educated and intelligent personalities allow to be ruled by an ignorant bunch totally irrelevant to modern times?

The Islamic authorities have always feared our women. Twenty-six years on, their dictatorial power has yet to succeed submitting the Iranian women to their barbaric ways. They are well aware that the might of our women once united can destroy the foundation of their evil mullahcracy.

The agony our late Iranian-Canadian journalist Kazemi had to go through and her eventual death resulting from all sorts of torture will always remain as a proof to their fear of women who were born, brought up and educated during the Pahlavi years. Women who had learnt to have a free spirit and taught to be strong and independent. The ayatollahs’ fear doesn’t stop with women rejecting their authorities today, it extends to even those brave women who had died years prior to the revolution.

But it is their legacy that is worrying their theocratic system, so much that soon after the revolution they ordered the destruction of Sediqeh Dowlatabadi’s tomb who had passed away in 1962. The Islamic Republic leaders do not understand that destruction of tombs; books and killings cannot vanquish our women’s free spirit and will to live freely. Values encouraged and rekindled by the likes of Dr. Farrokhrou Parsa.

Although Dowlatabadi’s grave does not exist anymore, but her last will in which she stated: “I shall not forgive any woman who visits my grave veiled,” is not only a torch to lead our female compatriots to freedom but also is a concept more powerful than any weapon or any religious fanatic.

Today all over the world, Iranian women of Parsa’s generation and those who were educated by her and her colleagues hold respectable positions in renowned organizations and universities. With the exception of few who have never given up fighting for their rights, those who are living in free and democratic environments seem to have chosen to remain silent in the face of on-going barbarities in our country.

The regime’s enmity towards our women is in the ethos of the Islamic Republic, and it is for the very reason that I recommend the 25th anniversary of Dr. Parsa’s execution, a fitting date to remind and to invite all women of conscience, from within and without Iran, Iranian or not, to unite against the Islamic Republic.

I would like to encourage personalities such as Mahnaz Afkhami, Dr. Simin Redjali, Goli Ameri and many others to form a united front together with the likes of Shirin Ebadi – if she is willing to break free from reformists who are using her good name and intentions, and to mark May 8th in our late teacher and minister’s memory to form an Iranian Women United Front demanding world leaders and the international community to support a true referendum for the abolishment of the government of the mullahs in order to introduce democracy, secularism and justice in Iran.

This conspiracy of silence must be broken. It is in our silence and apathy that we remain weak and beaten. How can we forget and forgive those who never stop killing? Dr. Farrokhroo Parsa

In her last message from her prison cell, Dr. Parsa she addressed her children: “I am a doctor so I have no fear of death. Death is only a moment and no more. I am prepared to receive death with open arms rather than live in shame by being forced to be veiled. I am not going to bow to those who expect me to express regret for fifty years of my efforts for equality between men and women. I am not prepared to wear the chador and step back in history.”

True reconciliation does not consist in merely forgetting the past.
— Nelson Mandela in his speech. January 7th, 1996.