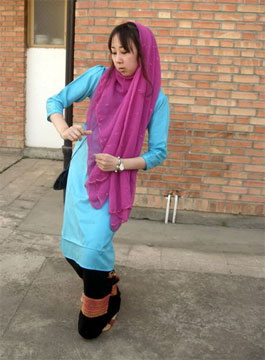 A country’s history is much like wine. Considering Shiraz is the birthplace of the seductive grape to which it gave its name, I believe my thought is reasonable. With age, a culture grows more attractive, increases its depth and notes, and heightens in value. Hence, I have concluded that Persia, with its three thousand years of flavor is one of the finest in the world.

Having spent majority of my twenty-one years in Australia, I could not avoid becoming a jolly wine follower. We proud Aussies swear by our top quality Shiraz, but will always be haunted by the fact that it originally ain’t really our grape. Bugger.

But it was not my slight alcoholism that led me to travel to famous Aryan land. It was a desire I had for the land that I was lured to when I was a little girl.

My Australian Anglo-schoolmates often cornered her in the playground to find out her mysterious origins. The result however, was always the same like a prewritten tragedy:

“Persia isn’t on the atlas, stupid,” one girl would say, “stop lying and making things up.”

But Nasrin was proud of her origins and wept, “You’re just not privileged enough to know my country, neither is the stupid atlas. I’m true blue Persian, you retarded drongo.”

No one believed her, except I. Although I am Japanese, I was born in Palau, a Micronesian island republic that no one had ever heard of. I too was branded as a liar, and that was how Nasrin and I became friends and the sole members of the “Persons with names impossible to pronounce society”.

As a naïve kid, I assumed that Persia was a tiny island paradise that rarely made it to maps like my birthplace. As a friendly gesture, I gave my friend a stone-money necklace which was the original currency of Palau. She invited me to dinner at her place.

While her mother was busily working in the kitchen releasing foreign scents of exotic spices, I gawked at the huge Ronas-red carpets that covered her lounge. We played tag on the intricate floral borders, also using the central golden medallion as a safe spot. All the other red areas were lava, which would burn us up and cause us defeat.

I had never seen a Persian carpet so grandiose in size before. Twirling motifs of vines, the symmetricality in design, and the dream-like garden design made me want to enter the realm of this two-dimensional artwork. I assume that my interests in Iranian art began from here, a desire to examine an unimaginable world so far away from my accustomed surroundings.

Nasrin’s mother called us over for dinner. I devoured the sweet Fesenjan stew alongside a few other stews that were laid out on the table. In order to express my gratitude, my Japanese nature made me bow to her parents with my hand on my heart. I had always felt embarrassed by this gesture, as my white Aussie friends thought this exotic yet hilarious. However, to my amazement Nasrin’s parents laughed a little and did the same to me. I never knew the reason for this, until my journeys to Iran.

A few months later, my Persian friend moved elsewhere. She never admitted her Iranian origins, sadly. I never saw her again, and we lost contact. Although I was upset, the attraction I felt towards her culture never left me. Hence, I decided to courageously make a journey to Iran despite the frightening facts I had learned from the American media, Reading Lolita in Tehran and Not Without My daughter.

Seeing the “real” Iran made me ashamed for the facts I thought I had learned about the country before my arrival at Meherabad airport. The preconceived notions I held were absolute contradictions, and by the time of my departure back home I was in love with the culture (both public and private worlds I witnessed) that I wept on the plane. The Japanese woman sitting next to me rolled her eyes and assumed that I was leaving behind a sexily spicy hot Iranian man. Perhaps this is true. I was dragged apart from a realm so attractive, unique! Iran was hotter than Casanova for me.

My American friends dropped their jaws when I told them of my intended trip to Iran. This was not welcomed by comments such as “Dude! I went there last year and got totally wasted every night. Yo, the men are so tasty!”. The responses were mostly, “I hope you don’t get shot” and “Why? What’s wrong with you?”.

Once I returned from the most breathtaking trip I’d ever embarked on, I decided that it was my duty to share the “real” Iran I saw while I was there. I began a blog with the aim to convince at least one westerner to alter their thoughts on Iran and feel a desire to visit. My blog, begun in early May, apparently had the power to convince more than a hundred and invite travel questions on a daily basis.

Out of the comments that I happily receive, there is one that remains my favorite: “Hi from Australia, my name is Nasrin. I came across your blog and just wanted to say I like your approach on Iran. I’m Iranian…”