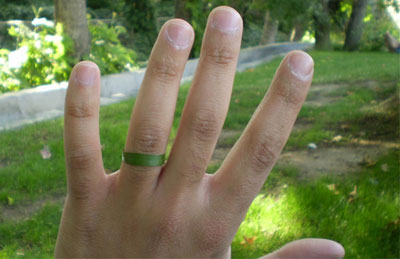 The nineties were an era of the modern melodrama in Iranian life. Popular concerns included modernity, evolution in family values, and a high order distinction between the private and public selves. The desire to conform to and shadow the rest of the world called for an extreme need to adapt and fast-forward an organic process of familiarization.

On one side of the drama those who yearned to preserve Iranian values faced alienation from the new generation and on the other, those that embraced western values embarked on unfamiliar territories. Thus the melodrama was born, and brought with it too many dreams with no solid ground for their realization.

People chased love, money, and sex, and in that pursuit, lust, anger, and envy ornated the vistas of the new world. Far worst, was the dichotomy existing in private and public realms. These spheres built and continue to create polarized personalities and loyalties that plaque the individual and the collective psyche >>> Photos

The general observation is that the melodramas of the nineties have yielded a diseased society lacking coherence in cultural and national values as well as economic expectations. More so, the backlash has just begone to set in as realization points to the disservice of modernization in the absence systems able to cradle and regenerate it. So unimaginative are the policies and doctrines poured over our youth that a general sense of disillusionment is all but too obvious amongst them. One can imagine that the with all the contradictions in daily life, with so many undelivered promises and in the company of a generation that has seen far too many hardships, the youth have a right to want and crave abandonment. The crave it and in doing so create a place with a much broader sense of the iranian identity.

The regrettable fact of this new identity is that its roots lie more frequently in confusion than they do in real conviction. This is not to suggest that exceptions aren’t existent but that for the most part even the Iranian community in diaspora suffers from and can relate to the confusion ensuing such cultural turmoil.

So the millennium has brought little to change the current situation of Iran. Iranians have become isolated in the deepest sense and this isolation has translated into the creation of two extreme economic and cultural spheres. The bulk of wealth that resides in Iran has been created largely by corruption and by the overturn of many pre-revolutionary systems. Along side this extreme wealth, there exists unimaginable and alarming poverty. The middle class is disappearing fast and so are the last lingering hopes that the median of the society would take the burden from the poor. On the cultural front, values and loyalties are extremely divided.

Consumerism flourishes with vigor and with much less consciousness of its exploitative nature than exists in the west. Superficiality and obsession with facade aid this flourish and in doing so feed into a cycle of demented value judgments of the self and others.

Thankfully this is offset to a degree by private patronage of the arts. Tehran’s art scene is causing a stir and encouraging a reconsideration of reality in Iranian life to its international audience. In capturing this audience the arts have also captured the imagination of the Iranian diaspora community.

Life in Iran is not the same today as it was yesterday nor will it be a reflection of what is to unfold tomorrow. The polygamy of its present reality is certainly a canvas for further turbulence in the future and no one knows what that may be like. For the moment the concern is transportation and petroleum rations. On a grander scale the most pertinent issue is just how much longer can Iranian people live in disarray with no apparent sign of stability in the future? How can a future generation create viable change without an anchored cultural heritage and sense of self? >>> Photos

laleh larijani is a freelance journalist and photographer specializing in the history and contemporary affairs of iran and the greater middle east. Her interests lie in contemporary art and cultural studies as they relate to the making of new images and models of self-awareness. she has an M.A. in modern middle eastern studies in collaboration with women’s studies from the university of toronto.�