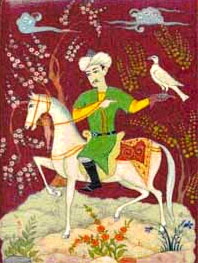 Bear with me for a moment while I put aside my admirable modesty to make a point.

I have a Master’s degree in Engineering, speak several languages, and have traveled and worked in many parts of the world.  I have read more books than I can remember, read newspapers and news magazines every day, and avidly follow current affairs on radio and television.  Based on all that, you might be kind enough and tempted to think I am an “educated” person, right?

No, I am not a self-hating Persian – just one who is finally waking up.  It has suddenly (not too late, I hope) dawned on me that I am not at the beginning of the end of my education, but (at best) only at the end of the beginning.

We have all received that famous offensive email which so rudely dares to remind us that neither education alone, nor position and money alone, nor all the worldly goods are enough to make you an enlightened person.  Annoyingly true as that email is, it is nothing new.  Our own Persian poets have been writing about such things for centuries, constantly bringing the rest of us down to earth from our lofty perches:

There’s nothing quite as humbling as the realization that those poets and philosophers not only had all that wisdom so many centuries ago, but they actually put it all into rhyming verse!  What stops so many of us (yes, that includes you, my humble, modest fellow Persians) from learning and applying these time honored lessons?

I am learning it has all to do with My Ego and I (or, if you will forgive me, Our Egos and We).  The word ego is taken directly from Latin and is translated as “I myself” to express emphasis.  In modern-day society, ego has many meanings.  It could mean one’s self-esteem; an inflated sense of self-worth; or in philosophical terms, “one’s self.”  However, according to the psychologist Sigmund Freud, the ego is the part of the mind which contains the consciousness.  Originally, Freud had associated the word ego to meaning a sense of self; however, he later revised it to mean a set of psychic functions such as judgment, tolerance, reality-testing, control, planning, defense, synthesis of information, intellectual functioning, and memory.

Well, all that sounds very impressive, but now that I have dispensed with some formal definitions, let’s focus on the less flattering variations and meanings of ego, especially as they relate to us imperfect, fallible souls.  Looking in the dictionary, it’s quite revealing how many related words have their roots in just the simple word ego.

First, there’s this one popular definition of ego itself: self love and conceit.  Going down the list, we next see the adjective egocentric, meaning that we think and act with the view that our “self” is the center, object, and norm of all experience.  And just for good measure, the egocentric is individualistic and selfish.  Well, do you think that attitude would make us respected?  But it gets better.

Egoism is the quality of thinking or acting with only oneself and one’s own interest in mind, or preoccupation with one’s own welfare and advancement.  Thus you would be called an egoist.  But is that necessarily bad?  You see, there’s the doctrine that morality has its foundations in self-interest, which is the just and proper motive for all human conduct.  As my good friend Babak (his real name) points out, egoism is the necessary drive behind many successful people, especially those running big companies.  The most you can hope for is that such egoists don’t become egomaniacs!

Seriously, though, how and where does one recognize ego in oneself and begin to get educated on this most basic of all human traits?  You have to look no further than our very own poet par excellence, Rumi (Molana).  For centuries, Rumi has been one of the greatest poets of the Persian world.  He’s sort of the Persian equivalent of Shakespeare, except that he’s more important than Shakespeare in a cultural sense.

For example, in classical Persian music, you’ll find the poetry of Rumi turned into lyrics.  But it doesn’t stop there; the poetry of Rumi even appears in Persian pop music that is being recorded today.  And many Persians have memorized poems, or even entire pages, of Rumi.  He’s still part of the living culture, even though he lived some 750 years ago.  You could say he wrote the book on just about everything to do with life and the way we conduct our lives, especially ego, against which love is the best antidote.

And as it so happens, Mehregan 2007 scheduled for October 13 and 14th in Orange County, California is dedicated to Rumi!  UNESCO has declared 2007 the year of Rumi and the Network of Iranian-American Professionals of Orange County (NIPOC) is joining the world community to honor his timeless poetry.