At least his whores are melancholy 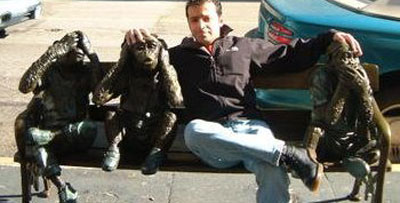 At least, his whores are melancholy. Ours are beaten, underpaid, overworked, anguished, and subjected to all forms of torture on a daily basis. Ours passed the melancholy state long ago. I’m referring to a book by the Colombian novelist, Gabriel Garcia Marquez, entitled “Memories of My Melancholy Whores.” It was banned in Iran, after selling out, because the censors discovered that the title was sanitized. The word “whores” was replaced with “sweethearts.” The prostitute in the book is a fourteen year old girl who is the object of a ninety year old mans lust, and then love. Iranians will not be offended by either the title or the 76 year age difference. We know of far worse. We have known far younger whores being the object of madness, for the lack of a better term, not just lust and love.

Even the government’s own data shows that prostitution is rampant. Girls as young as nine start in the world’s oldest profession. Sometimes, they are sold into it. There is a Chinese expression to point out the futility of an act. They call it ‘playing piano in front of a cow.’ I know that when it comes to IRI, I’m playing piano in front of a herd. As obvious as it may be, someone needs to hammer the chords.

Let’s take the story of Leyla M, who was sold into prostitution by her mother at the age of eight. She was raped repeatedly and gave birth to her first child at the age of nine. Yes, we still have years to go to get to Marquez’ whores, and we already shot past the melancholy state. The regimes response was to give her 100 lashes. She was sold again under the guise of temporary marriage (sigheh), to be pimped by her temporary mother in law!

At 14, yes now we’re in the Marquez territory, she gave birth to twins, but only after her pregnant body endured another 100 lashes. She was then sold as a temporary wife for a second time to a 55 year old, married man with children, who also became her new pimp. She was condemned to be executed at the age of nineteen. An international campaign spared her life, although not before the sadists levied another 99 lashes on what was left of her body. Did I mention that repeated examinations showed that at nineteen she had the mental age of an eight year old? No wonder, you would have to crawl into some nook and cranny of your psyche and lock yourself away, if you were to endure her life. I read her story from several sources. After all the physical, emotional, and psychological abuse that she had endured, all she cared for in the end was some ‘Pofak,’ cheese puffs.

Lucky for Iranians, they’re protected from stories of sad whores and old men by the vigilant censors. Let’s beat them, stone them, and sell them over and over, but never ever speak or hear of what they do. As the old maxim goes, “see no evil, hear no evil, speak no evil.”