In 1969 C.L. Hawker returned to Tehran and Abadan to meet former students and all those he influenced by the promotion of education and sports during his post as the head of education programs at the Anglo-Iranian Oil Company. His return to Iran was made possible by the efforts of Manoochehr Javid as a public relations executrive for the National Iranian Oil Company in Abadan. Hawker is sitting in the middle on the fourth row from bottom.
[ Larger images: Note — Photo part 1 — Photo part 2] 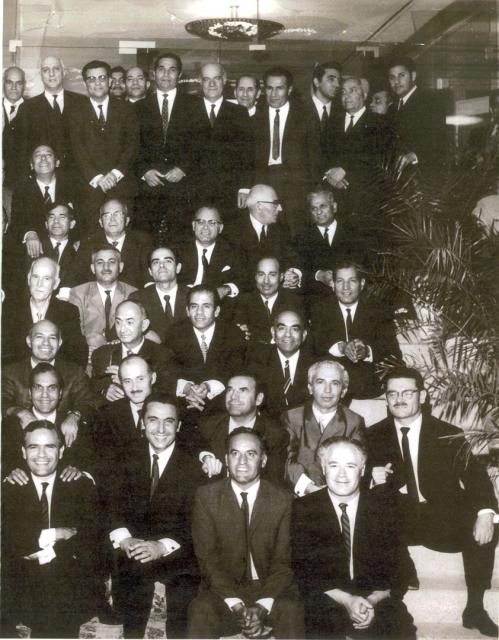 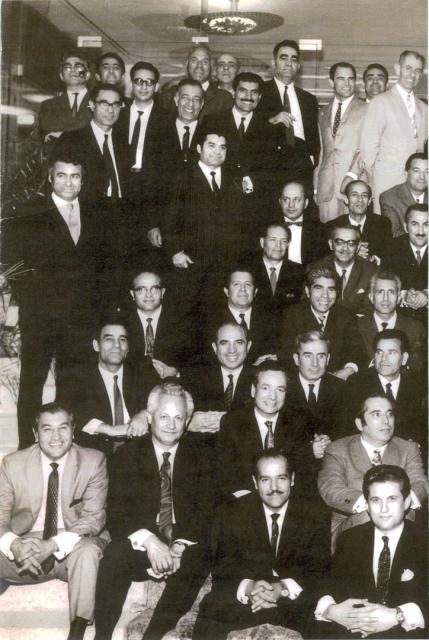 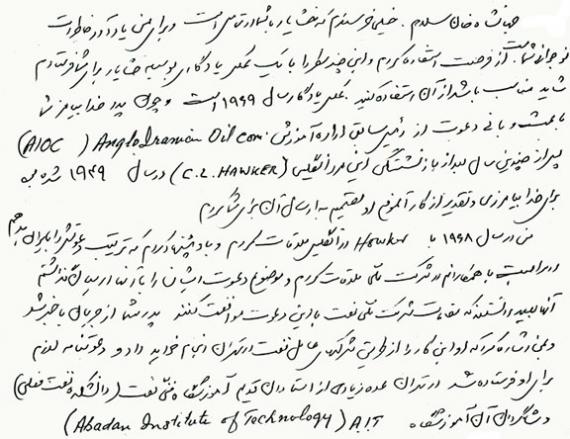 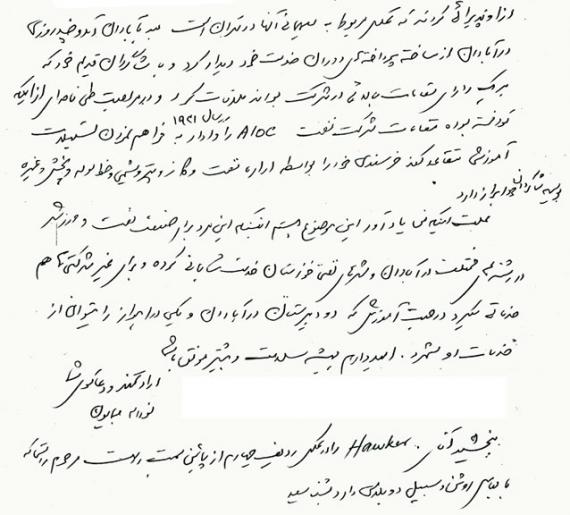