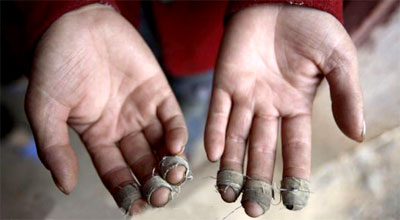 My recent past experience, being absent in the Iranian-istan blogsphere, has been a very interesting one! That of course didn’t mean leaving Iranian-istan, but a simple lack of inspiration. Which, may be something normal! When I was heavily writing it struck me as something very odd that some people continuously complained about me, writing comments, but never writing an article to express themselves. I thought writing an article that would go through JJ’s examination was really really easy, but now I know.

Writing is only easy when you have inspiration, and it is more probable when you have talent, and it is possible when you also have time. So, putting all the three above together is not exactly possible for everyone, all the time. When you write, there is nothing really extraordinary about your writing, but when you see a writing and you are absolutely unable to compose even one single short paragraph of original thought, it is kind of frustrating to be unable to respond, so you may have the urge, sometimes, behind anonymity, to simply call the writer a jackass, and feel much better already.

I recently saw a comment from our almighty virtual lord, on Iranian-istan that is, Mr Jahanshah (whose name isn’t all-for-nothing royal actually), that struck me! Here is the text: “The vast majority of Iranian.com contributors are seasonal. They have a period of creativity and urge to express themselves. It starts slowly, builds over months or years, peaks, drops and almost always disappears.” [See: Manam delam tang misheh]

Wow! For all these years I have seen JJ on the Internet this has been the toughest thing he ever typed, if you ask me! Using the word “seasonal” isn’t exactly correct, as if we are talking about “years” then everything can be seasonal. I am seasonal, you are seasonal, and Iranian.com is supposed to be seasonal too. One seasonal element within another seasonal element stretches too far into relativity (Einstein’s theory), which hasn’t been yet discovered for the virtual world, or at least this is my knowledge of it for now!

So, if, hypothetically speaking, there is one contributor who has continuously provided material for Iranian.com over years, just from the start, and hasn’t disappeared already, then he is seasonal too, though his season is not up yet. But I do agree with JJ and I have felt this myself. I started slowly, learnt about readers, and writing in general on the Internet for net addicts, improved my abilities for serving them, peaked, declined, and disappeared. One season over!

It is interesting why this happens, from a psychological and sociological point of view. As no contributor is ever paid, they do whatever writing they offer, for various OTHER reasons. I have seen people with very strong political views, who are overtly or not, working for a cause, they TRULY believe in, or not! These people tend not to interact with readers (or commentators), and not necessarily fit into the seasonal thing. They are a different species of their own.

Money talks! While the Iranian blogsphere is almost financially bankrupt for the non-political, it has all the chances of being financially rewarding for the political. And this is a pity for the Iranian community, as it is extremely small in the diaspora to develop commercially viable media channels of its own to survive on advertising and encourage unbiased (not being the agent of any political entity) reporting and analysis, while those who are ruling over the vast majority of the Iranians have a tight grip on most of the media channels Iranians can get their hands on.

The lack of financial support is indeed a problem that is hindering the development of a strong and independent Iranian journalism to flourish. Non-political writers seem to be more of a seasonal type for this matter, and most of them seem to disappear before reaching their true peak because they are usually too busy with their daily lives. Professional quality journalism and writing needs money, and the Internet has so far failed to come up with free truly quality material to match commercial publications (with mostly paid journalists). The job of the unpaid blogger becomes even more hazardous when he is constantly faced with the frustrated and untalented commentator whose best inspiration is at best a jackass, or other phrases in excusable ‘French’. What a blogger had hoped to be a pleasant hobby turns out to be a choice between extreme politicisation at best, or too often simply an unpleasant encounter with the anonymous.

These are indeed some challenges that face our flourishing new virtual freedom. By the way, I personally do not complain about my own case, or other Iranian writers or bloggers in individual cases, from a financial point of view. I do not fit, and I will never fit (because my professional activity is too different), into the truly professional community of Iranian journalism.