A very important blog from the Royal Blood of Egypt You have to read this. 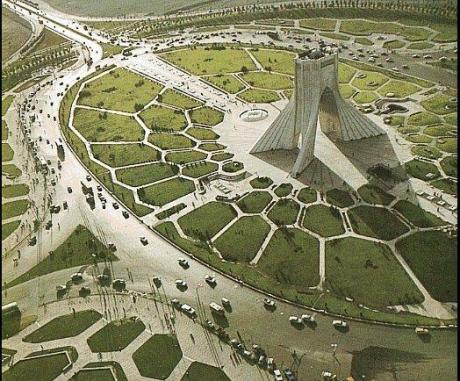 I have seen lots of blogs and news and wrong informations in books over the net in teh news papers, and lots of hurtful
comments , there is not one day that I do not shade a tear for what has
happen to Iran and Tehran and my country and having friends who just
fleed the country in 2008 I have heard so many stories of the new
generation who are so missguided about our Heritage.

Queen Fawzia the royal blood of Egypt Pure Royal Blood of Egypt Princess Fawzia of Egypt and Sudan married Mohammad Reza Pahlavi
(1919-1980), the Crown Prince of Iran, in Cairo, on March 16, 1939;
after their honeymoon, the wedding ceremonies were repeated in Tehran.
Two years later, the crown prince succeeded his exiled father and was
to become the last Shah of Iran. Soon after her husband’s ascent to the
throne, Queen Fawzia appeared on the cover of the September 21, 1942,
issue of Life magazine, photographed by Cecil Beaton, who described her
as an “Asian Venus” with “a perfect heart-shaped face and strangely
pale but piercing blue eyes, Sabri Family are known in Egypt by their
beautiful Exotic girls with pale blue eyes through out centuries they
consider to be walking Angels. blue
eyes were also painted at the tomb of Pharaoh in Egypt it is the only
blood line with a pale blue eyes in Egypt to this day pure Aryan blood,
Most people they confuse them with egyptions who had mixed with Nordics
but if you do look at all sabri newborns through out history one child
always have the same bone structure of the
Pharaoh, and they look very different to the
Nordics, Only a Pure Aryan blood will have an almond shaped eyes. The only eye which determain who is the next Choosen king or the queen.
The couple divorced in 1949. Mohammad Reza married two more times, in 1950 with Soraya Esfandiari and 1959 with farah Diba.

Queen Farah Diba was not of a Royal blood but of blood of Persian people who Iran did favour, She is the only Queen now who is disrespected by media world wide, did you know that? American publication in 2003 Aired her as Author and before Just Farah Diba. Queen Fawzia to this is the Royal blood Queen of Iran, But Farah diba She has lost all her fans by lies that British and American Papers published by Jews and Muslims. 30 billion Dollars of Stolen money … All lies.

Alexa.com Report shows her official web site have a rank of 450,000 only 2,000 visitors a day Iranian.com have the rank of 17,000 this will teach you She did not steal any money. She infact struggle her doughter died and not untill 2003 she could face the public. With many help by Egyption Government she made it through Years. She is the Queen of Iran you have to respect your blood. The Queen of Egypt and Egyption do. they all love her in Egypt and only nation in the world that Air her as royal blood of Iran and Queen to this day.

Please before going on with listeing and posting hurtful comments read the history and judge every person by action now what media and news paper tells you. Medai told you Iraqi people did 911.. and we are at war. eight years later they tell you no they didnt do it Iran now is the problem in the world. and soon we will have a new war. Please if you respect the royal blood You will stop this madness…. Persian publication are all wrong no one have direct contact with Queen Farah Diba and Queen Fawzia in the internet they even posted Queen Fawzia is dead and she is not… her sisiter died.

He was the only president shah was seen last and he offer to help him he was killed by Muslims and American Spy’s.

This is why shah left Jimmy Carter promised he will send troops as shah left he broke his promised and in 1979 everything got out of hand. Read the history.

Today, our country is paying for one of the most disasterous foreign
policy mistakes in U.S. history. It was made by former President Jimmy
Carter when he pulled the rug out from under the Shah of Iran. That
action ushered in the 1979 Iranian Revolution that transformed Iran
from a constitutional monarchy under the Shah (Mohammad Reza Pahlavi)
to a theocratic Islamic republic under the rule of Imam Ayatollah
Khomeini. In the process the American Embassy was invaded and 52
Americans were held hostage until their release 444 days later.

“Facing
a revolution, the Shah of Iran sought help from the United States. Iran
occupied a strategic place in U.S. foreign policy toward the Middle
East, acting as an island of stability and a buffer against Soviet
penetration into the region. Pahlavi was pro-American, and domestically
oppressive. The U.S. ambassador to Iran, William H. Sullivan, recalls
that the U.S. National Security Advisor Zbigniew Brzezinski ‘repeatedly
assured Pahlavi that the U.S. backed him fully.‘ However, President
Carter arguably failed to follow through on those promises

Now last Iran was far ahead of the world in its culture and technology before the
revolution. Even to 2008 Uinted State can not afford to import AEG appliance.
In 1975 Iran had AEG washers. The cost in 1975 was ten thousand US dollars
each. Around 2000, the United State got some of the advanced technology. Still
so many Americans use upright washers. The high tech stoves are eight thousand
dollars in 2008, These were common in Iran in 1975. Germans use to make cars
just for Persians just like now SLR and Z8. Now they are only targeted for
Americans mostly in California. The Shah wanted his people to have the latest
technology and a prosperous life, and the ungreatful people in Iran just wanted
more. And yet they looked the other way hoping their greed would not be
destroyed by the revolution. Now look what greed and indifference got them.
They lost both their prosperity, their advanced technology and their freedom..
Even in Germany very few could afford to buy the products they manufactured and
shipped to Iran in 1975 when The Shah build the nicest constructions. Every single room in the
Towers
was made by Beton Arme. He did not use cheap drywall. His construction lasted undamaged
for over eight years of bomb after bomb.1980 to 1988

Coto De Caza in the United State is about the same size and on the same
plane. Sections were for civilians. If you were wealthy you lived in your
own community, and if poor you have your own community and schools districts.
You can not live in Lake forest and send your childern in school in Coto DE
Caza. Isn’t this racial discrimination or discrimination based on income? But
no. In the USA they simply say this is not your residence and you do not
belong here. That’s only for rich and famous. But when the Shah did the same
thing, he was accused of being unfair to poor. So what did you expect him to
do? In the USA and all around no one is giving three million dollar homes to
the poor. Poor and rich people are never the same. Look what Americans in
Orange County are doing to Latino’s. The only work they get in the OC is as
maids and gardeners cutting the grass, and they make fun of them. The
government does not give them visas. The only right they have is to get paid
less. Yes, Republicans in USA are evil… In Iran the Shah helped the poor..
He did not give them three million dollar houses, but the a poor could get a loan
and purchase a nice house, but no, they wanted more. And now they live much
worse off. Everyone in Iran had a job. People from India, Pakistan, Egypt,
Afghanestan, Kurds, Israilies use to come and the Shah would give them work
permits and decent salaires. He hired Germans, Fernch, Italians, Americans,
all to work in Iran, and he never said, “you are not Persian, I will not pay
you a full wage.” But America does. It took them eight years to give me a
work permit. Never compare yourself with the Iran of the Shah, and if you are
American, how dare you have any right to complain about Persian in this country.
We own America. California was made by Persian Oil and British wealth and it is
all from Iran. Google it if you have any doubts. If it wasn’t for Iran,
German, French, America, and British companies would have not had much of its
present technology. Never forget that. Money changes things.

Look what wrong information got us WAR, why so many people hate the Queen Farah Diba is she was not of Royal blood If she was she would not let this happen she would have fight back and never let her husband leave and listen to the americans, France offered to kill Muhammad Khomeini but shah said no.

He was a great man he left he didnt want to see blood Read the history please He died he didnt take any money with him… When he died Iran went to War and every Persian did die and suffer eversince.

He was the only king in the history of Iran which would have change Iran to Heaven Look at what he has done when he was a king Iran was the best place on earth , No one did that before him or after him.

So If you are Persian Please email your Queen Farah Diba Ask her questions.

Do not read blogs and wrong lies which sobotage her and did this to her and us.


Iran make
annual income of 76 billion dollars a year. Muslims steal it and wont build any construction every thing is build in Iran is in bad taste.