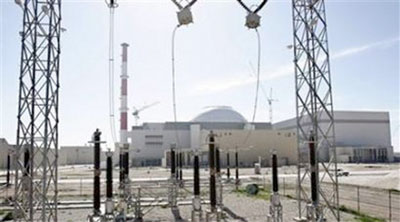 Tel Aviv – Due to its abundance of gas and oil resources, not many countries believe that Iran truly needs nuclear power for energy purposes. However, when one looks at the energy situation in Iran, it becomes evident that there is in fact a dire need.

Iran’s total electricity production capacity stands at 33,000 megawatts (MW). 75% is from natural gas, 18 percent from oil, and 7 percent from hydroelectric power. Meanwhile, due to the fast rate of industrialization and population growth, demand for electricity is growing at 8% a year.

This year Iran has witnessed a severe drought. The citizens of the scenic city of Esfahan (described as the Florence of the East), were shocked to see that the Zayande rood river, which runs through the city centre, has completely dried up. Similar scenes were reported from other major sources of water.

According to some forecasts, Iran’s water problems are only going to get worst in the future. This has meant that instead of producing 6,500 megawatts, Iran hydro electric infrastructure has only produced 1500, thus creating a significant shortage.

There have also been sever problems with other sources of energy such as oil and gas, due to decaying infrastructure, which has been caused by sanctions and bad management.

This has meant that Tehran, a city of 14 million inhabitants, has been plunged into darkness for at least two hours a day, over the last six months. This is why Iranian newspapers carry daily schedules about which neighborhood will have its electricity cut and at what time. Similar problems have been reported in other parts of the country.

The last time there were power cuts in Iran was during the war against Iraq, and for a limited time afterwards. This makes the hot summer days for many Iranians unbearable. It also causes significant damage to the economy.

Iran’s requirement for nuclear energy is justified. Nuclear power would enable the Iranian government to make up the energy shortage, using an efficient technology. Also, it would enable it to export gas at higher price thus earning more income, instead of using it at home for domestic energy purposes.

The recent incentives package from the EU would have allowed Iran to have technical support from the West to use nuclear technology for the production of energy. However the doubts surrounding Iran’s nuclear intentions have made this difficult, and so have president Ahmadinejad’s constant .

For now it seems that Iran’s genuine energy concerns are hostage to the balance of power struggle between the Iranian government and the West.

ABOUT
Meir Javedanfar is an Iranian – Israeli Political Analyst, and the coauthor of “The Nuclear Sphinx of Tehran: Mahmoud Ahmadinejad and the State of Iran“. He runs Middle East Economic and Political Analysis (Meepas) and has recently established the Middle East Analyst Blog.