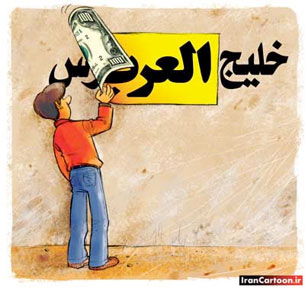 In response to the last message regarding the American Institute of Electronics and Electro Engineers (IEEE) that its website also refers to Persian Gulf as ‘Arabian Gulf’, a great number of IEEE members, especially a group at US East Coast and Canada, got mobilized and sent messages to IEEE officials and expressed their dismay.

Few years ago during the campaign to end the restrictions on publications by Iranians, we were in close contact with Dr. Michael Lightner, President of IEEE. After successful removal of these restrictions, Dr. Lightner traveled to Iran and reactivated the Iranian IEEE-Section. For this reason I have contacted Dr. Lightner again, and asked for his help on this issue.

I am pleased to inform you that these efforts were successful and IEEE, like ACI, removed the name of the ‘Arabian Gulf’ from its website & from the Program of the Conference in UAE.

Many thanks for your messages of support and the kind remarks that I received.

PrevPreviousAhmadinejad vs Shah
NextIran-Iraq War: A Path To Nowhere (9)Next