Birth of the Báb is Celebrated by Baha’is Worldwide 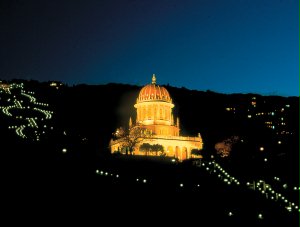 The worldwide Baha’i community around the world celebrate the birth of Báb on 20th October.

Báb, which literally translates as ‘the gate’, was a prophet and forerunner of the Bahá’í revelation. Likened to John the Baptist some two thousand years before, the Báb called on people to purify themselves for the coming of the messenger of God. This is asserted to be Bahá’u’lláh who was initially a follower of Báb and through him, the Bahá’í faith was founded.

Although there are many stories of the Báb’s childhood and his many good qualities, very little is known of his birth.

He was born on 20th October 1819 in Shiraz, Persia (now Iran) as Siyyid ‘Ali-Muhammad. He was the son of a merchant of Shiraz, Siyyid Muhammad-Ridá, and his wife Fátimih-Bagum who were both decedents of the Prophet Muhammad. The Báb’s father died when he was very young and he was put into the care of his uncle, Hájí Mírazá ‘Alí.

On May 23, 1844, in Shiraz, Persia, the Báb announced the impending appearance of the Messenger of God awaited by all the peoples of the world. Following this announcement, the Báb was persecuted by members of the dominant Muslim clergy in what is now Iran. The Báb was arrested, beaten and imprisoned, and, on July 9, 1850, was executed in the public square of the city of Tabriz. Some 20,000 of His followers perished in a series of massacres throughout Persia.

There is no established tradition in which His birth is celebrated except that this is one of the nine Holy Days on which work is to be suspended. The day is a simple and joyous event that will begin with prayers and devotional readings and develop into some kind of festive social gathering either at home or in a place of worship. The event is celebrated, in the Bahá’í spirit of openness to all.  If you reside in Silicon Valley, you are welcome to attend the celebration on Sunday evening, at 6:30pm, at Quinlan Center, in Cupertino.

Today, visitors at the Baha’i World Center in Haifa, Israel, can visit the Shrine of the Bab, a majestic, gold-domed building where His earthly remains are entombed.