“Beauty and the Barbarians” 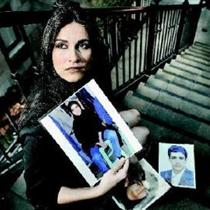 Ahmad Nourzehi is on death row in an Iranian jail. He was 12 when he was sentenced to death for carrying and supplying heroin. Soghra Najafpour spent 17 years on death row, having been convicted at 13 of murdering an eight-year-old boy — the son of the family who she had been working for as a maid since she was nine. Najafpour denied the charges, but was only released from prison a year ago after her family managed to raise $66,000 US to compensate the boy’s family for its loss. Five days after her release, she was ordered to return to jail and face execution.

These are only two of the 139 juvenile offenders scheduled for public execution in Iran. These are the children for whom Nazanin Afshin-Jam weeps, loses sleep over and has gone into debt as she tries to save them from stonings, hangings or being dropped from a crane often after coerced confessions, inconclusive or rigged trials or no trial at all.
(In Iran, there’s something called the ‘divine knowledge of judges,’ which allows them to rule on a case without ever hearing the facts and arguments.)

Afshin-Jam is haunted by her conviction that there are many others, and the fact that last year Iran executed 17 juvenile offenders.Afshin-Jam is their public face, defender and advocate. It’s a role she’s prepared for almost since the day her family moved to North Vancouver from Iran in the early days of the Islamic revolution.

Last Friday, it appeared that the Iranian government might have buckled under the pressure from her and her organization, Stop Child Executions. As she and supporters of Stop Child Executions rallied noisily outside the United Nations building in New York City, inside Iran’s deputy state prosecutor announced a ban on children executions.

Afshin-Jam was pleased, but wary. Her cynicism was justified three days later when Hossein Zebhi “clarified” his statement. The ban on executions was only for children convicted as drug traffickers.

Afshin-Jam remains unconvinced that Iran will even honour that promise.

“The reason I’m so cynical is that we’ve seen cases where the government said they were going to put a moratorium on stoning but then we’ve seen they’ve continued to stone people to death,” she says.

Iran “bastardizes” the law, she says, executing juvenile offenders after they’ve turned 18. Or, it justifies the executions saying that the penal code is based on Islamic or sharia law, which says a girl is an adult at age nine and a boy at age 15 and, therefore, they are criminally responsible.

“Some days it feels like one step forward and other days it’s two steps back,” Afshin-Jam says with a sigh. “We never know.”

Iran’s supreme leader Ayatollah Ali Khamenei and Council of Guardians — all fundamentalist Islamic clerics — have veto power over everything including laws passed by President Mahmoud Ahmadinejad and parliament.

“I know talking to people in Iran that they want an end to barbaric practices like child executions and stoning and chopping people’s hands off for stealing or throwing people from a height as a form of punishment,” says Afshin-Jam. “But people can’t change anything. Their hands are tied … and they’re afraid.”