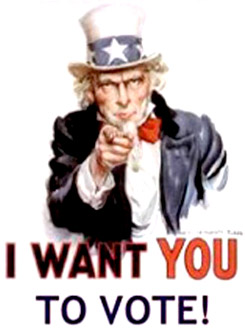 The Economist has created a very interesting section where, as I understood, subscribers have so far voted for either of the US presidential candidates, no matter where they subscribed from. This hypothetical worldwide vote for the American presidency is not representative of the general public but it is most likely representative of the English-speaking (not necessarily native), mostly highly educated and liberal (those who are likely to read the magazine), population around the world. And quite itnerestingly there have been enough votes from almost any country in the world for the results to be valid and published, except for countries like Mauritania, Mali, North Korea or Tajikistan.

The results are quite interesting. The US is a strong Obama supporter according to the online poll. This is of course a sign that The Economist is clearly no appeal to the average Republican supporters, the Joe Plumbers and maybe even mothers with pregnant under-age daughters! There are only three countries in the world that are McCain supporters, at least so far (end of October), and they are Algeria, the Democratic Republic of Congo, and Iraq. Why are Algerian and Congolese readers of The Economist McCain fans? Maybe because these two countries are mostly concerned about national security and see McCain as the stronger man in the field of security. There are also other countries with recent past conflicts where the population seem to be somewhat split, and not almost totally Obama-leaning, like Venezuela, Columbia, or the newly invaded tiny Caucasus country of Georgia. Such countries seem to have The Economist readers who are more concerned about security and a possible protection of their interests by the US government, so they are more likely to vote McCain in this hypothetical worldwide poll.

Iraq is the trickiest country of them all. Would the population of Iraq vote for McCain or rather Barack (Hussein) Obama? I am not really sure who they would vote for, but one thing is clear and that is the presence of a huge American army on ground in Iraq, who are far more likely to read The Economist rather the Arabs and Kurds. There are also American soldiers in Afghanistan who would also be far more likely to read the Economist than Afghans themselves, but there are also the British, the French, the Germans and other non-American soldiers who would definitely come as a counterbalancing voting block to a more likely strong McCain-leaning American army.

In Iran’s case it is obvious that native Iranians (as there are very few foreigners in Iran) have largely voted for Obama and this is quite a clear sign that educated and liberal Iranians are Obama supporters, just like the Americans, and they are definitely not concerned about a possible protection of the Iranian population by the Americans, which may be the case for small countries like Georgia.

It is also quite interesting that Israelis have largely voted for Obama rather than McCain, though national security is the greatest concern of the Israeli public. This may be a sign that no matter how much the Republicans try to show their tolerant and pluralistic face, they are still viewed as the white Christian party, and most Muslims or Jews find it very difficult to vote for them even when they find the Republican policies more appealing. This also goes for me, as an Iranian, as a non-Christian, and as a supporter of most of McCain policies (conservative, small, government etc).

Let’s see how the US democracy has progressed and whether Americans will be able to vote a black man to the highest office. Barack Obama has shown tenacity and leadership in this long and difficult campaign and he has definitely no less abilities than George W Bush for the job.