Nostalgia: Richard Burton and Liz Taylor in THE SANDPIPER (1965) 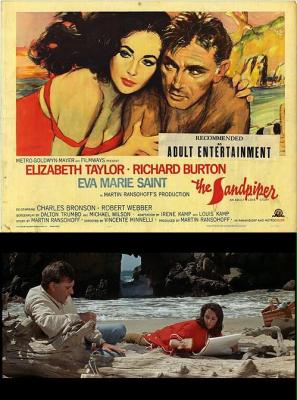 A Swinging 60’s Heartbreaker: The Forbidden Love Story between an Anglican Priest (Richard Burton) and a Hippie Artist (Liz Taylor) in  San Francisco of the 1960’s is also best remembered for its romantic music Score “The Shadow of Your Smile”. THE SANDPIPER (1965) directed by Vincent Minnelli and starring Richard Burton, Elizabeth Taylor and Eve Maria Saint and an unknown Charles Bronson in his first major supporting role.

A Rendering by Barbara Streisand and Johnny Mathis

A Rendering of the Song by Andy Williams

A Rendering of the Song by British Connie Francis ( My Favorite)