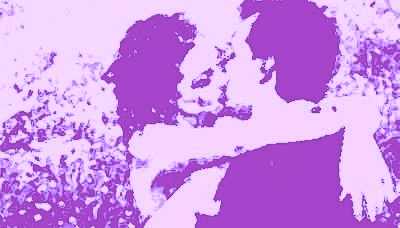 You may have heard about me from your niece Firoozeh. I am her dear old friend Maryam and I am faxing this letter to you after several attempts to contact you via telephone. I think perhaps you are out of town for a few days. Anyways, when you get this letter, I beg you, on behalf of Firoozeh, not to contact her father and share the following news with him, at least not yet. Firoozeh is afraid for his ill health and the shock that this turn of events may have on him. You, who have been her confidant for many months now, will perhaps take this news with more aplomb, as horrible as it may be.

Firoozeh is currently in jail. She was arrested a few days ago and charged with domestic assault and battery. Of course, we both know she is innocent and it is her bastard of a husband, if you would please forgive my rudeness, who has set her up. They apparently got into some sort of argument after Firoozeh realized that he is cheating on her with another woman. According to Firoozeh, whom I have finally been able to visit in jail recently, she slapped him during the heat of the argument and her husband then called 911 grossly exaggerating the circumstances of course. He ripped the clothes off her and threw her out of their apartment barely hanging on to her underwear until the police arrived. I think for Firoozeh, she thought she had reached the lowest depths of humiliation at that point but that was before she was forced to undergo even more shame-inducing events, including being stripped naked and forced to shower and share a cell with prostitutes and drug addicts in a crowded Los Angeles jail.

Shahab took advantage of her lack of English language skills to convince the police officer that Firoozeh attacked him with a knife and threatened his life. One of the neighbours apparently came forward at the same time and backed up Shahab’s claim that he had heard Firoozeh screaming at her husband once before and she had been violent then too. Shahab had told the neighbour that Firoozeh had tried to hurt him by throwing dishes and glasses at his head while the reality is of course, that she simply threw them down on the ground out of frustration during one of their arguments.

Firoozeh, not knowing enough English to defend herself, simply cried out: “Not guilty!” as the police officers handcuffed her and threw her in their car. Then, after being booked and assigned a jail number, she spent the most agonising night thinking she may finish the rest of her days in that cell without anyone finding out her whereabouts. The next morning, they finally let her call someone. She got a hold of me and I marched down there with my husband and my lawyer and put things in motion very fast to get her bail. But this conniving son of a bitch Shahab, if you would excuse my vulgarity, had already alerted I.N.S. that this was a sham marriage on the part of Firoozeh even going so far as to bring my name into it, claiming I run a ring of prostitutes and sham wives from Iran and that Firoozeh was one of my girls, if you can believe this maniac! The result being that they took out Firoozeh from county jail only to dump her in immigration jail and in the meantime, I am being investigated by the FBI.

It is a fine mess that this piece of shit of a man, if you will pardon my choice of expression, has put us into but don’t worry, I have enough connections in this town to make things right. It just will take some time before that web of deceit and lies can get unspinned. Speaking of, I had my private investigator look into Shahab’s background and there is apparently a warrant out for his arrest on some charges that he bilked some people out of money. The man is apparently quite the con artist. There is no record of him ever owning a chain of restaurants as he claimed. His credit is completely shot and he has filed for bankruptcy several times, not just once. I remember he was chatting up my friends at one of my parties, after getting his wife conveniently out of the way, trying to get them to invest in his business ventures. Thank god none of them took the bait.

Dear Mrs. M, what Firoozeh is asking of you, until she can contact you herself, is to very slowly prepare her father for the breaking of this news. Maybe drop a few hints here and there that there are some small problems in the marriage and that Firoozeh might want to come and take a short vacation in Iran. Also, please guard him from Mahrokh Khanoom’s machinations. Firoozeh told me Shahab is a distant relative of her father’s wife and he has threatened her that he is going to spread the same lies to all who are willing to listen in Iran, about her being a prostitute etc., as if he has not ruined her life enough.

For now, we are working day and night on Firoozeh’s release from custody. Until then, please pray for your niece, not only for her to gain her physical freedom back but her mental one as well.

PrevPreviousBack to 1976
NextObama Advised to Forgo More Threats to IranNext