NIAC Effectively Gets Out the Iranian-American Vote 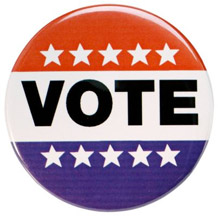 Washington DC – Thanks to new technologies and partnerships, NIAC’s voter registration and Get Out The Vote (GOTV) activities reached unprecedented levels in 2008. NIAC made a total of 113,000 targeted phone calls, e-mails and postcards encouraging Iranian Americans to vote in the primaries and general elections, and to register Iranian-American voters.

On the surface, Get Out The Vote (GOTV) strategies are fairly simple: register new voters, then make sure that all registered voters cast their ballots on election day. The difficulty in this process lies in identifying unregistered Iranian-American voters.

Past voter registration and GOTV strategies have primarily relied on internet outreach, which is cheap but blind and untargeted. Advertisement on websites and mass mailings are very imprecise and yield a very low return on the investment. Setting up voter registration tables at various Iranian-American events is time-consuming, costly and invariably ineffective. The problem goes back to the difficulty in identifying potential voters that are both Iranian-American and unregistered.

To overcome these obstacles to Iranian-American civic participation, NIAC partnered up with nine national organizations in what is called a “C3 table.” Through this collaboration, NIAC processed its lists of tens and thousands of Iranian Americans to identify the unregistered Iranian Americans. This enabled us to micro-target Iranian Americans based on their registration status and their residence in key battleground states. NIAC used this technique not only to register these voters, but also to ensure that they did cast their votes on Election Day – or participate in early voting.

The importance of this effort became very clear half-way through the process: We discovered for instance that with only one week before the voter registration deadline, 45 per cent of our target list of Iranian Americans were still not registered. NIAC reacted swiftly to remedy this through targeted phone calls and postcards – numbering more than 9,000. NIAC used this new technology both in the primaries and in the general elections. As a result, NIAC expanded the influence and visibility of the Iranian-American voting bloc.

Voter turnout tends to be very low for presidential primaries. In Virginia, for example, 61.5% of the eligible voting population participated in the General Elections during the 2004 Presidential election, whereas only 5.7% participated in Virginia’s primary. This year, however, primary turnout was record-high. Nationwide, approximately 23 million more people showed up to vote during the primaries this year than in 2000.

During the primaries, NIAC reached out to our targeted contact list and each of our contacts received three reminders to register and to vote in the Presidential Primaries, resulting in a total of 78,000 total voter contacts. A further 12,000 voter contacts were made urging the community to participate in State congressional primaries which often occurred separately from the Presidential primary dates.

34 states along with the District of Columbia allowed early voting in anticipation of the high voter turnout. In an effort to help the Iranian-American community avoid long lines at the polls, NIAC made more than 2,000 voter contacts in the targeted states to encourage early voting.

Studies have shown that voters are more likely to vote when called, so we placed more than 9,000 calls, reminding people to vote on November 4 in ten key battle ground states. An additional 12,000 people received either an e-postcard or a postcard through the mail reminding them to cast their ballots on Election Day.

NIAC’s GOTV efforts were not only important for the 2008 election. The increased civic participation rate will enable even higher Iranian-American visibility in the 2010 election. NIAC aims to expand this program by creating additional partnerships with local membership-based Iranian-American organizations with the goal of reaching more than 100,000 Iranian-American eligible voters in 2010.