Juvenile Executions in past 18 years 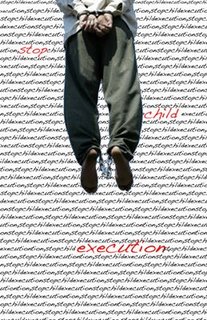 In the past year it has been heard time and again, through human rights news or ‎statements issued by human rights activists, the embarrassing news that Iran is leading ‎the world in the number of juvenile executions. Today’s piece aims at reviewing these ‎executions and providing a general analysis on the implementation of this punishment in ‎Iran since 1990. It must be noted that figures cited in this piece are based either on ‎information published and approved by official sources or my personal research, ‎confirmed by the execution of the sentences. ‎

Since 1990 at least 41 juveniles have been executed in our country. Out of these, the ‎names of 37 are provided in figures released by the Human Rights Watch. However, the ‎names of Masoud Naghi Biravand and Mohammad Faghiri, who were hanged in Lorestan ‎in 1385 and Isfahan in 1386, respectively, are not mentioned.‎

In addition, the Afghanistan Independent Committee reported the execution of two ‎Afghan juveniles in Iran in fall of 1997, but the name of neither individual is available in ‎any official report. ‎

One of these 41 individuals was a woman and the rest were men. Of this total, 9 were ‎under the age of 18 at the time of execution, and 32 were executed after turning 18. In ‎this respect, until the year 2000, juvenile convicts were executed regardless of their age ‎after their conviction. For example, between 1990 and 2000, six individuals under the ‎age of 18 were hanged. After 2000, however, the judicial process changed and most ‎juveniles remained behind bars until they reached the age of 18, when their death ‎sentences were be carried out. Nevertheless, in the past 8 years, meaning from 2000 until ‎November 2008, at least five juveniles by the names of Atefeh Sahaleh, Majid ‎Saghouvand, Saeed Ghanbarzehi, Mohammad Hasanzadeh, and one other juvenile whose ‎name was not stated in newspapers were hanged before reaching the age of 18. ‎

As a result, if we divide this 18-year period into three six-year period, in the first period ‎four people, in the second period three people, and in the third period 34 people have ‎been executed. These figures show that there is no considerable difference between the ‎first two period, meaning the years between 1369 and 1380. However, since 2001, we ‎are suddenly faced with a close to 11-fold increase in frequency of juvenile executions. ‎

However, one must note that this does not necessarily mean that the number of ‎executions have increased 11-fold. Part of the increase is due to better “documentation” ‎of execution cases in recent years. In effect, because of the sensitivity of human rights ‎activists and the documentation of individual cases, unlike the past cases of execution are ‎no longer hidden from media scrutiny. ‎

However, it must be noted that data related to executions is still not fully accurate. For ‎example, various figures have been released about the number of convicts on the death ‎row in Iranian prisons (from any age). The figure has varied from 70 to 150 individuals. ‎More importantly, however, is that none of these figures are clear and accurate and until ‎the doors of information are close to researchers, journalists and lawyers, we can neither ‎provide an accurate analysi s of crime conditions and punishment process nor be aware of ‎the number of individuals in order to help and defend them. For example, Amr ‎Houshang Fazlollahzadeh was executed in Tonekabon last spring and Mohammad ‎Hasanzadeh was hanged last spring at the age of 17 in Sanandaj. The names of neither of ‎these two individuals were listed on reports published by human rights organizations and ‎no journalist or activist was even aware of their convictions until after their execution. ‎

It also is necessary to note that we must call on all social and civil society activists, ‎journalists and lawyers working in Tehran and other cities to contribute to ‎documentation, reporting and publication of the plight of juvenile convicts. ‎

Perhaps then we can be hopeful about pulling down the shameful place afforded to us on ‎the podium as the world’s leading nation in juvenile executions.