The Sacred Order of the Pomegranate

After harvesting nearly thirty-five pounds of pomegranates (at least 30-40 varieties of sweet, tart, sour, tangy, juicy, fleshy–and every imaginable shade of red), earlier in November, I decided to host a “Pomegranate Party” at my house. The goal was to bring together some of my women friends and pluck the seeds, juice the fruits, and taste the many varieties laid upon my table. It was a perfect day for it. Instead of having to lay down dropcloths to catch the splashes of pomegranate juice (my goal was to lay carnage to the fruits), we were able to do it on our back deck. We also borrowed a neighbor’s citrus juicer. We began at 10 am, and my son, Niko (age 6) started by coloring some pomegranate pictures for me (see album). We juiced for nearly an hour (the collection of women included my neighbors, Karen and Mary Lynn (aka Bubby and Melon) and an assortment of pomegranate-loving women who would be initiated into “The Sacred Order of the Pomegranate.”

We juiced, plucked and painted. My son made aprons with pomegranate iconography for some of the women, and I painted a t-shirt with pomegranate juice for him. It was a lovely beginning to making some of the necessary ingredients for fesenjoon. We juiced nearly three quarts of juice, before the unthinkable happened–my husband, Craig, while out jogging collapsed and sustained a bleed on the membrane of his brain. Without knowing that he was two blocks away awaiting an ambulance, I had gone looking for him in the neighborhood park. It turned out he was already in Alta Bates emergency room where they were trying to assess what had happened and were already administering medicine to prevent further swelling of his brain. I abandoned the Pomegranate Party…and left my neighbors in charge.

I left my beautiful women friends with a recipe, the pomegranates, my son, and I, the self-anointed Queen of the “Sacred Order of the Pomegranate” headed to another universe–the fast-paced, scarey, and dramatic sence of the hospital emergency. Thankfully, after good medical care and four days in the ICU, Craig is recovering and has sustained no serious injury (but it was very scarey and he could have died if it weren’t for the kindness of neighbors who witnessed his collapse!!) and I’m grateful for his life! The Pomegranate Party went on without me. Once my panic was relieved and Craig was in the good care of the ICU, I called to check on the Sacred Order of the Pomegranate. They had successfully juiced and shucked nearly all the anar, and asked me for the recipe to make Persian rice (a la saffron).

The pictures are part of the day that I was present for — and from it these women bonded and initiated the first rites of the Sacred Order of the Pomegranate (from which all life is celebrated, sustained, and made into delicious food that creates a communion of spirit). I hope you enjoy the photos. I am particularly fond of my son’s drawings. Have a good winter. Goodbye to pomegranate season — and thankfully I have the photos to remind me of next year, when always, my son asks me “when is it going to be pomegranate season, Mama?” 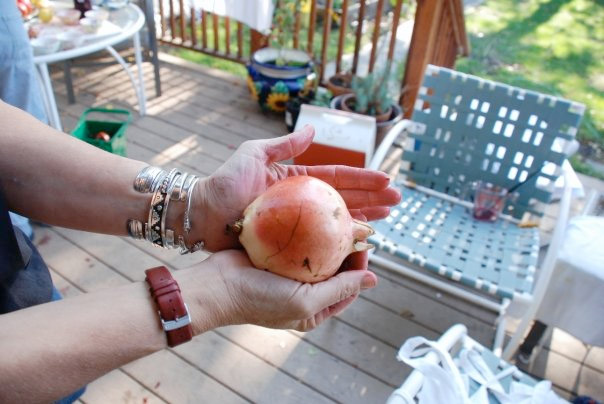 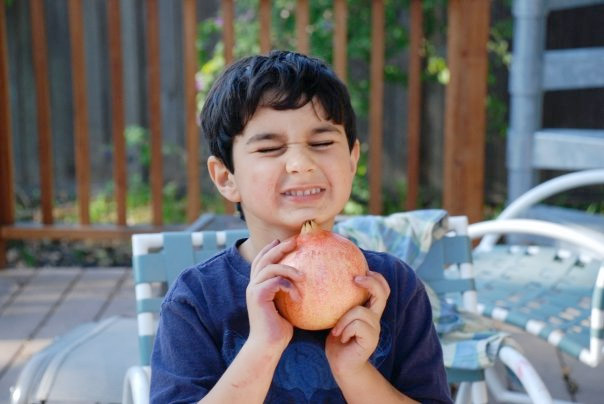 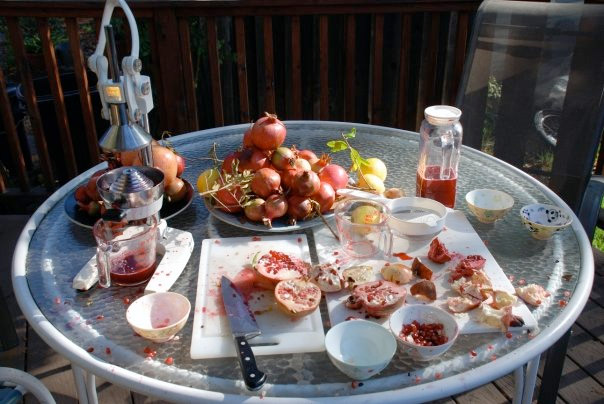 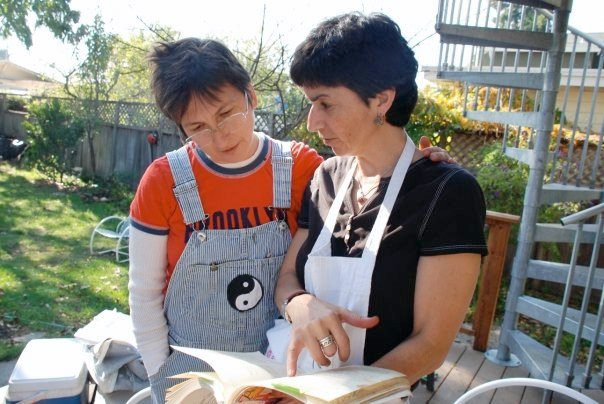 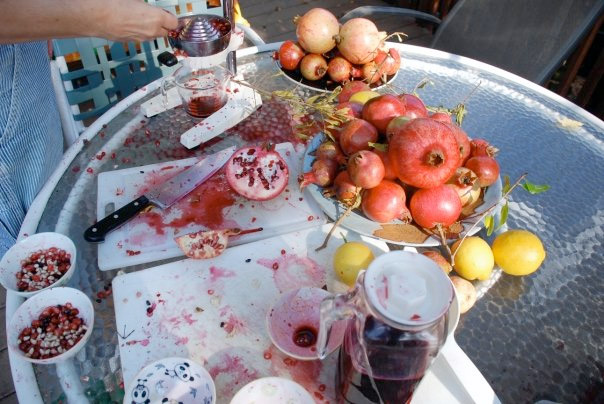 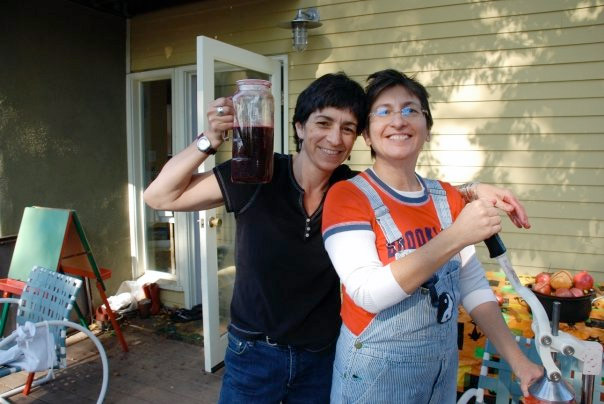 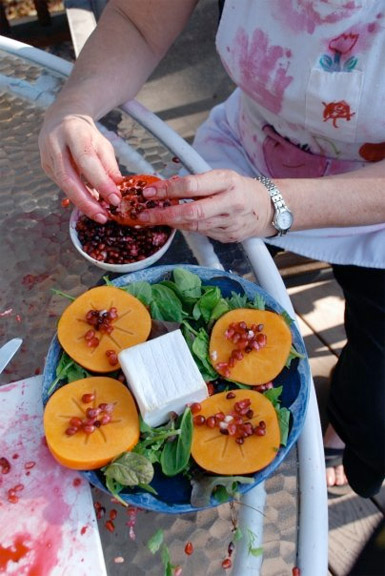 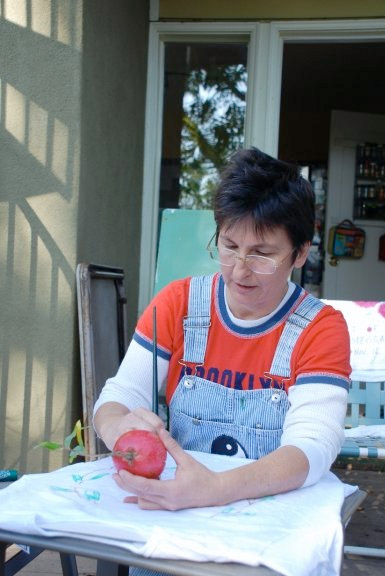 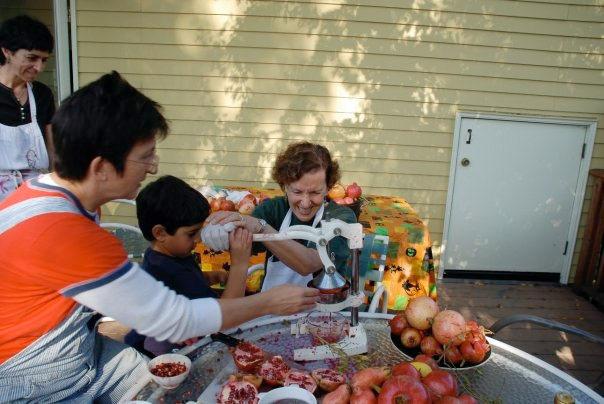 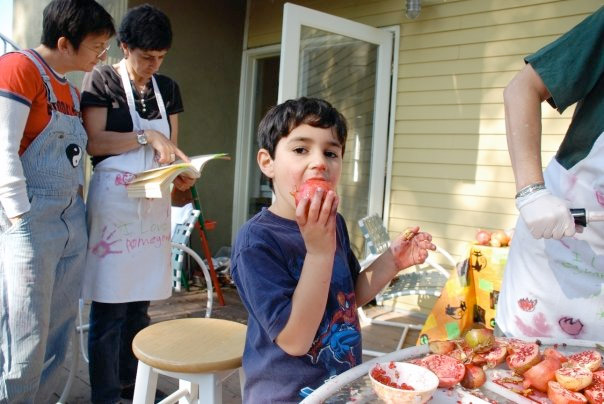 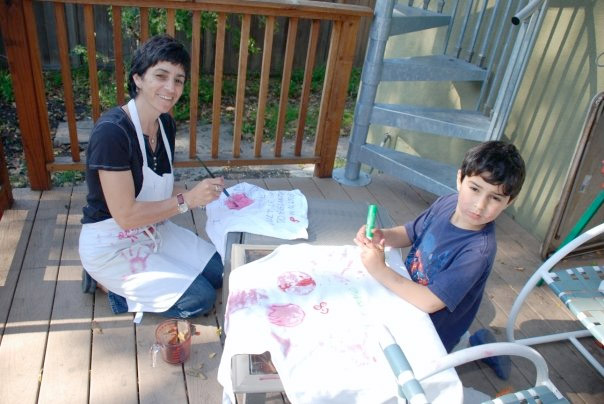 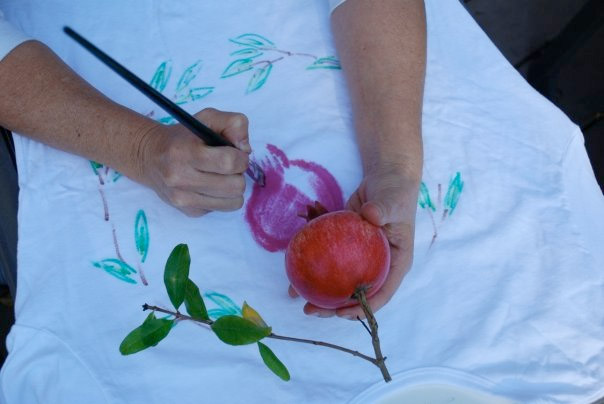 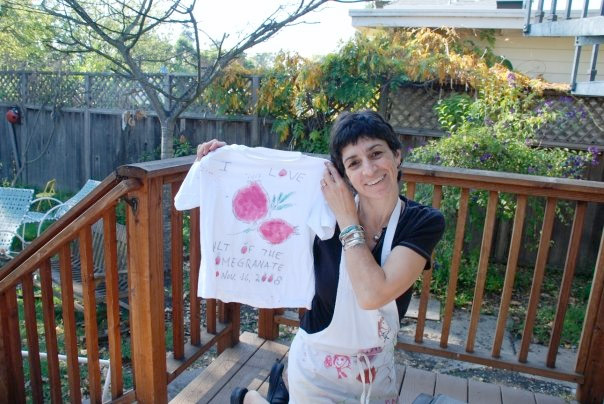 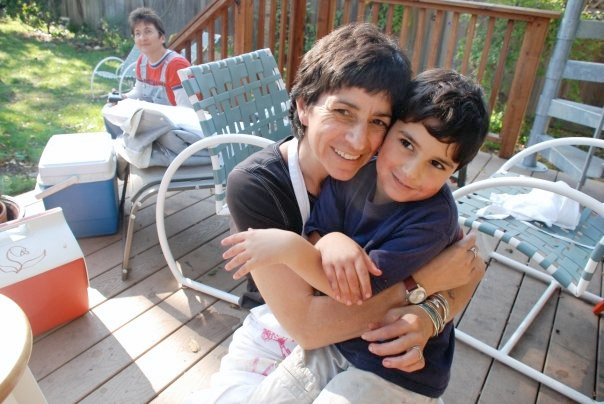 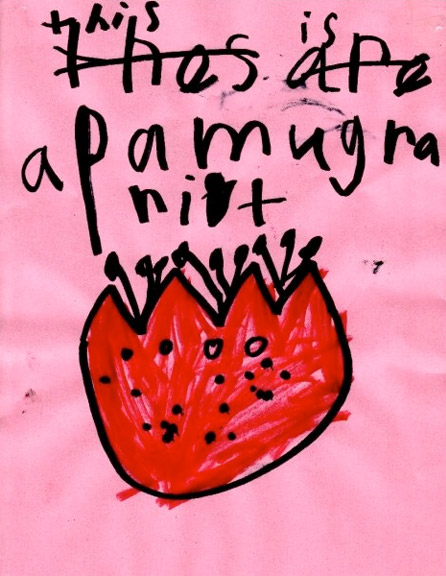 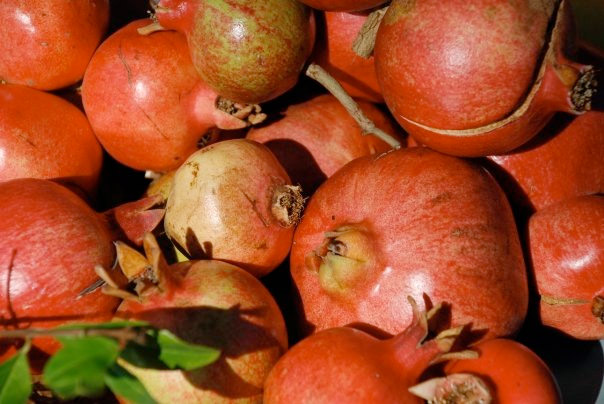 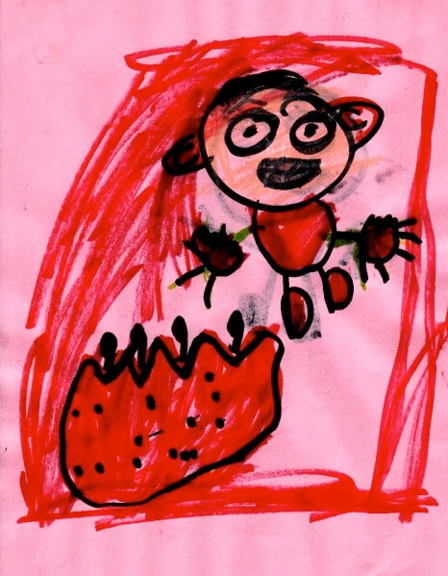 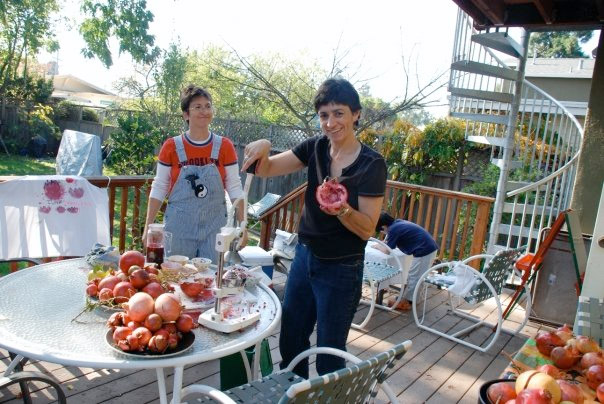 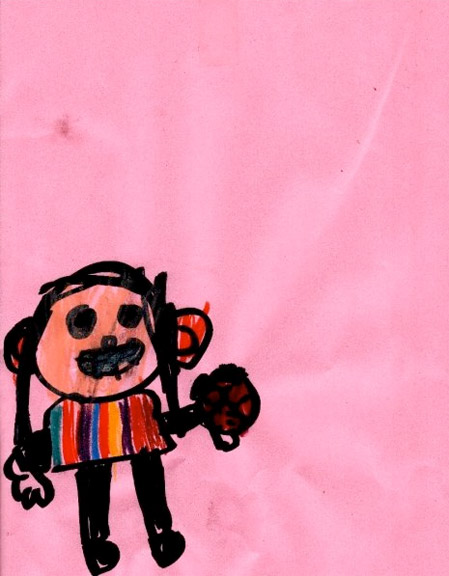 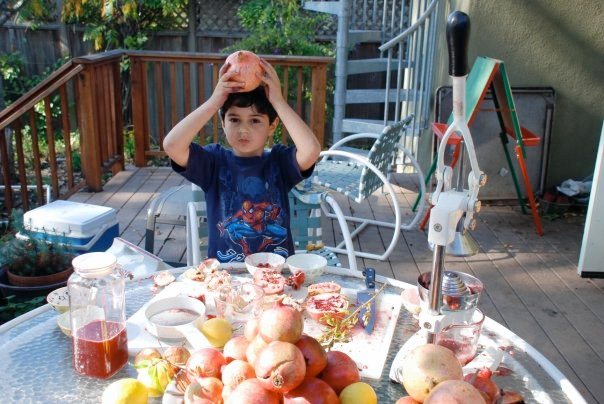