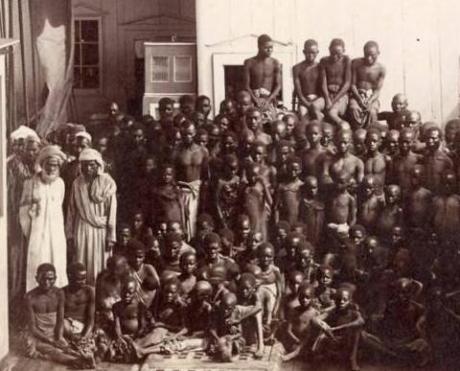 “The inhabitants of a country life Africa are all as wandering
savages and wild animals. They lack intelligence and knowledge; all are
uncivilized; not one civilized and a wise man is not to be found among
them. These are the proofs of the wise men. The prophets also
acknowledge this opinion, towit: That education hath a great effect
upon the human race, but they declare that minds and comprehensions are
originally different. And this matter is self-evident; it cannot be
refuted. We see that certain children of the same age, nativity and
race, nay, from the same household, under the tutorship of one teacher,
differ in their minds and conprehensions. One advanceth rapidly,
another is slow in catching the rays of culture, still another
remaineth in the lowest degree of stupidity. No matter how much the
shell is educated (or polished), it can never become a radiant pearl.
The black stone will not become the world-illumined gem.” (Tablets of
‘Abdu’l-Baha p.567 vv.3-4)

Here are the FACTS:

*Both Baha’i Founders (The Bab and Baha’u’llah) bought and sold black
SLAVES! These were not merely “servants’ or hired help. They were
SLAVES!

*Abdu’l-Baha believed that Africans were “savages” who were lower than animals in temperment and intelligence.

*Baha’is believe and teach that Jesus never arose from the dead, but is
still buried in Jerusalem, and the Bible and Gospels are full of myths
and errors.

*Baha’is believe and taught that Baha’u’llah is the “SUPREME Manifestation of God”; much superior to Jesus or Muhammad!

*Shoghi Effendi taught that the Jews were persecuted for 2,000 years
(including the Holocaust) because they persecuted Christ for 3 years.

*The Baha’is have converted almost 100,000 African-Americans, and
perhaps 1 MILLION black Africans, by proclaiming it is the first
“racist free” religion!

*The Baha’is have started the “Institute for the Healing of Racism”
that works with the NAACP, the Dr. Martin Luther King Jr. Center, and
other such organizations to promote “healing from racism”.

Don’t let them get away with that BIG LIE!