Out of the mouths of babes! 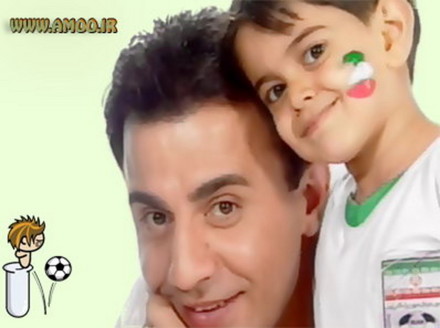 I received a Farsi link from a friend containing a very funny true story which I would like to share with you.

Apparently, the popular children’s program on Iranian TV, Amoo Poorang, has a segment where live telephone conversations with children are aired.  In its latest segment, the host, Amoo Poorang, received a phone call from a child which has caused quite a stir!  Here’s a free translation of the dialogue that took place (much to the authorities’ chagrin!):

Amoo Poorang:  Have you been a good boy?  Or have you been causing trouble for your parents?

Child Caller:  I have been very good.  My Dad just bought a stuffed animal for me as a prize.

Amoo Poorang:  That’s great!  What kind of stuffed animal is it?

Amoo Poorang:  A monkey!  That’s great!  What is his name?

Now there is a lot of noise about the program’s airing a direct disrespect to the President.

Though censorship reigns supreme on IRIB, the whole “live” business of Iranian television, particularly for children’s programs is now under question.  The piece I was reading said that not too long ago in the same program, some not-so-Islamic family secrets were shared on the air by other child callers.  For example, when one child was asked to hand the phone to his parents, he replied that his parents were indisposed as they were taking a bath together!  Another call from twin young girls caused a similar uproar when Amoo Poorang asked the kids which one of them is kissed first when their father comes home everyday, and they replied that he kisses their Mom first!

This made me chuckle today.  I thought I’d share.