Roman Holiday: A Princess and a Journalist in Love (1953) 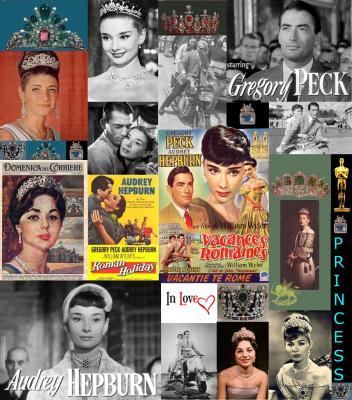 Audrey Hepburn at her Oscar-winning best in an immortal comedy-romance Opposite Gregory Peck!

Princess Anne embarks on a highly publicized tour of Europian capitals. When she and her royal entourage arrive in Rome, she begins to rebel against her restricted, regimented schedule. One night Anne sneaks out of her room, hops into the back of a delivery truck and escapes her luxurious confinement. However, a sedative she was forced to take earlier starts to take effect, and the princess is soon fast asleep on a public bench. She is found by Joe Bradley, an American newspaper reporter stationed in Rome. He takes her back to his apartment. The next morning Joe dashes off to cover the Princess Anne press conference, unaware that she is sleeping on his couch! Once he realizes his good fortune, Joe promises his editor an exclusive interview with the princess. More about the film Here

The Mouth of Truth

A tribute to some of the scenes in Roman Holidays with a song by Dean Martin “Roma”: