True lies and the art of Iranian double talk 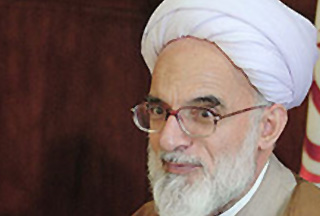 In an interview with Press TV, Iran’s General Prosecutor, attempts to respond to the increasing tide of protests against the IRI in its treatment of Iran’s Baha’i community and more specifically the trumped up charges brought against its leaders who have been in prison for more than 6 months.   Read for yourself and see how this bearded man assumes that the world is uninformed or, worse yet, stupid when he makes his claims on Press TV.

Iran’s Prosecutor General, Qorban-Ali Dorri Najafabadi, has said the Bahai sect in Iran is using the same facilities as other Iranians.

“The Iranian government has provided the Bahai sect in Iran with all the facilities offered to other Iranian citizens,” Najafabadi said in an interview with Press TV on Monday.

The top Iranian judiciary official made the remarks in response to Western claims that the Islamic Republic has violated the rights of Bahais in Iran.

According to the Iranian cleric, there is irrefutable evidence that many adherents of the Bahai sect are in close contact with the enemies of the Iranian nation and have strong links to the Zionist regime.

“We have always showed great kindness to the Bahai citizens in Iran. We just oppose such relations,” he explained.

Although members of the Bahai sect have admitted their charges in various cases, the West, especially the United States, claims that Iran has violated their human rights by making attempts to suppress the cult.

“We (as the state) offer a variety of services to the Bahai sect in Iran and respect them as human beings, but not as insiders, spies, or a political grouplet supported by Britain and Israel to cause disturbance in Iran,” Najafabadi went on to say.

On Wednesday, Tehran’s deputy prosecutor Hassan Haddad announced that seven members of the Bahai sect, who were evolved in espionage activities against Iran, would soon be tried.

The man is no idiot and is indeed telling true lies in the fashion that only a person with a turban can.   We have reason to be hopeful as these instruments of deceit deal a death blow to the very institutions on which they claim to be founded on.