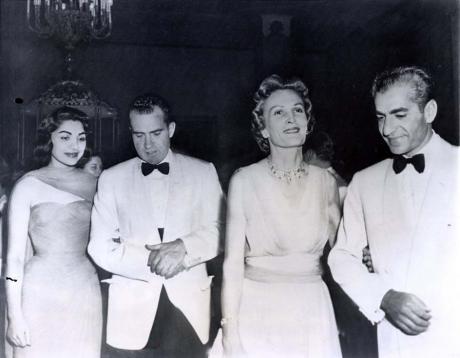 The Shah of Iran and then Vice President Richard Nixon serve as Best Men to respectively Pat Nixon and Princess Fatemeh ( the Shah’s sister) at State Dinner in Washington given by Secretary of State John Foster Dulles. The Shah and Nixon were to develope strong personal ties in the years to come particularly when Richard Nixon was elected as 37th President in 1968. The Latter was to the Only American official to assist to the Shah’s funeral in Cairo after the Persian King’s death in exile in 1980. (circa 1958)

Below: Former Vice President Nixon (having lost the Republican Presidential Bid to Democrat candidate John F.Kennedy) plays the piano on a TV show with his own composition set to concerto before form with “15 Democratic violinists.” Nixon takes a dig at Harry Truman just before playing. (circa 1963)

PrevPreviousMarla and Me
NextReport: Cuba, Venezuela could host Russian bombersNext