Give OBAMA a Break! 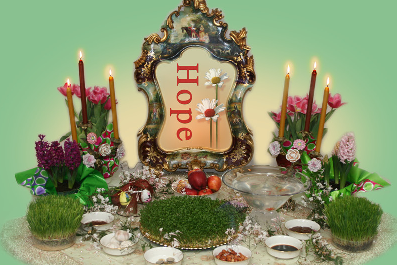 While Obama has only been in the office for a little over 60 days, he is under attack from all sides.  I mean let’s give the guy a break. He had nothing to do with the creation of this financial mess that his administration is being blamed for. Yes I am just as mad at the AIG pigs and their bonuses, but guess what folks, it was all legal.  As far as I know there are no laws (not yet) against being a greedy SOB in this country.

Anger and impatience won’t get us far and are dangerous. Right now our nation needs patience and rationality.  Let’s face it dealing with this financial crisis is nerve racking at times  because we are moving in an uncharted territory and maybe a cautious approach is needed. I can tell you this much, after living in this country for over 30 years, I finally see a president who is actually trying to deliver on his campaign promises.

Maybe Obama has taken on too much, too soon, but at least he is doing something and communicating it to us affectively.  His actions might not yield results overnight but it is better than non-action or business as usual which is offered by his opponents. So people please be patient. As Joe Klein said in a recent Times article, “We can feed Obama to the [Rush] Limbaugh lions if he fails … Or maybe not, should he succeed.”

For now America and the world needs two things; Leadership and Hope. In Obama, I see both.