Did GOD had spoken Arabic to persian prophets ? 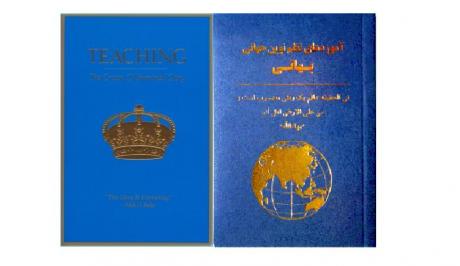 In Quran and bible God had repeatedly highlighted one of most important criteria of his Messengers would be that, speaker of the GOD’s word, would be the one who is speaks its own tribe and people,in other word not someone outsider who learn to their language.as we read in Quran 14:4 وَمَا أَرْسَلْنَا مِن رَّسُولٍ إِلاَّ بِلِسَانِ قَوْمِهِ لِيُبَيِّنَ “we have not sent prophet except whom speaks his own people language”, or we read also in Q41:44) وَلَوْ جَعَلْنَاهُ قُرْآنًا أَعْجَمِيًّا لَّقَالُوا لَوْلَا فُصِّلَتْ آيَاتُهُ أَأَعْجَمِيٌّ وَعَرَبِيٌّ

if we would have not sent Arabic Quran in your language, you would have protested, saying : Ajami words for Arabs ?

therefor, GOD Almighty , has made that clear for all of us, whom bringing you a message from GOD 1- should be in familiar and clear and understandable form of language , no Ajami message for Arabs ,vice-versa, no Arabic message should go for Ajams, couldn’t be more clear and transparent than that.

some argue that ,GOD said this just for Arabs, well, no ,than GOD would have not say “tell them you have message for all, criteria of messenger to be local, makes  good sens, people would learn and understand fast and spreading word it faster, why GOD would want to do 1-lie in Quran(saying some thing ,doing something else later)2- put hard Arabic word in front of Persian who at the time were 98% illiterate ,people who have some feel of historical antagonism toward to Arabs any way.

therefor , it is hard to believe GOD would want to apply one law to Arabs and not to other benefit , some they argue Arabic was a same as Persian or was once all was same, to their answer we all can go back read and literature from 165 years back  , except some governmental sycophancy letters and documents which hard Arabic mixture word were used to pleas reverent level of king , the rest are very much is same as today Farsi speaking if we speak Arabic today they were speaking than, how ever divinely changes need divine alert ,although we can all guess but we cant speak for GOD , we can not find any where in Quran that GOD has future plan change.

than ,reasonably we should not or “can not” accept claim other wise,

some smarts they may subtly put many plane and ad some numbers together ,or bringing unknown word with their own hand writing to eyes of our naives and ordinaries which until today not even want to translated those divine scriptures(at least not in to Farsi), and keeping this magic box close mystery and all they do speak highly and exaggerate the unknown content for their adherents and every one who they proselytizing, but GOD ,don’t need to go their long distance, if they write 20,000 books GOD doesn’t need bring 20,000 reason to expose them, all he does is allude few words, Persian say (AA’ghel ra eshareh-e -bass).that’s all it need.which inshallah if you ponder and contemplate in above verses he allude,you’ll realize. so our Bahais friends Iranian or other should understand , there should be more reason and answers to so many contradiction they face every now and than which they never find right answers for them, independent search for true(if is not just a word) should put them in good position to ask and get reasonable and rational answers from their leaders .(hopefully not be satisfied with advise of reading a few monajat (pray) to seek of understanding their own)