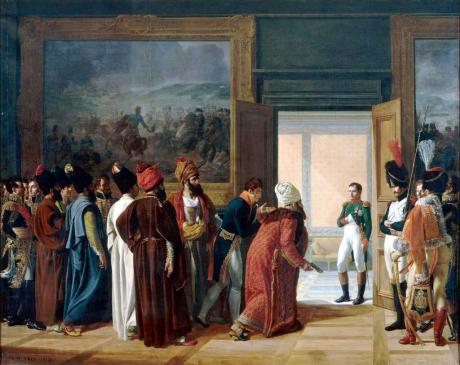 While Napoleon was at Finkenstein, he gave audience to the Turkish and Persian ambassadors. In a letter he wrote on 28 February 1807, Talleyrand, the French Minister of Foreign Affairs, reported that they were both so anxious to arrive first that their escorts came to blows. The French Emperor was seeking alliances with the Ottoman and Persian Empire in a bid to isolate Russia.

Napoleon and Persia: Franco-Persian Relations Under the First Empire by Iradj Amini

Pahlavi Meets Napoleon at Egypt Expo in Paris by DK