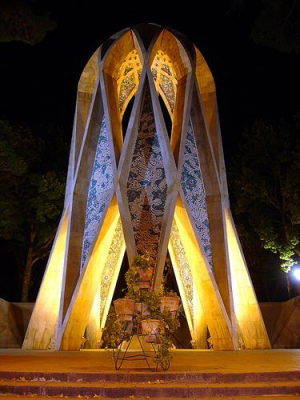 Founded in 2005 by Parvaz Homay, The Mastan Group has become one of the most prominent – traditional Persian music ensembles from Iran. Only in his 20’s, Homay is part of a very special group of Musicians who writes his own lyrics, composes, sings, produces and mixes his music in Iran. His ensemble consists of eight highly proficient Iranian musicians. These young spiritual and talented Artists transmit their message of truth and unity through novel lyrics and music. They achieve this by refreshing the traditional and folkloric music and introducing a groundbreaking interpretation of classical Persian music and poetry.

Following the paths of the greatest Sufi masters Rumi and Hafez, the Mastan Group encourages its audiences to live consciously. They share the universal idea of striving for a creative life by flourishing love and peace from within. Gorooh e Mastan is perhaps the best thing has happened to Persian traditional music since Aaref Ghazvini of The “Iranian Constitutional Revolution era” of early 20th century.

Even the few songs, which are not written by Homay, have been chosen very carefully from the great poets of the past and present.

“It has been proven that today true spirituality can’t flourish under an obligatory and restricted religious atmosphere. Ensemble Mastan” is trying to transmit this important message to their audience.

” Ensemble Mastan” is trying to refresh the Persian traditional music by introducing an active interpretation of music.”

CSI Arts is dedicated to the artists who are trying to make the world a more dynamic and peaceful place through their art.
CSI Arts is committed to high quality arts such as music, painting, stage and film. CSI Arts is providing opportunities for unknown but talented artists and is presenting them to the international audience by producing exhibitions, concerts, theatrical performances, and films for its growing members.