The Fourth International Conference on the Iranian Diaspora, organized by Iranian Alliances Across Borders (IAAB — iranianalliances.org) took place at University of California, Berkeley this past weekend.  I wrote two blogs about the event, and here are my photographs of the conference.  (Please see “So, are you white?” and “Tourists or Terrorists?”)  Seeing so many young Iranians who are genuinely interested in their Iranian heritage, culture, and identity was really impressive.  Some of the guests and participants were born in Iran, some have never been to Iran, and quite a number of them are children of mixed marriages between Iranians and other nationalities, creating a beautiful collage of identity and culture.  Photos 1-22 show a Friday night reception of IAAB members and conference speakers at Berkley’s Persian Center, where local artists and activists met and welcomed the crowd.  Photos 23-116 show the conference scene on Saturday and Sunday.  Photo 75 shows an image from Iranian.com, which was used as “visual aid” for University of Leeds researchers who have worked on “stereotyping” of Iranians!  The last photo shows the entertainment segment of the conference, performed by Fared Shafinuri and his band Tehranosaurus.  Last photo shows some Iranian.com contributors and members of the Association of Iranian American Writers and artist friends having an impromptu 13-bedar just outside the campus at Café Strada to finish two days of hard work and networking!  It was a wonderful gathering, the results of which were so much good information and so many new friendships! 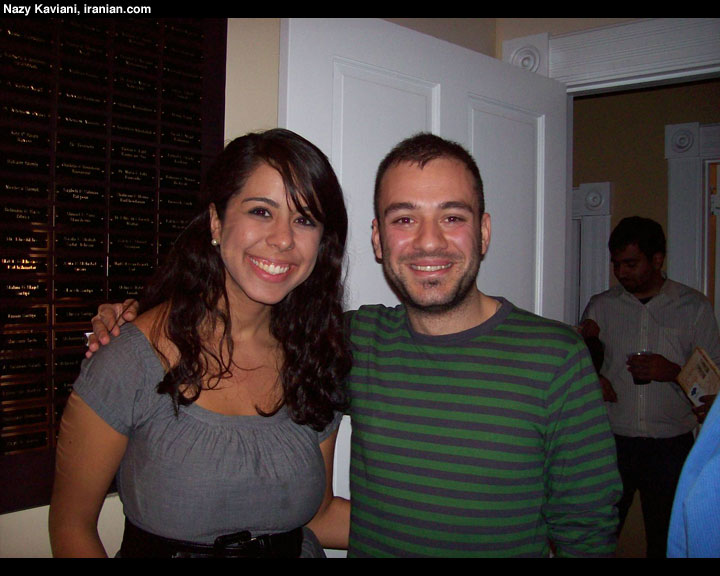 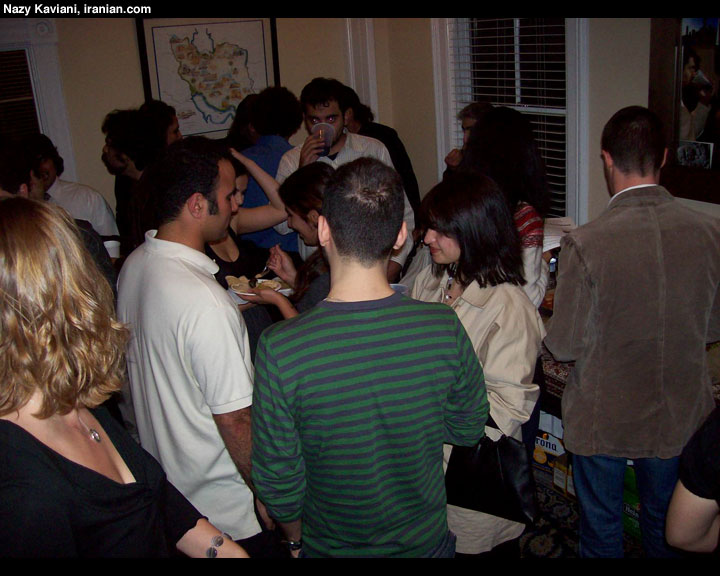 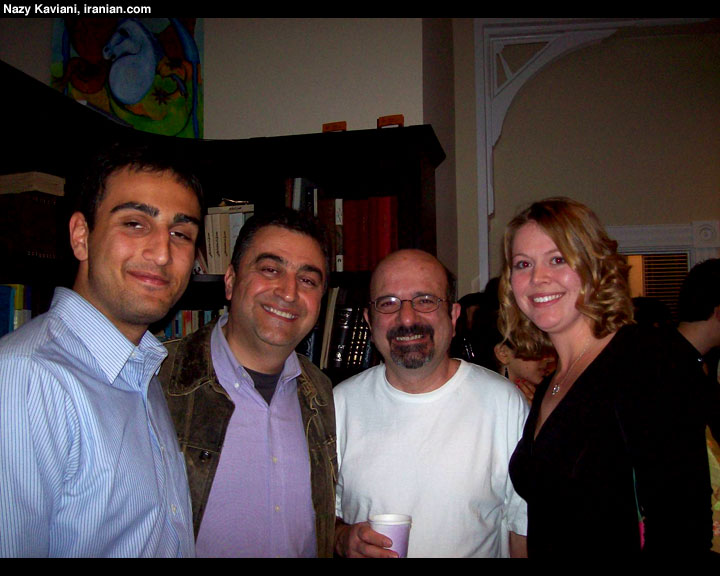 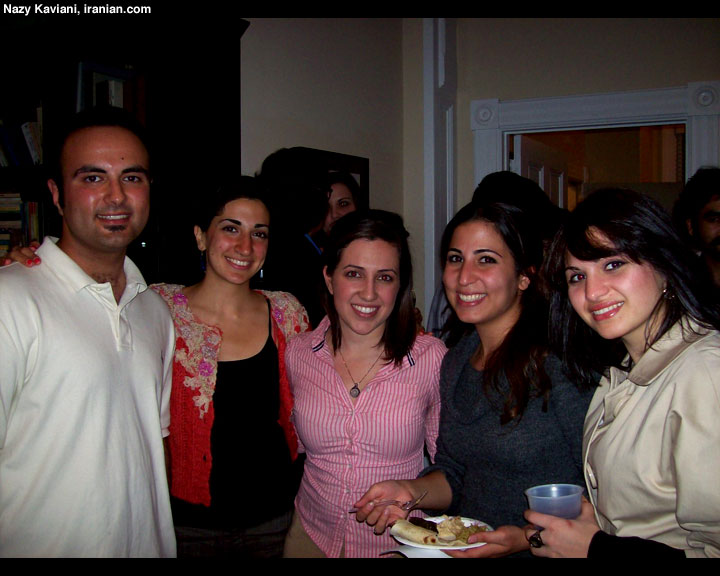 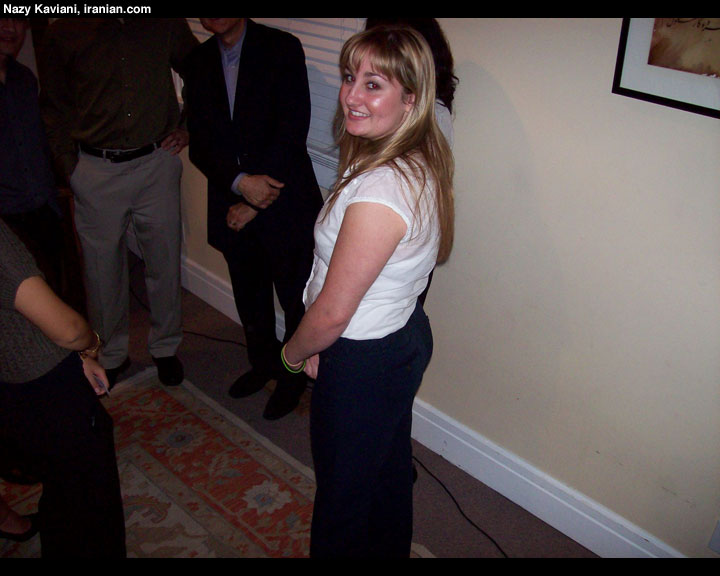 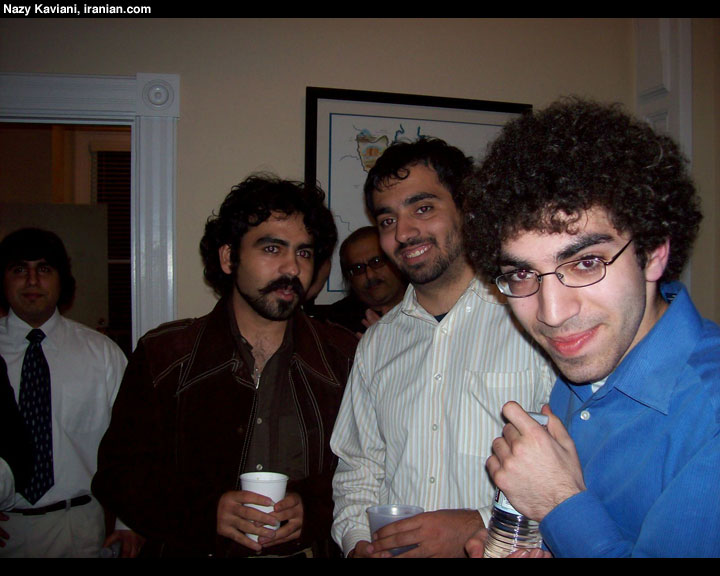 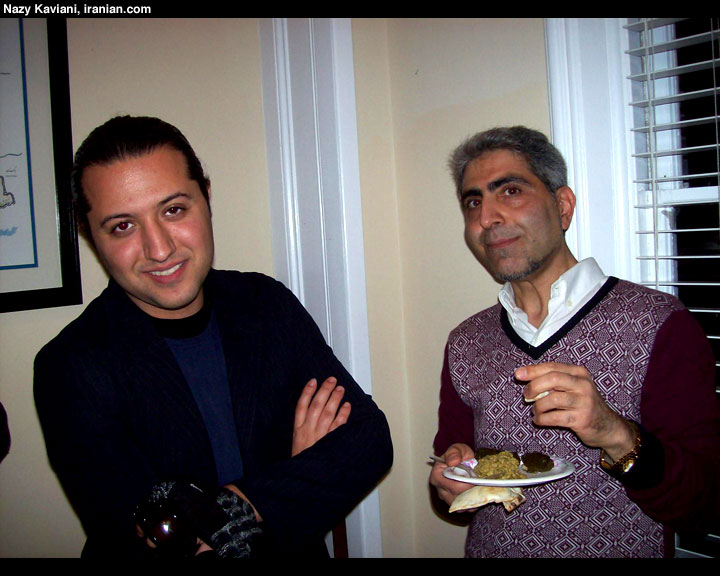 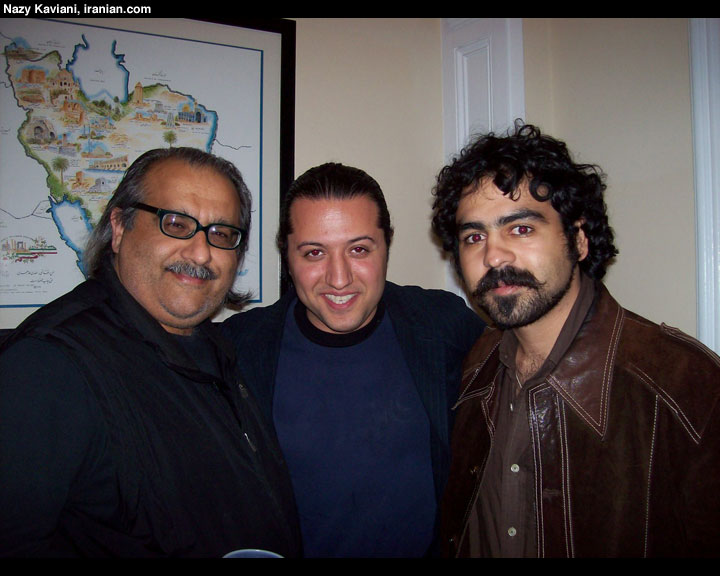 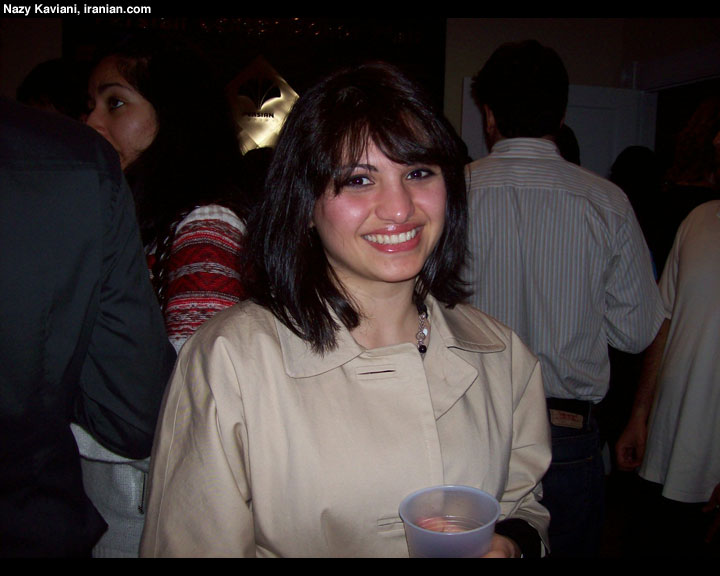 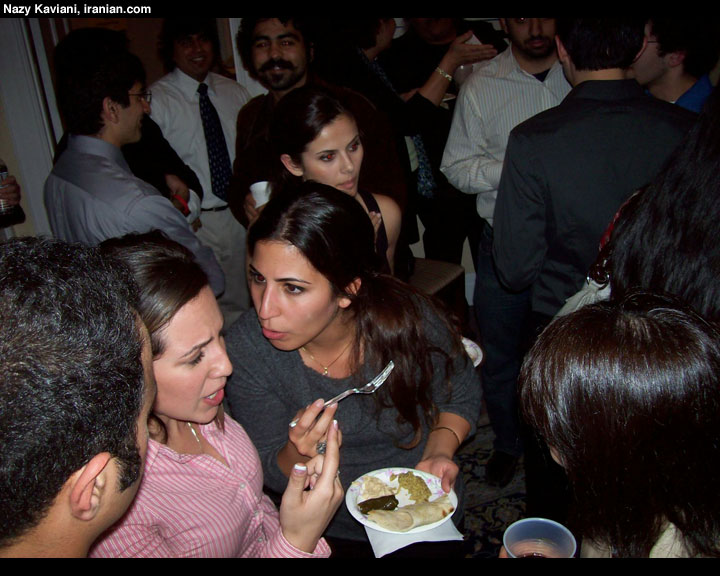 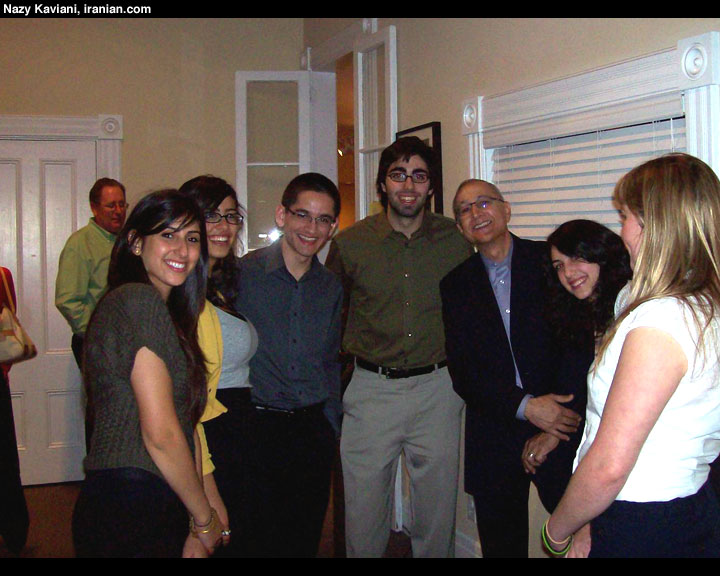 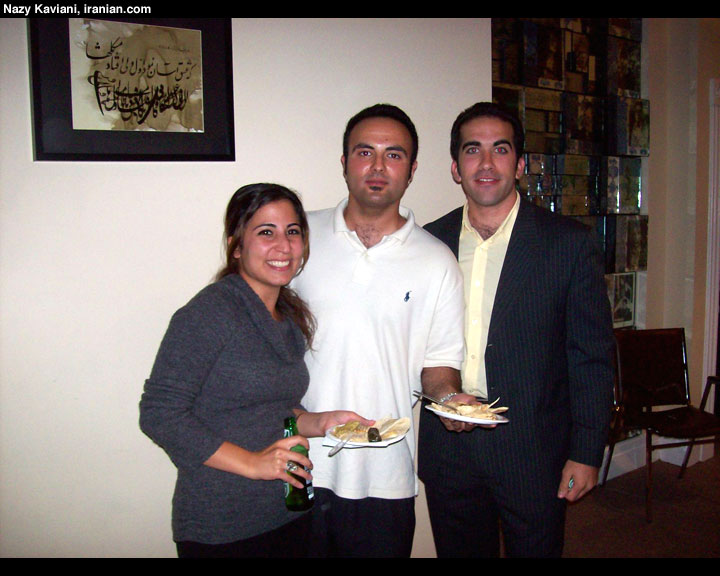 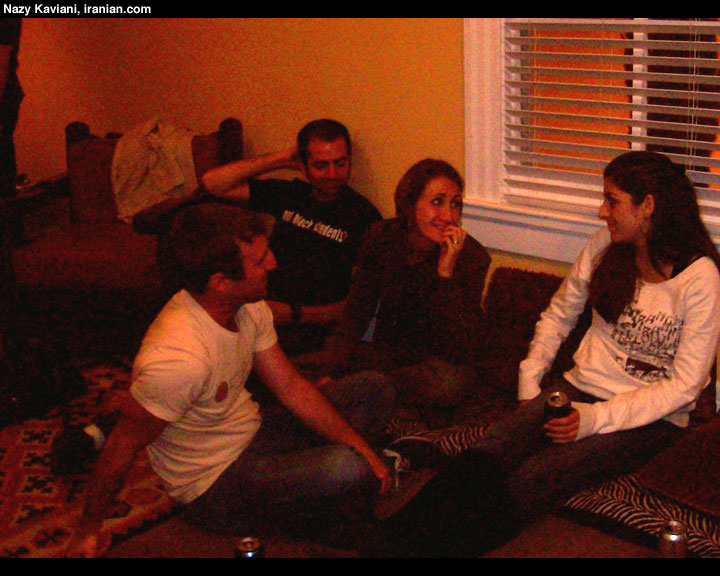 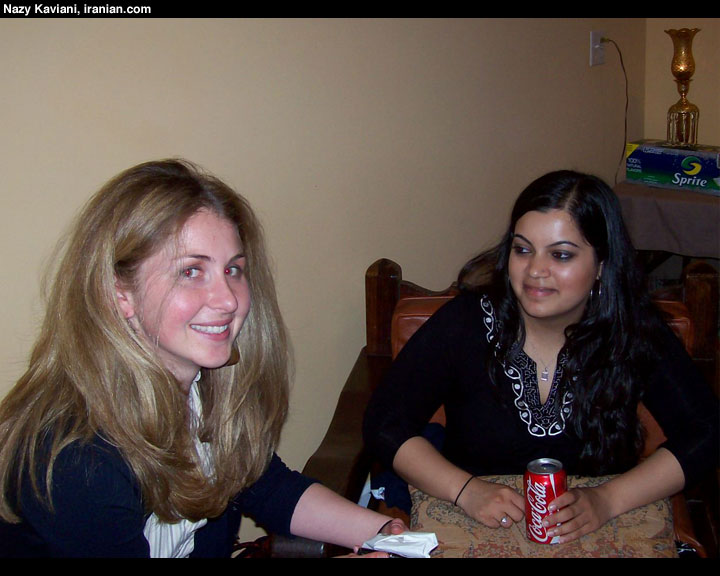 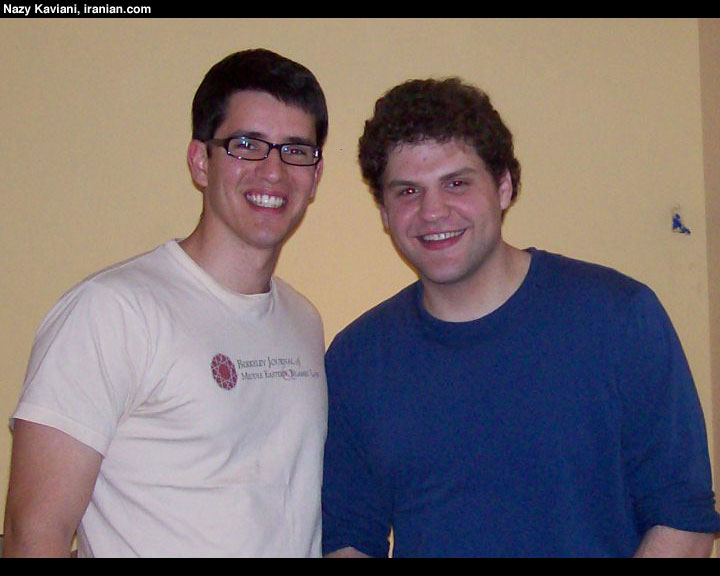 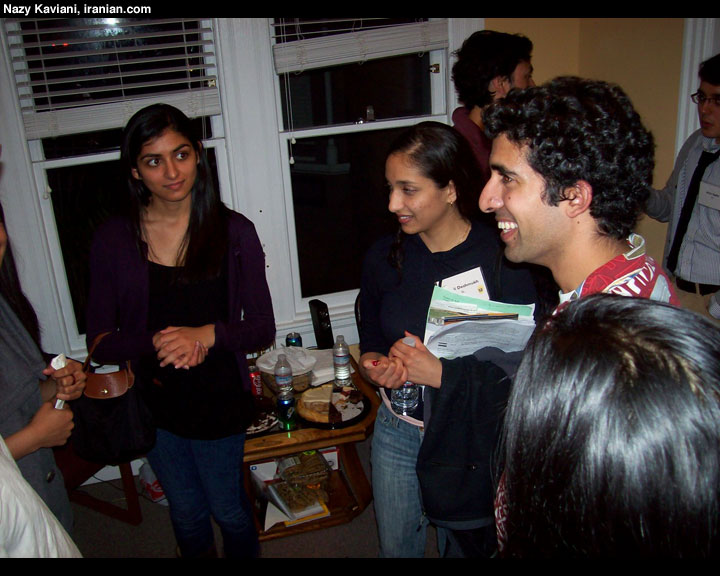 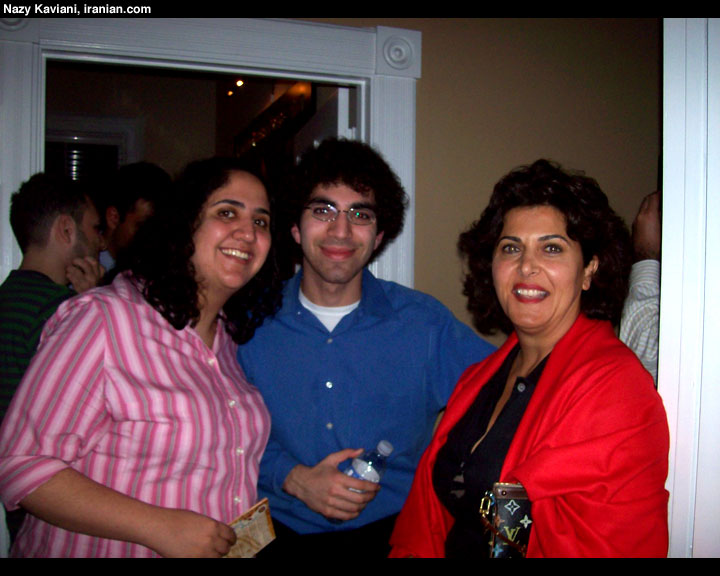 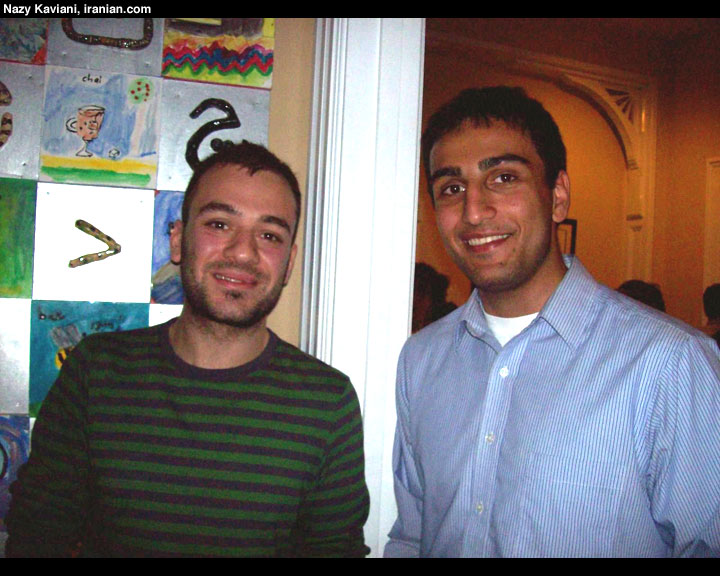 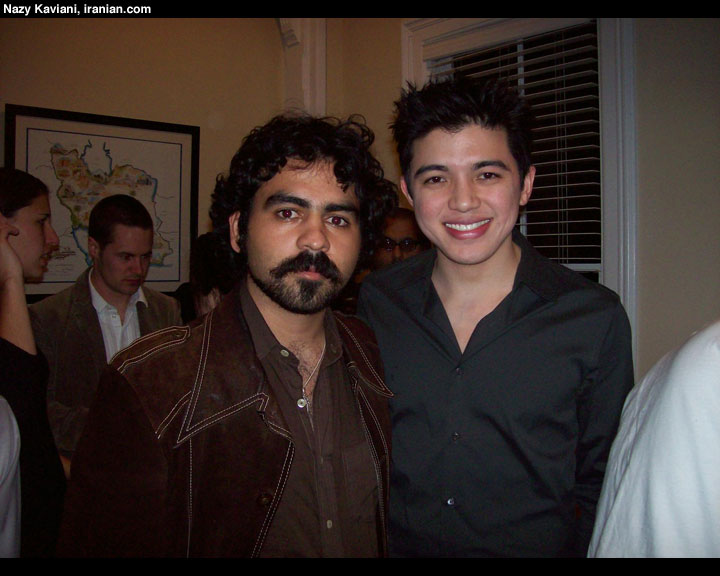 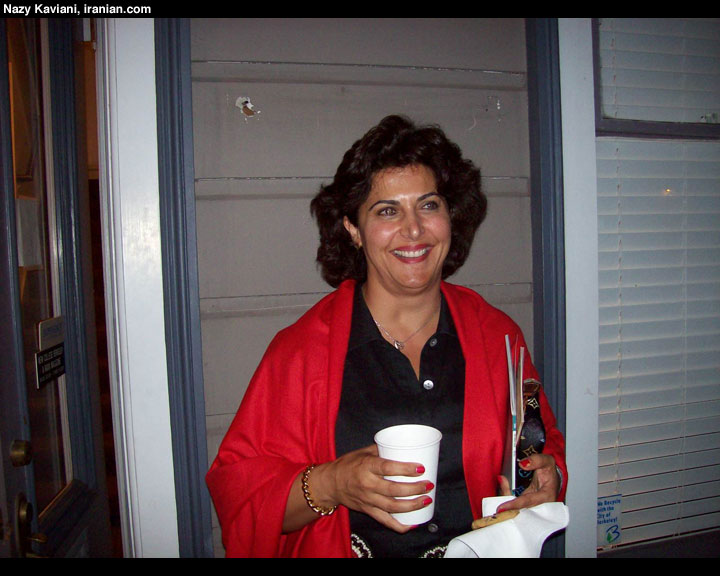