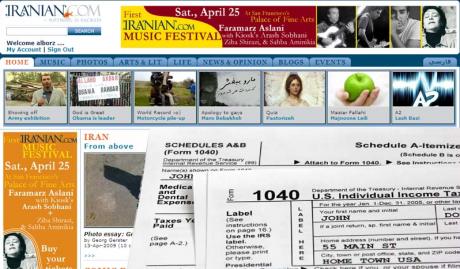 With April 15th just a couple of days away, I asked myself “why am I so late this year?”. While my procrastination was not unusual, the time spent on the “Nothing is Sacred” site was !

In fact I wondered how many other folks on this site are running behind on filing their returns because of time spent on this site.  Could it really be possible that blogging on the raging debates, during the past of couple weeks or the poetry marathons, caused folks to put off that most painful of annual rituals where we part with the money that is never touched.  You know the one that is just a bunch of numbers on an official looking statement that is sent to you every month.

For that matter, could it be that those numbers on that monthly statement are just that and that the Madoff scheme is still in play.  Well it would sure be less painful if the money was really not there and that sending it to the US Treasury would be just a subtraction on just a number.   Otherwise, given the amount of time folks put into blogging, especially when they are posting and responding to a zillion comments here and there, then making blogging a tax deductible activity should be seriously considered.

For example, in a few years, when there are no manufacturing jobs left in the US, could blogging be considered a contribution to civil society?   Massive unemployment could lead to riots if folks were not able to vent online.  Blogging provides a closed form of expression.  For example, you can attack and accuse people, groups, institutions and beliefs with impunity.  You can fabricate, forge and misrepresent because you can and yes, with impunity.  You can also engage in dialogue, discussion, debate and gain insight to what others think, view the world, and develop virtual friendships that never go beyond the keyboard.  It is true that we can be tormented by what others write, but consider the alternative in a society that is armed to its teeth.

Do you think that I am onto something here?  I know blogging does have tax consequences for iranian.com, so I am wondering why can’t it be deductible for bloggers?

PrevPreviousApril 25th Is Just Around the Corner!
NextMeeting the challengeNext