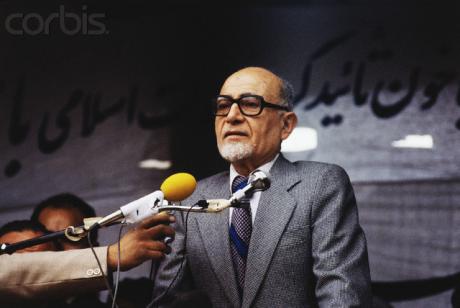 The Former Prime Minister of the Provisionary Government in the Advent of the Islamic Republic and fall of the monarchy, Mehdi Bazargan’s as Deputy in the new Parliament ( with a majority of Clerics) denounces the rising Tyranny of Clerical Rule in Iran. (circa early 1980’s)

Bazargan Warns Parliament on the Rise of a Clerical Absolute Monarchy due to lack of Democracy. As head of his new Party: “Nehzateh Azadi “aka Party of Freedom, He denounces  arbitrary executions and useless violence and lack of Freedom of the Press before Elections. He is violently interrupted in his speach by Cleric Deputies who call for his death by shouting “Marg Bar Bazargan”: