PERSIAN SPAGHETTI: Fardin in his First and Only Western Spaghetti (1968) 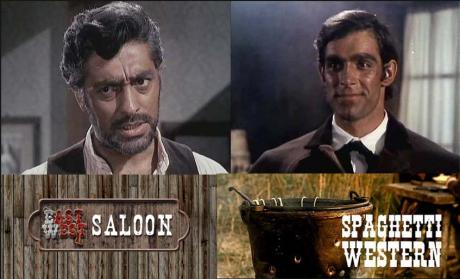 Believe it or not this is an Italian Western Spaghetti Co Produced with Iranian money. Iran’s greatest film Star Fardin co-starred with Italian Star Fabio Testi ( who had a great resemblance to a Blond Sean Conner) . The Film’s Long title was in Italian/English:

Watch the Opening Scene to the end. See if you recognize him, You will be surprised ! ;0)

The story starts with Sanders (Jeff Cameron) and Steven Cooper (Fabio Testi) among those boarding the stage (“Thomy’s Western Express”) for Denver City. En route it is held up by bandits, allowing Stanley (Fardin) to make a decisive intervention and Sanders and Cooper to demonstrate their own prowess with their six-shooters. They bond and swap backstories: Sanders is going to Denver to find the man who stole his gold, Cooper those who killed his family. On arrival, they find the town in the midst of an election, with town boss and mayor-to-be Corbett (Amerigo Leoni / Custer Gail!) and his heavy Johnson (Calilsto Calisti / Anthony Stewens) the men they are after… See Related Blog with POSTER