Why America Is Not A Democracy, But A Republic ! 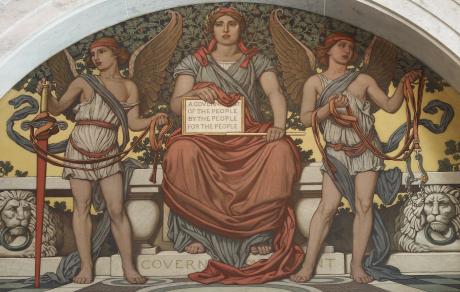 An explanation of the various forms of government and political systems, and why America is not a democracy, but a republic. This presentation is very interesting even if the conclusions are debateable.

The American Form of Government

Glossary of definitions:
despotism – a form of government in which the ruler is an absolute dictator (not restricted by a constitution or laws or opposition etc.)
tyranny – the government or rule of a single person (dictator) or absolute ruler.
spectrum – a broad range of varied but related ideas or objects, the individual features of which tend to overlap so as to form a continuous series or sequence
federalist papers – a series of 85 articles advocating the approval of the United States constitution (1780’s).
oligarchy – a form of government where political power effectively rests with a small elite segment of society distinguished by royalty, wealth, family, military powers, etc. The word “oligarchy” is from the Greek words for “few” and “rule”. .