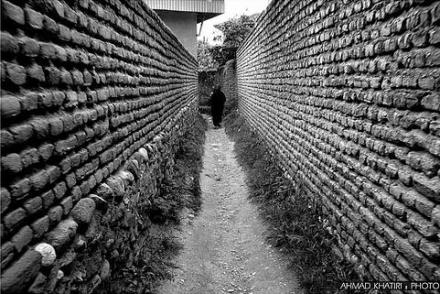 Restoring the Balance
A Middle East Strategy for the Next President
By Richard N. Haass and Martin S. Indyk
(Brookings, $24.95)

REVIEW
A familiar specter is haunting foreign policy circles, hovering in particular over liberal experts and intellectuals, compelling them to re-examine their views on two former ideological adversaries, namely Richard Nixon and Ronald Reagan. In an exceptional turn of events, the two ex-presidents are being unanimously hailed as a pair of foreign policy visionaries–Nixon for going to China, and Reagan for embracing Mikhail Gorbachev. The specter, of course, is Henry Kissinger.

Nowhere is this transformation better evident than in the debate about Iran. These days, the new conventional wisdom in Washington advocates the pursuit of a diplomatic solution with Tehran. The only existing disagreement is not over whether to negotiate but when to negotiate. Some believe that Washington must wait to reach out to Tehran after Iran’s presidential elections in June. Others contend that waiting is unnecessary since the key figure to reach out to, the Supreme Leader, will remain the same.

In their book Restoring the Balance: A Middle East Strategy for the Next President, Richard N. Haass and Martin S. Indyk tackle the subject of Iran from multiple angles to arrive at a Kissingerian solution. Though the book covers a gamut of pressing issues in the region–from Iraq policy, to Arab-Israeli peace, to nuclear proliferation–Iran is the major common theme throughout much of their discussion. Its authors present as new an approach that is reminiscent of the old dual containment policy of carrots and sticks, except that the carrots are far from tangible and the sticks hardly defined. They acknowledge Iran as a tough challenge but, they argue, diplomacy can work because the regime does ultimately care about its immediate interests.

However, the question that goes unanswered is this: What reward could the U.S. possibly offer Tehran that could not only trump the allure of nuclear hubris but also substitute for the regime’s anti-American fabric, of which its very identity is made?

Even if such a carrot were to magically sprout, the delivery of it to so fractured a regime would be a monumental feat. The Islamic facade of Iran’s regime keeps us, in the West, so focused on our ideological divisions that we fail to see the commonalities in what plagues our politics. Much of Iran’s economy and political infrastructure is in the firm grip of a handful of mafias. If there were to be a negotiation with Iran, the task of finding a reliable partner among the bosses would be daunting.

The fate of Iran’s leaders in the past 30 years best demonstrates the impermanence of power among them. Ever since 1979, the vast majority of the country’s leading figures have either fallen from grace–like former President Abolhassan Banisadre who defected to France, or Foreign Minister Sadegh Ghotbzadeh who was executed, or Ambassador Mohammad Hossein Moussavian who was imprisoned–or they have lost momentum and popularity, like former President Mohammed Khatami. Iran’s leadership landscape is quicksand.

But let us suppose that the miracle carrot was on hand and a single leader existed in Iran. Still, a major shift would first have to occur for the carrot-and-stick approach to succeed. At the heart of the proposal by doctors Haass and Indyk is a recommendation for political surgery to incise a “realistic and legitimate Iran” from its conjoined evil twin, “revolutionary Iran,” which is driven by the zeal and impulses that defined Ayatollah Khomeini’s rule.

It is here, in the strategy of separating a revolutionary state from its revolutionary moment, that a familiar vision and voice from the past reverberates. This view gives no heed to the ideals that spark revolutions in the first place. It cloaks its disregard for the subject of revolution in “pragmatism.” Its foremost architect, Henry Kissinger, remains the perennial muse of the imagination of American foreign policymakers.

Nearly four decades ago, Kissinger introduced his policy to deal with communism, which in essence moved the U.S. to recognize the 1917 Bolshevik revolution and the 1949 Chinese revolution. His doctrine accorded legitimacy to an established revolutionary state in the hopes of isolating it from the revolutionary movements and moderating its international behavior.

The revolutionary governments were served judicious helpings of carrots and sticks–the heartiest carrot being the accord of legitimacy itself, and the lesser being an array of trade and economic deals. The stick was America’s massive military superiority, and her network of “regional gendarmes,” such as Iran and South Vietnam at the time, who were to maintain U.S. influence in strategic areas of the world without overt presence. Kissinger argued that, after Vietnam, military intervention was not a viable policy for the United States.

Today, Kissinger claims that the demise of America’s totalitarian rivals did not come as a result of the triumph of American democratic ideals. Rather, it came through the triumph of his policy toward the Soviets, which led to confrontational Reaganite tactics and the subsequent end of the Cold War. This point especially matters to Haass and Indyk in making their Iran proposal. That the authors agree that it was, indeed, the Kissinger Doctrine that broke the Bolsheviks’ backs and pushed China toward more openness can be deduced from the model they propose for Iran.

However, there is a glaring distinction not simply between Iran and the former Soviet Union, but also between the Henry Kissinger of the late 1960s and his American counterparts in the new century. Whether it was the kidnapping and assassination of the Chilean General Rene Schneider, or supervision of extensive bombing raids into Laos and Cambodia, Kissinger’s political calculus could never be called humanitarian. Yet he was always deeply engaged with the details of the internal politics of the country of his focus.

Haass and Indyk, on the other hand, while maintaining the same pragmatist disregard for the plight of Iranians, admit to a broad and general lack of understanding of critical details related to Iran: “Previous U.S. attempts to play on internal political dynamics in Iran have all proved counterproductive; the United States simply lacks the knowledge and the guile to do so effectively.” Beneath all carefully crafted proposals of carrots and sticks for Iran, there is a clear message for the region, that once again American interests, not American ideals, will drive the U.S. foreign policy.

And there lies the glaring omission. The revolutionary movement that Indyk and Haass propose we excise is only a hollow posture when it comes to Iran’s regime. But for the nation–for the young women who have spurred the grassroots One-Million-Signature campaign for equal rights, for the bus drivers who want their own union, for the scores of journalists and bloggers who languish in prisons, that movement is everything.

What if the U.S. were to turn its back on the plight of Iran’s nation to embrace its government? If so, America is not about to blaze a new path. Rather, once again, as in the time of the Shah, the U.S. will align itself with those whom the nation regard as oppressors. It was precisely such an alliance that sparked the anti-imperialist fury among ordinary Iranians, which Ayatollah Khomeini exploited. That fury became the bonfire we now call the Iranian revolution of 1979.

AUTHOR
Ramin Ahmadi is the author of several books of criticism in Persian and the co-founder of the Iran Human Rights Documentation Center. First published in Forbes.com.

PrevPreviousWhy America Is Not A Democracy, But A Republic !
NextChanging Face of Iranian American RacismNext