Stereotypes about Persian/Iranian women and men 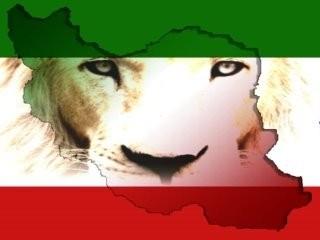 I can’t believe no Iranian has made a blog about this ridiculous “issue” yet.

I don’t want this article to be boring so I’ll make it short and just get to the basics involving these “stereotypes” (If you can even call them that).

First of all, I can’t believe the level of immaturity amongst some of these so called “Iranians” who talk constant crap about their own people on this site (They sure as hell are a minority in the Iranian community, that’s for sure)… these idiots seem to take one isolated case or something they read about Iranian men or women on the internet (HAHAHAHA) and exaggerate them/it by a thousand, barking like low-life dogs. These baffons (both the women and men) are self-hating douche-bags that wouldn’t know Persian/Iranian culture or values, even if it hit them in the face.

Now to these selfhating losers who complain 24/7. You idiots do realize that when you’re talking crap about your own people, your enemies, the people who hate you (Afghans, Pakis, Arabs etc..) take advantage of this situation and laugh at you, or try to spread this crap themself, right? And it is very obvious that you dumbasses who spread this “stereotype” are only doing this out of anger, mainly because of what you read about this Iranian women writing about Iranian men or Iranian man writing about Iranian women, without thinking or realizing that maybe he/she is either a non-Iranian trying to ruin the image of Iranians, mess up the Iranian community, or that they’re just minority of morons with no life. I mean think for a second and be smart ONCE IN YOUR PATHETIC LIVES! Realize that by your ignorant barking, that you’re only adding more fuel to the fire, and you’re not a part of the solution, but the problem.

This crap only goes on the Internet, and even that is a rarity to see amongst you Iranians. Just because you see 2 or 5 articles on the internet about a dumb b1tch talking about Iranian men or a low-life homo talking about Iranian women does not mean you have to flip out to get back at them or exaggerate the situation like your fvcking life depended on it, simply ignore it or atleast answer them back by revealing their exaggerated bullsh1t, do not insult your own people, because when you do (doesn’t matter whether you’re insulting a Iranian/Persian male or female) you’re insulting your mother, father, brother, sister, culture, history, people, country etc….. Get some pride in yourself and stop acting like low-life selfhaters.

You people need to learn the differene bewteen reality and internet life, cause anyone, under any title or nationality can write crap about others and fool ignorant simple-minded people like you… In reality, you do not see Iranian behaving IN ANY WAYS like they do in your “stereotypes” (I say “steroetypes” because in my 30 years of life, I have never heard these disgusting things about Iranians until I came to this site). GROW UP!

I’ve also realized that stereotypes have been said about Iranians out of nowhere since the Internet got famous or was used in mass, makes you think, huh?

One more thing I would like to say, I blame sites like this that allow such vile things to be said about Iranians, without punishment.

All in all, stop complaining so much and actually go out and do something positive for your own people, instead of barking.