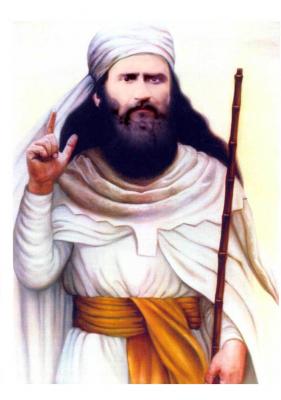 Zoroastrianism (pronounced /ˌzɒroʊˈæstri.ənɪzəm/) is the religion and philosophy based on the teachings ascribed to the prophet Zoroaster, after whom the religion is named. The term Zoroastrianism is, in general usage, essentially synonymous with Mazdaism, i.e. the worship of Ahura Mazda, exalted by Zoroaster as the supreme divine authority.

Zoroastrianism is uniquely important in the history of religion because of its possible formative links to both Western and Eastern religious traditions.[1] In the opinion of Mary Boyce, as “the oldest of the revealed credal religions”, Zoroastrianism “probably had more influence on mankind directly or indirectly than any other faith”.[2][3]

The term Zoroastrianism was first attested by the Oxford English Dictionary in 1874, in Archibald Sayce’s Principles of Comparative Philology. The first surviving reference to Zoroaster in Western scholarship is attributed to Thomas Browne (1605–1682), who briefly refers to the prophet in his 1643 Religio Medici. The OED records 1743 (Warburton, Pope’s Essay) as the earliest reference to Zoroaster. [4]

The term Mazdaism (pronounced /ˈmæzdəɪzəm/) is a typical 19th century construct, taking Mazda- from the name Ahura Mazda and adding the suffix -ism to suggest a belief system. The March 2001 draft edition of the OED also records an alternate form, Mazdeism, perhaps derived from the French Mazdéisme, which first appeared in 1871. The Zoroastrian name of the religion is Mazdayasna, which combines Mazda- with the Avestan language word yasna, meaning “worship, devotion”.

In the English language, an adherent of the faith commonly refers to him- or herself as a Zoroastrian or, less commonly, a Zarathustrian. An older, but still widespread expression is Behdin, meaning “follower of Daena“, for which “Good Religion” is one translation. In the Zoroastrian liturgy, the term Behdin is also used as a title for an individual who has been formally inducted into the religion (see navjote for details).